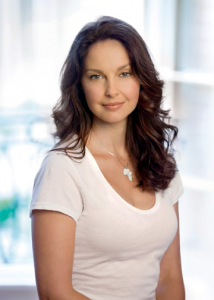 The keynote speakers for the American Counseling Association 2013 Conference & Expo in Cincinnati (March 20-24) are well known in their respective fields. The circles in which they are famous and the perspectives from which they view the counseling process are quite different, however.

Actor, humanitarian and mental health advocate Ashley Judd will present the conference’s opening keynote on March 22. Allen Ivey and Mary Bradford Ivey, counselors with a strong background in neuroscience, will follow on March 23 with a keynote titled “What Counselors Need to Know About the Intersection of Neuroscience and Counseling.”

The Iveys have been researching neuroscience and its implications for the counseling profession since the 1970s. Allen is distinguished university professor emeritus at the University of Massachusetts, Amherst and courtesy professor at the University of South Florida (USF). He is a life member and fellow of ACA and the originator of the influential microcounseling framework and developmental counseling and therapy. He has authored or co-authored more than 40 books and 200 articles, and his work has been translated into 20 languages.

Mary is a national certified counselor, a licensed mental health counselor and courtesy professor at USF. Her areas of expertise include writing, independent consulting, school guidance and applying her consultation skills to school and management environments. Mary was one of the first 13 individuals honored with ACA fellow status.

“We feel honored and excited that we will present a keynote in Cincinnati on the relevance of neuroscience to counseling,” Allen says. “The basis for our presentation is the scientific finding that counseling changes the brain and that virtually all that we are doing [as counselors] is now backed up by neuroscience research. Neurogenesis, the development of new neurons and neural connections, occurs throughout the life span, even among the most aged. This possibility for human growth never ends.”

“Counseling has always been on the right track with its emphasis on wellness and client strengths,” he says. Attendees of the Iveys’ keynote can expect to hear the phrase brain-based counseling, which, Allen says, “means that all our efforts are making distinctive differences in the client’s brain.”

The topic of neuroscience has gained much momentum in the counseling profession since the Iveys first presented on it at the 2008 ACA Conference in Honolulu. “We had a moderate response in Hawaii, but interest in neuroscience has multiplied extensively, and we feel lucky that many more counselors are now seeing its potential,” Allen says. “A lot has happened since that early presentation, and we have seen many new breakthroughs that increase our understanding of the counseling process and how we can help clients more effectively. We are eager to share some of our discoveries of the past few years. At issue is using this knowledge so that we can more effectively reach clients and help them achieve their goals.”

The Iveys will highlight empathy in their presentation as an example that counselors’ methods have been on the right track from the early stages. Says Mary, “Empathy has long been basic and central to our profession and to our personal identity as counselors. Carl Rogers has shown us the importance of empathy and seeing the client’s world as he or she experiences it. Counseling could be described as the empathic profession. Now, empathy can be identified through observation of brain activation through functional magnetic imaging. One of the more interesting studies [investigated] brain patterns of a client and a counselor in a real interview. Moments of highly rated empathic communication between the two showed in parallel brain processes.”

The Iveys emphasize that ACA members already understand the importance of working with their clients’ strengths and focusing on wellness in their practices. However, Allen adds, “knowing the power and influence of the limbic emotional system enables us to become even more aware of the need to facilitate positive emotions and effective decision-making.”

He cites strategies such as cognitive behavior therapy and stress management as “key part[s] of our practice, for we are indeed seeking to help our clients manage their thoughts, feelings and behaviors more effectively.”

Another part of the Iveys’ presentation will explain how using Therapeutic Lifestyle Changes (TLC) as a treatment option can help clients manage their thoughts and behaviors effectively.

“TLCs are all oriented toward a positive wellness approach to body, mind and human development,” Allen explains. “We have spent far too much time on repair, when a reorientation to building on existing and future strengths will move us to health and wellness.”

In their keynote, the Iveys will cover the “big six” TLCs, which include the improvement of social relationships. Allen points out that this is what much of counseling has traditionally been about. All six TLCs strengthen client cognitions and emotions, he says, leading to better mental and physical health.

Mary states that prevention activities and social justice action are also strongly supported by neuroscience research and writing. “Evidence is clear that poverty, hunger, trauma — for example, neighborhood shootings — and abuse can actually slow or even destroy brain growth,” she says. “On the other hand, children and adolescents are resilient, and counselors can facilitate normal growth, and we do much to prevent these problems in the community.”

“Thus,” Allen says, “one of our central messages is that counselors have a responsibility for neurogenesis and neural growth in our clients and in their communities. We can only do this with a positive wellness approach to human change. Through TLCs, stress management and social action, our profession can and will make a significant difference for our clients.”

The Iveys will discuss these and other topics in more detail during their keynote in Cincinnati.

The other side of the coin

Ashley Judd can speak to that “significant difference” from a different perspective. In 2006, Judd, who has starred in 30 films and multiple TV shows in her career, spent time at an intensive inpatient treatment program at Shades of Hope, an addictions center in Buffalo Gap, Texas, to help her cope with a long-standing struggle with depression.

At the time Judd checked in to Shades of Hope, her sister, country music star Wynonna Judd, was being treated for an eating disorder at the same center. Ashley told Esperanza that after the counselors witnessed her acting out symptoms of a compulsive disorder, such as constantly tidying up her sister’s room, they suggested that she check into the center herself. She agreed.

“What I said was, ‘I’m so tired of holding up all this pain. I’m so glad to come to treatment,’” Judd told Nightline in an interview about her time in treatment. “God saved me from being angry, and it impairs my ability to be of service to another human being.”

Judd wrote in her memoir, All That Is Bitter & Sweet, that her depression, which began at age 8, stemmed from a childhood filled with abuse and loneliness, as her mother and sister, the famed country music duo, The Judds, would leave her at home when touring across the country.

Esperanza reports that Judd went to 12 schools in 13 years, and this insecurity, coupled with feelings of loneliness, fed into her depression as well as a fear of the unknown. “I remember what it was like for me … when I was living in a perpetual state of anxiety,” she told the magazine. “It feels like you can’t breathe properly. Every thought you have brings more stress, and for me, the most frustrating part was that I felt powerless to change it. The really frustrating part is that a part of you recognizes that you are doing it to yourself. But there’s this inexorable force pushing you down, and what’s really [messed] up is that you end up hurting your own feelings. I’m good at creating these dead ends for friends and loved ones where it makes it impossible for them to help.”

Judd acknowledges acting out through fits of rage and cleaning frenzies in an attempt to cope with her feelings of depression and anxiety.

But according to Judd, her treatment experience at Shades of Hope was both successful and life changing. Following her positive experience, she became an advocate for the therapeutic process. She will be speaking about that experience during her keynote at the ACA Conference.

In 2010, Judd graduated from Harvard University with a degree in public administration and has found new meaning through charity work and spending time as a political activist and humanitarian focusing on issues such as AIDS, poverty and women’s issues.

She is a global ambassador for YouthAIDS, a global health organization targeting malaria, HIV and reproductive health, and has been a member of its board of directors since 2004. Judd has traveled with the organization to places affected by illness and poverty such as Cambodia, Kenya and Rwanda.

In 2011, Judd joined the Leadership Council of the International Center for Research on Women and is involved with other organizations such as Women for Women International and Equality Now.

In April, Judd wrote a piece for The Daily Beast slamming the media for speculating over what they called her “puffy” appearance and incessantly commenting on the appearance of women and girls everywhere. “The assault on our body image, the hypersexualization of girls and women and subsequent degradation of our sexuality as we walk through the decades, and the general incessant objectification is what this conversation allegedly about my face is really about,” she wrote.

Judd also advocates for more public acceptance of mental health issues in society. “Unfortunately, there’s still a huge stigma around all kinds of mental illness, and depression in particular,” Judd told Esperanza. “It’s odd. We don’t stigmatize people with epilepsy, which is another debilitating disease. I think the disease element of depression needs more traction. People need to understand that depression isn’t just a matter of being sad. It’s a condition and a real illness. It’s actually a full-blown public health issue. But right now … talking about depression is like coming out. And … I don’t mind being one of the first to talk about my so-called little secret.”

For more information on the ACA 2013 Conference & Expo, visit counseling.org/conference.