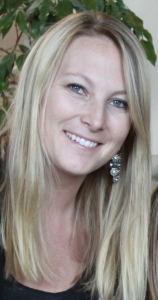 As of this past February, the Centers for Disease Control and Prevention continued to estimate that the rate of autism in the United States was on average one in every 110 children. “Challenging behaviors” is a broad term generally used to refer to any behavior that is a barrier to an individual achieving a specific outcome or goal. For an individual with autism, an outcome or goal might be as broad as inclusion in a general education classroom or as specific as walking independently from the car to the front door of a residential setting.

Individuals with autism may exhibit a range of challenging behaviors. These may include aggressive behavior toward others such as hitting or biting, self-injurious behaviors such as head banging or eating dirt, noncompliance such as throwing oneself on the floor or screaming during a class activity, and property destruction such as punching windows or breaking educational materials. Other common behaviors include spitting, nose picking, repetitive reciting of lines from movies or TV shows, obsessions with specific topics such as trains or animals, and restricted food preferences. Self-stimulatory actions or “stims” may also become challenging behaviors if they serve as barriers to reaching the desired goals for the individual. Stims include but are by no means limited to hand flapping, rocking, toe running, head shaking and teeth grinding.

A challenge for community and school counselors

Community and school counselors are often called on to address the challenging behaviors of individuals with autism despite having little to no training in this area. With a major push in the field to focus on “proven” therapies for this population, the National Standards Project, a primary initiative of the National Autism Center, addressed the need for evidence-based practice guidelines for autism spectrum disorders (ASDs) by reviewing the available research regarding treatments currently being used. The National Standards Project sought, among other things, to “provide the strength of evidence supporting educational and behavioral treatments that target the core characteristics of these neurological disorders.”

Various treatments were rated as:

The utilization of behavior therapy is often a very small part of counselor training programs. Based on the proven effectiveness of this type of treatment, teaching counselors how to apply basic behavioral principles with this population and their families is important. This knowledge is absolutely imperative for a counselor practicing in a rural area where the availability of specialists in the field of applied behavior analysis is limited or nonexistent. For a comprehensive overview of treatment interventions, counselors can download a copy of the National Standards Project report at nationalautismcenter.org.

In professional and popular literature, individuals with “classic” autism and other ASDs such as pervasive developmental disorder or Asperger’s disorder may be divided into distinctly different population categories. Thus, it is important when reading published literature to understand clearly the population to which the authors are referring. For the purpose of simplicity, in this article, individuals diagnosed with autism will be included under the umbrella of ASDs.

Individuals with ASDs demonstrate a wide range of symptomology depending on which areas of the brain have been affected. Distinct differences also exist depending on whether the onset of symptoms was apparent from birth or regressive in nature. Thus, counselors at intake should gather information related to the client and the family’s interpretation of the diagnosis and future prognosis.

Autism does not discriminate on the basis of factors such as race, ethnicity, socioeconomic status, religion, culture or age, although “pocket” locations where increased diagnoses are reported do exist. Behavioral strategies must be developed and implemented based on the individual’s needs in the context of his or her unique paradigm.

For example, while working with a family that recently had relocated from India, our team of practitioners initially neglected the importance of taking the experimental research and applied behavioral instruction and making it “translational” by accounting for the other contextual factors not necessarily included in a functional behavioral analysis. The behavior therapists initially perceived this particular family to be noncompliant with treatment. Upon further investigation, however, we discovered that in the family’s culture, the norm was for “children to be children.” This meant behaviors that the majority culture might consider unacceptable, such as climbing on the couch or eating while running around instead of at the table, were expected and even relished as “good” behaviors typical of children in their culture. We adjusted our behavioral goals to take into account the family’s paradigm, and we achieved the projected success rates for behavioral change.

A significant body of research also shows that the rate of divorce is higher among parents of children with autism than among parents of children with disabilities such as Down syndrome or parents of typically developing children. Therefore, marital status often plays a role both in developing behavior plans and in implementation of effective techniques in terms of logistic concerns and the level of support a parent or guardian might need to follow through successfully.

There is also the controversial issue of whether individuals with autism constitute their own culture and should be treated accordingly rather than being the focus of efforts that try to “fix” their behaviors to fit in with the norms of the majority (non-autistic) culture. Depending on the upcoming revisions to the Diagnostic and Statistical Manual of Mental Disorders, much more may be written about this specific topic.

Before developing a behavioral intervention, counselors should check with clients and their families regarding which behaviors they see as important to achieving the overall goals. For example, although the majority culture perceives the issue of peer interaction as critical, some higher-functioning clients with ASDs may not want to engage in more social behaviors. They may want to focus on treatment to reduce symptoms related to anxiety in public places rather than on appropriate socialization in those settings. The key is working as a team to decide which changes in behavior would produce the most significant perceived change for clients and their families.

Assessing the function of a behavior

The objective assessment of the function of a behavior prior to treatment is imperative to ensure ethical treatment. This can be challenging because clients with ASDs have inherent difficulties stating their needs, either because they are nonverbal or lack effective conversational skills. Although the family or other caregivers can provide subjective guesses as to why a particular behavior is occurring, it is important for counselors to collect some baseline data and to conduct some important rule-outs.

After the initial intake and preliminary goal setting, counselors should clearly define the behavior and gather some basic data to determine factors such as function and frequency. Clearly defining a behavior, or set of behaviors, means taking the initial descriptions from the client, family, caregivers or other professionals and then writing out the targeted behavior so that all parties agree. For example, a parent or teacher might commonly define a behavior as a “tantrum” or a “fit.” It is important to determine the specific behaviors being targeted because a tantrum for one person might involve screaming and throwing himself or herself to the ground; for another individual, it might mean stomping his or her feet and throwing items while crying.

Terms such as baseline data and functional analysis are outside the repertoire of many counselors, but they are important skills to acquire. Taking some basic preliminary data (for example, how many behaviors occurred per day prior to starting the intervention?) and subsequently following up with post-treatment data (how many behaviors occurred per day after two weeks of continuous treatment?) provides counselors with documentation regarding whether the treatment they recommended or implemented for measurable behaviors is resulting in the desired change.

In the field of behavior analysis, it is generally agreed upon that all challenging behaviors have some basic functions. These include escape or avoidance, access to a tangible item or activity, attention from others or self-stimulation. To determine the function of a behavior, counselors can teach parents or staff to take “ABC” data. In the most simplistic terms, this involves writing down the antecedent (what happened before the behavior), the behavior (exactly what happened) and the consequence (what happened after the behavior). This information will drive your treatment.

In a third scenario, Bob screams and throws things at the table after eating when he hears the announcement “Time to clean up.” A staff member removes Bob and takes him back to his room to play video games and calm down. The function of Bob’s behavior may be to escape the task of having to clean up. In this case, he also receives the positive reinforcement of getting to play his video games. The treatment might be to teach Bob, at a time not paired with meals, how to perform the expected cleaning duties (take his plate to the sink, put his glass in the dishwasher, wipe his mouth, wash his hands and so on). Giving Bob access to his favorite video games can heavily reinforce this good cleaning behavior and the absence of screaming and throwing things. For example, for every two minutes of cleaning, Bob earns 15 minutes of playing his favorite video game. When he screams and throws things, the video games go away.

In each of the scenarios, Bob’s challenging behavior was the same, but it functioned in three different ways: gaining attention, gaining access to something tangible and escaping from a demand.

After you have collected your baseline data and before beginning treatment, it is also advisable to consider reviewing the least restrictive treatment strategies for addressing challenging behaviors. These might include a medical rule-out for a coexisting condition. For example, a child might not be crying and hitting during music class because he doesn’t like the music but rather because he has developed an ear infection and the frequency and confined space hurt him. Similarly, a young girl with autism who has been toilet trained for a long time begins having accidents when she is in class. She might not be trying to escape classwork but rather has a urinary tract infection.

In summary, providing effective treatment for challenging behaviors for individuals with ASDs begins by conducting a comprehensive intake that includes looking at contextual variables, collecting baseline data and ruling out any coexisting conditions such as an illness, side effect from medicine or seizure activity. Next design a treatment and communicate it clearly to your client, the client’s family or caregivers, and other staff. Then collect data to ensure that the targeted behaviors are being significantly affected by the treatment that has been implemented. Finally, revise the treatment, if necessary, on the basis of the data you collected.

Working with individuals with ASDs to develop effective treatment is as varied as working with any other counseling population. But for many of us, the outcomes produced are worth the little bit of extra effort required.

“Knowledge Share” articles are based on sessions presented at ACA Conferences.

Chris Mann Sullivan, a licensed professional counselor and Board Certified Behavior Analyst, has more than 18 years of experience working directly with adults and children with autism and related disorders. In addition to her work in public schools and community agencies, she served as a program director for a private day school for children with autism spectrum disorders. She has also worked on teams conducting research studies related to families and autism. She trains and presents nationally and internationally. Contact her at dr.csullivan@ymail.com.