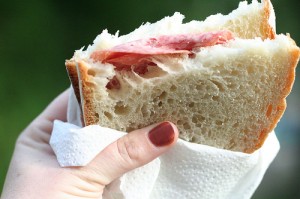 As the fifth edition of Diagnostic and Statistical Manual of Mental Disorders (DSM-V) is set to be released in May, counselors are preparing for the changes that will come along with it, including the inclusion of binge eating disorder as a mental illness.

Binge eating disorder had previously been listed as “under review” because symptoms can sometimes be similar to mood disorders such as depression and anxiety.

The disorder is identified by “a sense of lack of control over eating during the episode” with the individual also exhibiting three or more of the following:

However, Eric Cowan, a professor in the Department of Counseling and Graduate Psychology at James Madison University, has reservations about the new classification.

“Binge eating has long been recognized by clinicians as a compensatory symptom and one possible manifestation of any number of underlying disorders,” says Cowan, a member of the American Counseling Association who co-wrote a Knowledge Share article about bulimia in the December issue of Counseling Today. “However, I think that making binge eating a discrete diagnosable disorder will create a problem for some clinicians.”

Cowan says he is concerned that there will be too much overlap between individuals whose disordered eating could be considered a mental illness and those who tend to display what he calls “problematic eating” behaviors but are otherwise normal.

“This is especially true,” Cowan points out, “in that our culture’s relationship with food, both physically and emotionally, could be considered disordered. In other words, because the criteria for binge eating disorder are behaviorally based and a person either meets the criteria or not without regard to other contextual and relevant factors, it could pathologize behaviors that in the past we have considered as within the range of the ordinary. We don’t have this issue with other eating disorders. Both anorexia and bulimia have associated behaviors and symptoms that are clearly disordered, such as the severely altered perception of one’s own body or purging behaviors. Binge eating disorder, on the other hand, is somewhere on the continuum of eating behaviors that includes mere habitual overindulgence.

As with all diagnoses, Cowan warns that there is now a danger of losing information, as counselors must fit clients’ symptoms into narrower categories.

Clients may also be impacted by the change in that more of them will fit the criteria for a mental disorder, he adds.

“In reclassifying these behaviors as pathology,” Cowan continues, “we are not merely diagnosing, we are also communicating, both with other mental health professionals [and also with clients] about how they should think about themselves.”

Some practitioners contend that adding binge eating disorder to the DSM will allow clients to receive treatment with insurance coverage and allow mental health professionals to seek insurance reimbursement. But Cowan disagrees.

“I don’t think that not having binge eating disorder in the DSM-IV hindered mental health professionals from getting insurance reimbursement,” he says. “Almost always, significantly disordered eating is a symptom of underlying problems of thought or affect that are themselves discrete diagnosable disorders for which insurance reimbursement is accepted. Not to mention that binge eating could always be classified as Eating Disorder NOS.”

But what strikes Cowan most about classifying binge eating as a mental illness in the DSM, he says, is “that these symptoms are invariably a manifestation of a more fundamental disorder of self. The binge eating behaviors stand in for underlying processes involving affect regulation, self esteem and so on. Though the DSM system does not intend to address causation, the myriad ways in which these self disorders can manifest must make us cautious about reifying any one configuration of symptoms and assuming that because we have named it we have also better understood it. All normal behaviors that are taken to an extreme can be classified as pathological. We have to be careful about where, for the sake of helping our clients, we draw the line on the continuum.”