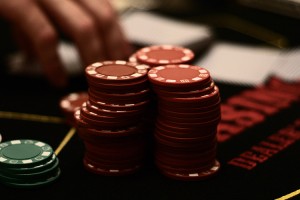 The number of online gamblers who exhibit problem gambling behaviors has increased dramatically in the past decade, according to reports. However, online gambling addiction did not find its way into the soon-to-be published fifth edition of the Diagnostic and Statistical Manual of Mental Disorders (DSM-V), and future editions don’t seem to have plans to feature it any time soon — which troubles some addictions counselors and problem gambling specialists.

Julie Hynes, the problem gambling prevention coordinator at Lane County Public Health in Eugene, Ore., believes the reason online gambling has yet to be recognized by DSM-V is because it is still a relatively new problem on the radar of mental health professionals. InterCasino, the first online casino, launched in 1996.

What Hynes says she finds more controversial, however, is actually the classification of problem gambling itself in the DSM-IV.

“Many experts do not consider problem/pathological gambling as an impulse control disorder as it is currently classified,” Hynes says. “Many consider problem gambling to be a behavioral addiction.”

Proposed drafts of the DSM-V would categorize problem gambling as a behavioral addiction instead.

Pathological gambling was officially recognized as a disorder in 1980 when it was included in the DSM-III. The DSM-V, set to publish in May 2013, includes “Munchausen by Internet” and has Internet addiction listed under the category for “future study.”

Doyle Daiss, an alcohol and drug counselor and current president of the Nebraska Counseling Association, believes online gambling addiction should be included as a part of the pathological gambling diagnosis in the DSM.

“I am hopeful that future research will focus on online gambling issues to identify what, if any, differences exist between traditional and online gambling addictions, as well as different interventions that can create a best clinical practice guideline when addressing online gambling behaviors,” says Daiss, a member of ACA.

Daiss has personally noticed an increase in online gambling behavior among his clients over the past five years. “Gambling behavior is an area that has largely been under-assessed during the pretreatment assessment, in my opinion, and yet it is often present in clients whose presenting problems are not gambling in nature.”

Because of this increased awareness of gambling being a possible secondary issue to mental health and substance abuse problems, Daiss began screening for it more earnestly and has found it to be present in many of his clients and in situations that he might previously have missed.

Hynes says gambling addictions in the U.S. have increased substantially due to the increase in online gambling sites.

“In the mid-1990s, there were only about 15 online gambling sites,” she notes. “Today, there are over 2,600 sites and, despite its illegality in the United States until 2012, over $4 billion a year has been spent on online gambling by Americans [according to 2011 statistics by the American Gaming Association]. It is expected that with the recent legalization of online gambling in the U.S., the amount of money spent will rise significantly — global revenue for online gambling in 2010 was $30 billion.”

Hynes has found online gambling to be most prevalent among the young adult population — especially among college students. She cites their tech savviness, newfound freedom from their families and “access to discretionary money” as key factors.

“I’ve seen and heard from many youth and young adults who’ve grown up with online gambling around them, whether it’s seeing ads for online sports books, playing at  ‘free’ online casinos or other ways of engaging, online gambling has become an ingrained part of the Internet culture,” Hynes says. “I’ve talked with kids who play with their parents’ credit cards, often even together, as it’s seen as a way to bond. All too often, parents don’t even realize that online gambling can be very risky.”

Daiss echoes Hynes’ observation. “I have personally noticed online gambling becoming more prevalent among males, 21 to 30, who are also struggling with mental health or substance abuse issues in which isolation is an issue,” Daiss says.  “Those individuals with whom I have worked have isolated themselves in their house with their computer and initially begin participating in online gambling in which token money is utilized. Within a short period of time, however, they begin utilizing sites in which real money is exchanged via a credit or debit card.”

Hynes says counselors often stereotype gambling addicts based upon general risk factors, which can be problematic.

“We need to remember that there are people from all walks of life that can and do develop addictions to electronic forms of gambling,” she says. “For example, the mom who stays at home might escape from her stress with some online games, and she develops a gambling problem. The disabled veteran who finds that gambling online gives him an outlet and connection to the outside world, and he finds himself borrowing money and against his mortgage payments to gamble.  And so on.  Counselors should be aware that gambling addiction can move quickly and can easily be hidden behind other addictions. Counselors need to screen for pathological gambling in their assessments and throughout the therapeutic process —particularly if there are warning signs [such as] suicidal ideation, mentions of debt, bankruptcy, relationship problems, etc.”

“Good, bad or indifferent, gambling is a prevalent activity in our culture that in recent times has experienced a perception that it is a legitimate form of entertainment,” he says. “Because of this ‘legitimacy,’ I believe counselors may be inclined to overlook online gambling behavior or may fail to educate themselves in the process of online gambling behavior. If the symptoms are missed, the addiction is allowed to continue toward the inevitable outcome that ruins lives.”

In one specific instance, the wife of a client Daiss treated made note of the manner in which her husband’s online gambling was done “right under her nose. She stated her husband would spend extended episodes of time on the computer gambling,” Daiss recalls, “but she was unaware of it because each time she approached him on the computer he would minimize the window of gambling and maximize a ‘legitimate’ window. She did not find out until several months later — when he was unable to pick up the mail ahead of her to secure the credit card bills — what was actually occurring.”

Hynes says that there are a multitude of side effects from gambling, impacting both the gambler and those close to them:

Daiss believes the harmful effects of online gambling are similar to other addictions, “inasmuch as the person becomes preoccupied with the behavior and begins to lose control over the activity and how much is spent,” he says. “Those with whom I have worked state that they did not begin experiencing financial problems immediately due to the nature in which credit cards can be repaid, thus the financial amount that is repaid is a fraction of that which is actually borrowed. Within a short period of time, however, they begin applying for and receiving new credit cards, causing a financial  ‘house of cards.’ Eventually, the financial burden impacts their life and their family’s life, as monies set aside for staples in life have to be used to repay credit cards. Unfortunately, the addiction remains in place and becomes secondary to the financial turmoil, so the cycle continues. Before ‘rock bottom’ eventually occurs, the addict and their family are tens, if not hundreds, of thousands of dollars in debt, with no legal way to repay it.”

Hynes says online gambling and electronic gambling, however, differ from other kinds of gambling because of the time it takes to become addicted.

Hynes attributes this to a variety of factors, including:

“The above factors can all too easily create a perfect storm for addiction,” Hynes continues. “Add in other risk factors, such as ADHD or concurrent substance addiction, and [it] is easy to see how electronic gambling can be highly addictive and very difficult to manage.”

In the clients Daiss treats — primarily people suffering from drug and alcohol addiction — who eventually disclose having an online gambling addiction, many “[indicate] that the primary difference is how the gambling can occur from the safety of the home,” he says, “thereby allowing them to participate in gambling behavior without requiring them to enter the traditional gambling world of casinos or other public venues. Again, this is a lucrative element to those individuals who are struggling with mental health and substance abuse issues in which public interaction is problematic.”

Daiss believes the best approach for professional counselors in helping clients with a gambling addiction is to ensure that pretreatment assessments include a gambling screening instrument and that they continue to screen for gambling behaviors throughout the treatment session. “Once an online or traditional gambling addiction is identified, the best approach is for that therapist to make a referral to a qualified counselor,” he says, if they don’t already specialize in that area.

Hynes says counselors “can and should” screen for problem gambling with a two-question test called the Lie/Bet Questionnaire for Screening Pathological Gamblers. Visit preventionlane.org/lie-bet for more information and to download the screening tool. Hynes says it is also important for counselors to get connected with problem gambling resources and specialists in their region.

“If counselors are unsure about resources, they might start with contacting the National Council on Problem Gambling for information about local resources,” she says. “The council’s website, ncpgambling.org, provides a ‘counselor search’ resource for all states. While there are many similarities between problem gambling and other addiction and mental health disorders, there are also distinct differences in problem gambling that are important to address. Access to money is one example.”

Additionally, the National Council on Problem Gambling operates a 24-hour helpline, 800.522.4700, and Gamblers Anonymous (gamblersanonymous.org) provides information about problem gambling and locations of groups around the country.