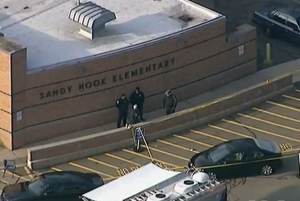 When the lives of six educators and 20 children between the ages of 6 and 7 were cut short in a mass shooting at a Newtown, Conn., school Dec. 14, the entire country found itself reeling.

The tragedy at Sandy Hook Elementary School is the second deadliest school shooting in U.S. history, following only the 2007 Virginia Tech massacre. It is, however, the most deadly shooting to take place at an elementary school.

Deb Del Vecchio-Scully, the executive director of the Connecticut Counseling Association and trauma expert, says the ages of the victims and the fact that the shooting took place at a school make the tragedy resonate with people in every corner of the country.

“School is supposed to be a safe place,” says Del Vecchio-Scully, a member of the American Counseling Association. “Not just [Sandy Hook Elementary] is going to be affected but also other schools in the area. There are going to be long-reaching effects on parents and children that we are going to see in the days, weeks, months and years to come.”

And as the community of Newtown grieves, Del Vecchio-Scully says the initial question is how the tragedy should be discussed with children.

“You want parents to be the source of information,” she says. “Not other kids, not the news.  Be honest and direct, take your cues from your child and respond accordingly.”

Del Vecchio-Scully recommends keeping children away from news reports, as studies have shown they can increase the risk of posttraumatic stress disorder.

She says counselors, parents and teachers will need to be mindful of the way they help children cope with the tragedy because kids are still mentally and emotionally maturing.

“The younger child’s brain  is not developed to understand the permanence of death, and that’s going to add a difficult layer to it,” Del Vecchio-Scully says. “[Children] are the ones who are going to ask ‘What happened? Why can’t I go back to school?’”

In addition, Del Vecchio-Scully says, it’s often hard for children to find the right words to describe how they feeling about what they’ve experienced.

Del Vecchio-Scully recommends giving children a creative outlet as a way to express their feelings. “Kids act out their worries and concerns through play and their artwork,” she says.

Because the event is still recent, Del Vecchio-Scully says most reactions a child may exhibit for the next week or two can still be considered normal. This may include regressive behaviors such as wanting to sleep in bed with parents, bed-wetting or acting out.

“Normalizing and fostering a sense of safety and routine is important right now, and that’s going to start at home,” she says.

It is also important for parents to foster open communication and to be open and honest about their feelings as well.

“Kids are very sensitive,” Del Vecchio-Scully says, “ and they’re going to get their cues from their parents.”

Similar to parents, teachers should also focus on maintaining a daily routine and should aim to answer questions from students to the best of their ability.

Del Vecchio-Scully says the impact of the trauma and the mental health needs of communities are layered like concentric circles.

“The inner circle includes the children, school staff and first responders who witnessed the event and/or the crime scene, as well as the officials who informed the families of the death of their loved ones,” she says. “Next are the parents of the surviving children and those whose children were killed. On the more outer rim of the circle is the rest of the greater Newtown community and the entire Connecticut community.”

The fourth layer includes the general public watching the tragedy unfold in the news media and through social media who are vicariously impacted, Del Vecchio-Scully says.

Crisis intervention is already occurring in Newtown, and for most counselors, Del Vecchio-Scully says, “our services will be needed once the crisis period passes and a void in caring for the community is evident.”

Although Del Vecchio-Scully says that now may not be the time for therapy, counselors, too, can take on the role of listener for those impacted by the shooting if the situation calls for it.

But in the months to follow, Del Vecchio-Scully says, “the crisis intervention teams will withdraw, creating a void of support, which will result in a shift of responsibility of the ongoing mental health needs of the community to local agencies and volunteer counselors.”

Counselors should be on the lookout for individuals who are at risk of re-traumatization.

“Newtown was one of the towns that was hit by Hurricane Sandy,” Del Vecchio-Scully explains. “They went without power for a week. As traumatic events get layered, the ability to cope gets less.”

This is also the time for counselors to focus on individuals in the outer concentric circles — those who may not have been directly impacted by the events in Newtown but are having trouble coping.

The shooting at Sandy Hook Elementary will have an especially far-reaching impact because a school setting is something that all children share and experience, Del Vecchio-Scully says.

Del Vecchio-Scully says the events mirror the attacks on 9/11. “The world watched in real-time, and individuals will be impacted in some way that we can’t really know right now,” she warns counselors.

Del Vecchio-Scully stresses the importance of the role of counselors in helping children and communities cope and move forward in the months following a tragedy such as this.

“Kids are extraordinarily resilient,” she says, “and we have to give them the chance to be.”

The Connecticut Counseling Association is creating a list of licensed professional counselors in Connecticut who would like to provide their services to the Newtown community. Interested therapists should contact cca_exec_dir@msn.com with their name, address, email and telephone number, along with their license number. In addition, the state of Connecticut is recruiting mental health clinicians as well. Counselors can register at surveymonkey.com/s/YLGXFBJ