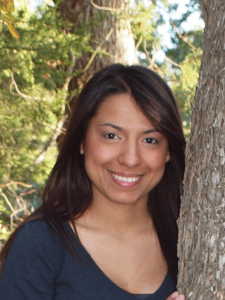 The months immediately after graduation can be a time of transition for counseling students, as they look to carve out a professional identity and find a counseling niche in their communities. With firsthand experience of this time of adjustment, a group of recent grads working as counseling interns in San Antonio, Texas, chose to take matters into their own hands by forming a networking group to cultivate and foster relationships for counselors in the area.

Tiffany Frias, a member of the American Counseling Association and co-founder of the San Antonio Counselor Networking Group, says the organization started out collaboratively, in true networking fashion.

Frias and fellow co-founders Virginia Gonzalez and Tracy Cooper, also members of ACA, were discussing over lunch the difficulties they were having cultivating a client base and other struggles they encountered since obtaining their LPC-Intern licenses.

“We all kind of felt after we graduated [that] we were thrown out into the world and not really supported,” Frias says.

Cooper, a counseling intern who completed her master’s in December 2011 agrees. “As recent graduates, we were perplexed,” she says. “Why are we as counselors willing to help others, but not each other? Through further conversation, we realized quickly the importance in building professional relationships with our colleagues in order to obtain referrals, resources and any other helpful information.”

Cooper has found mixed support for new counseling graduates looking for leads in the professional world.

“I felt I had support from colleagues when working with clients, but not a lot of support to meet up or network,” she says. “I learned quickly that to some colleagues, networking means competition; therefore, the concept [of meeting or networking] in order to obtain support and referrals was undesirable. “

Within weeks of their lunch meeting discussion, the women had taken action and started the Facebook page for the San Antonio Counselor Networking Group.

The group held its first event in September and had nine colleagues in attendance. Since then, the group has grown to nearly 200 members. In addition, Frias has been informed that a networking group in Killeen, Texas, is starting up based on the San Antonio Counselor Networking Group.

Though the group is becoming popular among local mental health professionals — it is open to more than just counselors — Frias, Gonzalez and Cooper make sure to cap off each networking event at 10 and 12 members.

“We want it to be easy to speak up while you’re there and ask for what you need,” Frias explains.

The focus of each event centers around topics pertinent to counselors new to the profession and ways to enhance their practice, such as apps or other technology that can be used in one’s counseling practice. The women typically invite a keynote speaker about a third of the time.

Gonzalez says her favorite event so far was one the group facilitated in December on topic of LGBTQ development across the lifespan, led by ACA member Rebecca Munsey.

“I highly enjoyed the topic and learning from a professional with experience and knowledge on this specific topic,” she says. “In addition, I also enjoyed seeing other counseling professionals interested in learning about our LBGTQ community and how we as counselors can better support them.”

Cooper’s favorite event so far was the group’s first.

“The theme for this particular group event was go-to books and resources for clients,” she recalls. “All attendees were encouraged to come prepared to share, and therefore everyone had book recommendations to offer. The event ended with time to exchange business cards and build referral relationships. I obtained new resources, book recommendations and made new connections. I left our event encouraged and motivated to continue our group and prepare for our next event.”

Cooper says she believes that what makes the San Antonio Counselor Networking Group stand out is its accessibility.

“We are accessible via Facebook, email, blog and in-person at our events,” she says. “This allows for continual contact in meeting colleagues for support and referrals.”

In addition, Gonzalez says, “We learn along with our members of the group and highly encourage others to ask questions and participate in the discussion, whether online, on Facebook or at our networking events. I believe our group allows members to easily access a variety of therapists with a range of different knowledge and experiences in our field to seek guidance. Our members can contact us, along with others, through Facebook, our blog and in person at our networking events.”

Though she is a cofounder, Cooper says she has still gained from being a part of the San Antonio Counselor Networking Group.

“Our group has helped me professionally by creating more exposure for me as my name and work has been shared more on the Internet,” she says. “It has [also] challenged me to get out and meet new colleagues as well as improve my writing skills due to frequent blog post writing. This was particularly difficult for me, as I am a shy person and at times self-critical of my writing.”

Gonzalez, too, has seen positive changes in herself as well as her professional persona since the group’s founding.

“This group has helped me build on my self-esteem and encouraged me to meet other professionals,” she says. “I believe I am rather shy, so this helps me come out of my comfort zone both professionally and personally. The group has also helped me by providing support from two friends, and colleagues, as we three are entering new stages in our personal life while completing our licensure hours.”