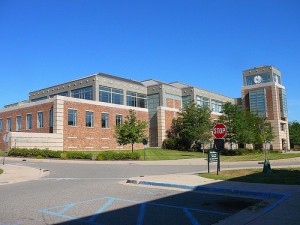 In December, after years of litigation, the court case Julea Ward v. Board of Regents of Eastern Michigan University was resolved. The resolution upheld the university counseling program’s policies and confirmed the ACA Code of Ethics as the guide for defining ethical behavior for professional counselors. The case also reiterated that equal rights and social justice remain key pillars of the counseling profession.

“The resolution of the lawsuit leaves the university’s policies, programs and curricular requirements intact,” said Walter Kraft, vice president for communications at Eastern Michigan University (EMU), in a press release. “The faculty retains its right to establish, in its learned judgment, the curriculum and program requirements for the counseling program at Eastern Michigan University. EMU has made the decision that it is in the best interest of its students and the taxpayers of the state of Michigan to resolve the litigation rather than continue to spend money on a costly trial. The matter has been resolved in the amount of $75,000. The university’s insurance company, M.U.S.I.C. (Michigan Universities Self-Insurance Corporation), will pay the cost of the settlement.”

The case began in 2009, when then-student Ward began her practicum at EMU. Upon reading the file of a client to which she was assigned and finding he had previously been counseled about his same-sex relationship, Ward, a conservative Christian, notified her supervisor that, in accordance with her religious beliefs, she would not be able to counsel the client and needed to refer him to someone else.

Ward’s supervisor canceled the counseling session and scheduled an informal review, during which EMU faculty members explained to Ward that she needed to abide by the university counseling program’s policies and curricular requirements, which adhere to the ACA Code of Ethics. The ACA Code of Ethics states that “counselors may not discriminate against clients on the basis of age, culture, disability, ethnicity, race, religion/spirituality, gender, gender identity, sexual orientation, marital status/partnership, language preference, socioeconomic status or any basis proscribed by law.” This meant Ward was required to set aside her personal beliefs and values when working with clients during practicum.

Given the choice of completing a remediation program, leaving the EMU counseling program or requesting a formal hearing, Ward chose the hearing. As a result of the formal hearing, she was dismissed from the program for violating the ACA Code of Ethics.

Ward sued EMU for her dismissal with the backing of the Alliance Defending Freedom (ADF) — formerly the Alliance Defense Fund — an organization of Christian lawyers that also assisted in another counseling student’s case at Augusta State University that revolved around counseling clients who are lesbian, gay, bisexual or transgender (LGBT).

According to the EMU press release, “The ADF lawsuit sought to stop [EMU] from enforcing its policies prohibiting discrimination and requiring the students in its counseling program to counsel students in conformance with the code of ethics of the American Counseling Association.”

ACA provided expert testimony for the case, which the judge quoted when granting the summary judgment in the decision.

On July 27, 2010, the U.S. District Court for the Eastern District of Michigan granted summary judgment in favor of EMU, which Ward appealed. She made her oral arguments on Oct. 4, 2011, and on Jan. 27, 2012, the 6th Circuit Court of Appeals sent the case back to district court for a jury trial. ACA Chief Professional Officer David Kaplan spent a morning being deposed for the scheduled trial.

“Personally and as a department, we are pleased that the lawsuit is settled,” says Perry Francis, counseling professor and counseling clinic coordinator at EMU. “It has taken a great deal of time and energy to defend ourselves, and now we can continue to focus on educating our students to become excellent clinicians in the mental health profession.”

Francis believes implications from the court case are clear, showing that counseling is “best accomplished by entering into the world of the client, valuing that client as a worthwhile individual who deserves [our] nonjudgmental care and concern. That has been what we teach to our students; it drives our policies and is a reflection of the professional values and ethics of the counseling profession. To accomplish this, we teach our students how first to become aware of their own values and issues, how to bracket off those values and issues that would interfere with client care and then to enter into the client’s world to help him or her develop into the best person he or she can be.”

Kaplan echoed those sentiments. “ACA is pleased that the settlement leaves intact the district court ruling that fully supported Eastern Michigan University’s gatekeeping function in dismissing a student who refused to counsel an [LGBT] client, the right for CACREP to require adherence to the ACA Code of Ethics and the nondiscrimination statement within the ACA Code of Ethics,” Kaplan says.

Pete Finnerty, president of the Association for Lesbian, Gay, Bisexual and Transgender Issues in Counseling, a division of ACA, says the case was especially relevant for LGBT individuals, who are often marginalized and discriminated against.

“Eastern Michigan stood strong for nondiscrimination and should be applauded for doing so,” Finnerty says. “When Julea Ward refused to counsel a gay man, she was discriminating against an individual for religious reasons. This not only shows a refusal to move past her own values but also creates an environment where it is impossible for all persons to have equitable treatment under policies long in effect at university and community levels.”

Because of the lawsuit, EMU has also come under fire from Michigan legislators, Finnerty adds.

“Two bills within the last few years, including the recently shelved SB 975 …  sought to make it illegal for Eastern Michigan and all other educational institutions in the state to enforce its nondiscrimination policies by allowing medical and mental health professionals to refuse service based upon ‘conscience,’” he says. “This bill nearly made it to the governor’s desk but was not voted on in the House before the end of the legislative session. There was specific language in this bill that targeted educational institutions [that] utilize a nondiscrimination policy. The language noted penalties and fines for enforcing nondiscrimination clauses.”

Finnerty notes the likelihood exists that similar legislation could still come about, however, because other freedom of conscience bills were passed into law in states such as Arizona.

In Michigan, SR 66, a resolution to enact legislation protecting the rights of conscience of students seeking counseling degrees and licensed professional counselors, calls out ACA directly: “Whereas, the American Counseling Association, a private organization that promulgates a code of ethics widely used by university counseling programs and state licensure boards in training for and regulating the counseling profession, has publicly supported universities that have punished or dismissed students for adhering to their sincere religious convictions.”

However, says Finnerty, “The conclusion to [Julea Ward v. Board of Regents of Eastern Michigan University] is a win for the LGBTQQIA community, as those who serve this population were activated to defeat the legislation and not allow anti-gay groups to press their agenda upon the counseling profession that holds equitable and fair treatment as paramount to counseling. LGBTQQIA clients can be sure that counselors will continue to be trained through a multicultural lens where nondiscrimination and personal growth, not a counselor’s personal values, is pertinent to the counseling relationship. For counselors and educators, this shows that believing in a world that values nondiscrimination and diversity is still very much a plausible reality and must be continually strived for.”

Says Francis, “We as a profession must continue to teach these professional values to our students so they can have a positive impact not only on our clients’ lives but on the society as a whole.”

To learn more about the case, visit emich.edu/aca_case