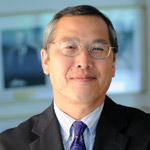 Last month, I received the sad news that ACA past president Gail  Robinson had passed away. Gail was our 45th president and served during the 1996-1997 program year. You can read more about Gail’s role in the association on page 62. In addition, I am going to share with you some things I will remember about my friend.

Many people remember Gail’s smile. It was what made you gravitate to her. It invited you to chat with her, laugh with her and respond with a smile of your own. She was tireless in her work to make ACA a better organization — for our members and for those whom our members serve. Her warmth, humor and creativity served her well as our chief elected officer. I would also use another word to describe her, and that word is courageous. Gail had the courage to take on many different issues and projects, whether she wanted to or not. She found the courage to face adversity and obstacles, while never losing her humor, compassion and commitment.

When she was elected president of ACA, Gail had the courage to pack up her belongings and leave her beloved Oregon so she could move to Washington, D.C. This was not a common practice for ACA presidents, but Gail felt the need to be part of our physical community. Her desire to work closely with ACA staff and know how the political process affected the counseling profession were part of her motivation to live here in the nation’s capital.

When faced with a serious illness during her presidency, Gail asked that we not make a big deal out of it, and she continued on with a grueling travel and meeting schedule. So, we had a president who had moved across the country, was in a new city, had been diagnosed with a critical illness and still soldiered on to meet the responsibilities of her elected office. Another example
of her courage.

This year, ACA launches the fourth major redesign of its website. More than 15 years ago, Gail was instrumental in helping to find the talent and expertise needed to create the very first ACA website. This wasn’t just something that happened during her presidency; Gail actually took a very active role in this endeavor because, even back then, she knew how important the Internet would be to ACA and its success.

Outside of her “ACA life” as our president, few knew that Gail drove a bright red sports car. We all came to learn that when she lived in Oregon, in addition to working in private practice as a mental health counselor, Gail was a race car driver. No wonder she was able to navigate the streets and highways of the Washington metropolitan area. Again, courage.

In her post-presidential years, Gail continued to hone many of her other creative and artistic talents. In my home on a display shelf sits a round decorative box. This was handcrafted by Gail and given to me after she served as ACA president. Who has the talent, much less the patience, to make boxes that are also pieces of art? To say she was talented and creative would be an understatement.

If a person’s life is measured by her experiences, connections, friendships and impact on her chosen profession, then I would say that Gail Robinson led a life that was quite full. I will miss Gail, but I am so incredibly honored to have known her, worked closely with her and witnessed all the good that she brought to ACA and the profession that she loved so dearly.

As always, I look forward to your comments, questions and thoughts. Feel free to contact me at 800.347.6647 ext. 231 or via email at ryep@counseling.org. You can also follow me on Twitter: @RichYep.