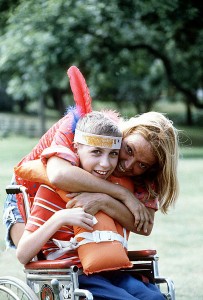 The American Counseling Association welcomed its 20th division in March when the ACA Governing Council approved the Association for Child and Adolescent Counseling (ACAC).

ACAC, which has been operating as an organizational affiliate of ACA since 2010, aims to focus on the training needs of counselors who work with children and adolescents, while also providing professional support to those counselors, whether they are school counselors, play therapists or counselor educators. ACAC is the newest addition to ACA’s divisions since the admittance of the Association for Creativity in Counseling in 2005.

Dee C. Ray, president of ACAC, says the idea for ACAC has been a long time coming.

A few years ago, Ray and the other founding members of ACAC were perplexed that ACA had not yet developed a division specifically for counseling children and adolescents.

“We were fairly certain that there were many counselors within ACA who worked primarily with children and adolescents but did not seem to have a home within the larger organization,” says Ray, director of the Child and Family Resource Clinic on the campus of University of North Texas.

As Ray and her colleagues began speaking with fellow ACA members, they realized that there were many counselors who were seeking an organization that specifically related to counseling work with children and adolescents.

In 2010 the group was awarded organizational affiliate status and spent the next two years building infrastructure for the division and recruiting members before becoming an official division. As of March 31, ACAC had 563 members.

As a former school counselor who commits most of her work hours each week to counseling children, Ray says she knew she wanted to be part of growing this division.

Many counselors within ACA focus on child and adolescent counseling across various settings, Ray says — ACAC offers a divisional home for all of them.

Members can join by visiting the ACA website and clicking ACAC as an added division or by visiting acachild.com.