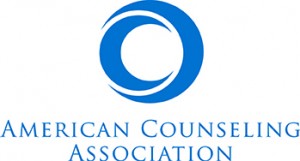 American Counseling Association members are invited to review and submit their comments on the first draft of the 2014 ACA Code of Ethics (COE), the latest revision in nearly a decade.

The draft was officially announced at the ACA 2013 Conference & Expo in Cincinnati at a town hall meeting with the Ethics Revision Task Force. The discussion between attendees and the task force members highlighted the importance of the revision: not only is this the first revision since 2005, it will for the first time set a direction for the use of social media and other technology by counselors.

“The ACA Code of Ethics is a living document,” says Perry Francis, chair of the Ethics Revision Task Force Committee. “It is a reflection of the growth and development of the profession of counseling and, as such, must be updated to reflect the current and future issues and standards of today and the near future.”

The Code of Ethics has evolved significantly since it was first conceived.

“The first COE [in] 1961 was five pages long and contained no glossary,” Francis explains. “The 2005 COE is 20 pages long and has an 18-word glossary. The next COE will have a larger glossary and directly address cutting-edge issues [such as] social media and values in counseling that are stretching our profession. It is a reflection of the progress we have made and the complexity we face as counselors.”

Those complexities include the rapid increase in the use of technology and social media by counselors.

“The 2005 Code of Ethics had a subsection that addressed the emerging issue of online counseling,” Francis says. “But social media … was not even in use as a medium for providing services [at that time]. Today, counselors have websites, Facebook pages and can provide services via virtual reality. Our current code does not adequately address these mediums. The revision will contain a separate section that directly addresses the many issues that counselors need to consider when using these mediums for providing services.”

Francis says the revision is as close to a reflection of the values, wisdom and knowledge of the profession as the committee could make. However, “the voice of the profession is incomplete without input from others, including licensing boards, professional associations and the practicing counselors from all of our specializations. In that way, it becomes the ethics of the profession and not a code created in isolation.”

Members can review the draft and submit comments through May 30. The draft can be accessed here. The final version of the 2014 ACA Code of Ethics is schedule to be unveiled at next year’s ACA Conference & Expo in Honolulu.

Editors note: the revised ACA Code of Ethics was approved and released in March 2014. See: ct.counseling.org/2014/03/2014-aca-code-of-ethics-approved-by-governing-council/