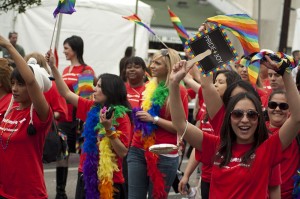 According to the Associated Press, the 9th U.S. Circuit Court of Appeals is considering two challenges to the ban on “sexual-orientation change” counseling of minors passed by the California legislature and signed into law by Gov. Jerry Brown last fall.

The ban was scheduled to take effect Jan. 1 but was put on hold pending resolution of the court cases, AP reports.

The current law states that therapists and counselors who treat minors with “methods designed to eliminate or reduce their same-sex attractions,” also known as reparative or conversion therapy, would be “engaging in unprofessional conduct and subject to discipline by state licensing boards.”

The appeals cases were brought by professionals who practice this therapy, two families who claim their teenage sons benefited from the therapy and a national association of Christian mental health counselors. All argue the ban infringes on their free speech, freedom of association and religious rights, and the counselors say it threatens their livelihoods.

The American Counseling Association issued a statement of opposition to reparative therapy during a Governing Council meeting in April 1999. The council adopted the position “opposing the promotion of ‘reparative therapy’ as a ‘cure’ for individuals who are homosexual.”

Last year, Robert L. Spitzer, a well-known psychiatrist who became notorious for his 2003 study supporting the use of reparative therapy as a means for “curing” homosexuality, retracted his claims, saying he owes the gay community an apology for what his study claimed.