Counselors are still working to digest the fifth edition of the 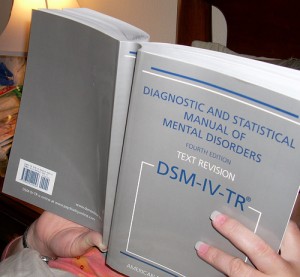 (DSM-5), released by the American Psychiatric Association (APA) last month. To help counselors better understand the revisions and additions and how those changes will impact them, the American Counseling Association is offering six webinars focused on the DSM-5.

Rebecca Daniel-Burke, ACA’s director of professional projects and staff liaison to ACA’s DSM-5 Task Force, says the information in the DSM’s latest edition, its first since 2000, is crucial for counselors to learn. While it may seem overwhelming at first glance, Daniel-Burke says, “the DSM-5 is different, but not bigger. There are [actually] 15 fewer diagnoses.”

The webinar series will kick off on Wednesday, June 26 at 1 p.m. ET and will continue weekly on Wednesdays at the same time through July 31. ACA members may purchase the series for $119 (non-member price is $159) and earn six CE credits. Each one-hour webinar will be hosted by an ACA member who is an expert regarding a specific area of the DSM-5. Each webinar will be available for replay within 24 hours of the live broadcast.

The first webinar will be hosted by Jason King, who will give a general overview of the DSM and discuss the changes to addictive disorders in the new edition. King served as a DSM-5 Revision Task Force committee member for ACA, giving national presentations on the revision process and proposed diagnostic changes. He also completed a podcast on the DSM-5 for ACA to help members prepare for potential changes.

King says he is looking forward to giving members “background into the evolution of the DSM [and] the whole political process [because] there’s been a lot in the media about [it being] a secret, backdoor process, and I’m going to dispel a lot of the myths.”

King will also talk about the edition’s new definition of “mental disorder,” changes to coding and diagnostic structure, and the newly created “addictions and related disorders” category.

He believes it is important for counselors to understand the how to utilize the DSM-5 “so they can understand how they can work with clients and conceptualize a client. It is a CACREP requirement for a few of the [categories of counselors], and if counselors want licensure portability and to be reimbursed by insurance, Medicare and Medicaid, they have to know the DSM.”

School counselors, specifically, will be directly impacted by new edition, King says. “They are going to be coordinating treatment with other professionals, such as social workers and school psychologists who will be providing diagnoses, and they’re going to be having kids in their schools with these new diagnoses. They’ve got to know what these new changes are so they can diagnose properly.”

King has been involved with the DSM for many years. He owns and directs an outpatient mental health and substance abuse treatment clinic that collected data for the APA’s clinical field trials, which helped inform the DSM-5 revision process. He is looking forward to discussing the DSM’s changes with counselors.

“It really simulates a whole new way to think about disorders and clients, and the push is to do more biologically based understanding,” King says. “The disorders are complex, so I think it overall causes us to shift our thinking and how we look at people with mental disorders.”

Visit counseling.org/continuing-education/webinars for more information on the webinar series.