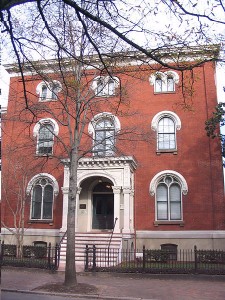 In every emergency event or disaster, there are two basic options for the public: evacuate or shelter-in-place (SIP). Historically, evacuation has received more attention by emergency response authorities largely due to mandated fire drills, natural and human-caused disaster planning, and recent tragedies such as Hurricane Sandy in 2012 and Hurricane Irene in 2011. However, in the event that evacuation is not feasible, such as during the search for the Boston Marathon bombing suspects on April 19, increased consideration is given to SIP as an effective emergency response measure.

Counselors working in an emergency or disaster setting must be aware of the implications of a SIP order to effectively assist individuals, families, emergency personnel, and communities.

According to the Department of Homeland Security, some emergency situations make going outdoors dangerous because leaving the area might take too long or put occupants in harm’s way. In such cases, it may be safer for occupants to stay indoors. This is especially true in large metropolitan areas where a mass evacuation can result in dangerous gridlock rather than serving as a protective action strategy. SIP can occur in a variety of emergency situations, ranging from the detonation of radiological dispersal devices (dirty bombs), toxic explosions and chemical spills to much more common emergencies such as electrical blackouts and snowstorms.

During an SIP emergency, individuals must remain indoors, whether they are at home, work, school, shopping, in a place of worship, at a friend’s house or elsewhere. A SIP response can last from a few hours to several days and may require individuals to be separated from family members.

Depending on the type of emergency that precipitates the SIP, individuals may have varying access to supplies, materials and information. For example, if a dirty bomb is detonated in an area, groups of individuals may have to retreat to a single room and tape the windows, doors and air vents shut to prevent exposure to radiation. During a storm, individuals may be without electricity and heat. In both scenarios, individuals without battery-powered radios may be effectively cut off from status updates and public messages about the disaster event. This can result in fear, confusion and anger.

On April 19 at 5:13 a.m., Massachusetts Gov. Deval Patrick and Boston Police Commissioner Edward Davis suggested a SIP order for residents in the communities of Watertown, Cambridge, Waltham, Newton, Belmont and Boston, while police and emergency personnel searched for suspects in the Boston Marathon bombings. For 12 and a half hours, residents were instructed to remain indoors while authorities conducted an areawide manhunt for the individuals believed to be responsible for detonating two bombs near the marathon finish line four days earlier.

During this time, individuals were instructed to lock their doors and to open them only for a properly credentialed police authority. Additionally, several media outlets reported the possibility that the perpetrators had planted additional bombs throughout the city and that a safety clearance was needed to protect the public. As a result, a metropolitan area of 4.5 million people, the 10th largest in the United States, came to a halt as public services, transportation and businesses all shut down for the day.

Why do counselors need to know about SIP?

Emergency managers and disaster response personnel express concern about the challenge of compliance with an SIP order. In a study of the public’s knowledge of SIP, Lasker, Hunter and Francis (2007) found that only 59 percent of the U.S. population would shelter inside a building other than their own home during an emergency. Furthermore, the emotional effects of this voluntary confinement strategy have not been widely explored. Analogue research as well as qualitative inquiries about SIP behavior have discovered that individuals worry about experiencing emotional distress, knowing what to do if others becoming unruly or violent, and about how much to trust authorities (Dailey & Kaplan, under review; Lasker et al., 2007).

Several factors can determine whether people comply with a SIP order. Practical issues such as loss of income, lack of supplies or lack of adequate shelter may affect an individual’s decision to shelter-in-place. Some may have caretaking obligations of family members or children. Others may struggle with the emotional effects of virtual confinement, separation from family members and the group dynamics that evolve when sheltering with coworkers, extended family members or strangers. Another issue relates to the event that set the SIP order in motion in the first place. Individuals evaluate the credibility of the source of the SIP order, the perception of actual danger and the degree of perceived personal relevance of the event. Previous disaster or trauma experience can also affect this perception.

What practical strategies can counselors use?

Counselors may be involved in various roles before, during and after a SIP order. Before a SIP, counselors can encourage their clients, organizations and/or schools to have appropriate prevention and preparation measures in place. Counselors can also ensure that persons have a resource list, such as the American Red Cross “Coping with Shelter-in-Place Emergencies” fact sheet. Counselors can also make sure that coworkers, friends and family members discuss the SIP plan ahead of time. Additionally, counselors can suggest that persons and organizations have a supplies kit stocked in case of a SIP emergency. Examples of needed supplies include bottled water, medications, first aid supplies, quiet games, books, playing cards, disposable wipes and nonperishable foods. Similar kits are used for emergency preparedness for hurricanes and other natural disasters.

During a SIP emergency, counselors may find themselves sheltering with several individuals. In this situation, a counselor’s knowledge of group dynamics and disaster responses can come in handy. Depending on the makeup of the group involved, some stages of forming, storming, norming, performing and adjourning may occur as groups develop various levels of cohesion. Some group members may unintentionally antagonize the group during the stressful situation by panicking. This situation would require individual attention or redirection away from talking about the emergency at hand. Other persons could be engaged in facilitative roles to assist other persons who may be struggling with sadness, fear or worry. Counselors may also utilize disaster interventions to help ground people in the here and now during a chaotic event. Finally, counselors should work to quell rumors, which can escalate an already tense situation. Counselors should encourage persons to deal only with confirmed facts and realize that information obtained during a disaster is fluid and requires substantiation.

After the “all clear” at the conclusion of the SIP, counselors must focus on the resilience and posttraumatic growth that can occur after a disaster or emergency. The outcome of the crisis event and the length of the SIP may affect individuals’ abilities to integrate back into their normal routines. However, studies show that most people do not have any long-term negative effects from the SIP experience itself. Counselors may be called upon by emergency management personnel to implement post-disaster interventions, such as Psychological First Aid, to further assist in the postvention.

Click on the images below to see an American Red Cross fact sheet on shelter-in-place (2 pages):