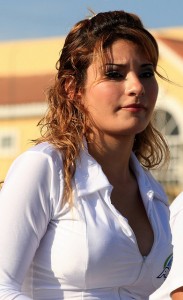 In the field of mental health practice, domestic violence is an issue of much significance. As mental health practitioners, we learn early on that domestic violence is about the abuser’s power over his or her victim, be it emotional or physical. We learn to take into consideration the victim’s cultural background and ethnicity. We study different modalities and familiarize ourselves with resources available to best serve and empower these victims. However, there is a major deterring factor most mental health practitioners fail to take into account: the victim’s immigration status.

Immigration status is an undeniably powerful source of control to the abuser. As emphasized in Margaret E. Adams and Jacquelyn Campbell’s 2012 study published in Women’s Health and Urban Life as well as Michael S. Liao’s 2006 article in Women & Therapy, abusers actively take advantage of their immigrant victims’ socioeconomic dependence, lack of knowledge of the legal system and resources, language barriers and especially the victims’ unfamiliarity with immigration laws. These factors afford abusers leverage to threaten their victims with deportation if they do not comply with their demands.

In their article “Being Undocumented & Intimate Partner Violence (IPV): Multiple Vulnerabilities Through the Lens of Feminist Intersectionality,” Adams and Campbell write that “living as an immigrant without legal documentation dramatically exacerbates both that dependence on the partner and the extremely limited access to safety-securing resources.” Liao’s article, “Domestic Violence Among Asian Indian Immigrant Women: Risk Factors, Acculturation, and Intervention,” states that “the ‘Green Card Factor,’ or a fear of deportation, is cited as a significant deterrence for battered Asian Indian women to leave abusive marriages (Abraham, 1995; Abraham, 1998; Sharma, 2000).”

What is our role as mental health practitioners in the issue of domestic violence in the world of immigration? Know, Inform, Advocate!

VAWA petition is judiciously sensitive and acutely aware of the difficulties encountered by immigrant victims of domestic violence. It accounts for the fact that abuse is not only physical, but also verbal and emotional. It further takes into consideration the victim’s potential struggles in gathering the required information about the abuser (for instance, the abuser’s proof of citizenship or residency). Most significantly, because VAWA is a self-petition, it breaks one of the biggest barriers to seeking help – that of confidentiality.

Confidentiality is of the utmost importance for VAWA. Contrary to most immigration petitions, VAWA does not require the abusive qualifying relative (U.S. citizen or permanent resident spouse, parent or child) to apply on behalf of the victim. Instead, it allows the victims to petition on their own behalf. The VAWA petition’s main purpose it to protect the victims, not catch the abusers. Thus, the abusers are not contacted nor arrested for the claims made against them in the petition. Moreover, to guarantee confidentiality, U.S. Citizenship and Immigration Services (“USCIS”) designated a unit solely for these cases, called the VAWA Unit. These factors make it impossible for anyone who is not the victim or the victim’s attorney to have access to the filed VAWA petition.

As mental health practitioners, it is imperative that we know about such immigration reliefs in order to empower the victims. This includes being aware of the myths and barriers deterring victims from seeking help, as well as the requirements and eligibility to file for this petition. For example, many people do not know that, contrary to its name, VAWA is applicable to both male and female victims. In addition, different from most immigrant applications, the VAWA petition is free for the immigrant victims.

Providing such information to an immigrant victim of domestic violence affords them the tools to rewrite their stories. In 2011, while working as a legal assistant in an immigration law firm, I was assigned to a VAWA case. After a couple of months working in the case, the client received her Green Card. Her abusive husband, who used her immigration status as a source of control, was blissfully unaware of her immigration endeavors. Upon receiving her Green Card, the client reported she did not leave her husband because she still loved him. Yet, when her husband became violent toward her, she called the office to inform us that she fended for herself because she no longer was in a “powerless” position. It was then that I realized the legal and emotional impact of VAWA — it afforded “empowerment.” This event alludes to the ideology of narrative therapy, because the client rewrote her story. She was no longer a powerless victim of violence and oppression, but a strong survivor and an independent wife.

In another case from the same law firm, a client in deportation proceedings was able to reopen her case in immigration court after filing under VAWA. The attorney was able to close her case with immigration court in her favor and proceed with the VAWA petition. This client was emotionally, physically and verbally abused, as well as actively isolated by her abuser. Her abuser threatened her not only with deportation, but also by claiming that if deported, she would have to leave their son in the United States. I left the firm while her case was still pending, but this past May, we ran into each other. I noticed that for the first time, she had her hair down. I also noticed that she had nice clothes on, which alluded to her new self-image, and a smile on her face. She reported to me with tears in her eyes that she was in the process of receiving her Green Card, had left her now ex-husband and was now happily engaged. I was in shock at how different she looked. As with the previous client I mentioned, she had rewritten her and her son’s story. She was no longer a fearful victim who was surviving for her son but a gratified survivor who was living for herself and her family. These cases illustrate that by becoming informed about VAWA, clients become empowered to rewrite their life stories.

It is important to know our role not only as informants, but also as advocates on behalf of our clients at both the individual and social levels. At the individual level, a counselor’s clinical evaluation is a powerful supporting document that strengthens the victim’s case for the VAWA petition. At the social level, it is essential that we become knowledgeable about and help work toward keeping these doors open for our clients.

On Feb. 12, with much scrutiny and struggle, the Senate approved the VAWA reauthorization and expanded it to also protect the LGBTQ population as well as Native American victims of domestic violence. On Feb. 28, the House of Representative passed this bill, and on March 7, President Obama signed it into law for the next five years. Because immigration law is at the federal level and same-sex marriage wasn’t recognized under federal law, the LGBTQ addition did not apply to the VAWA immigration petition. However, on June 26, the Supreme Court struck down the key portion of the Defense of Marriage Act that denied federal marriage benefits to same-sex couples. These are groundbreaking legislative steps in the fight for human rights. Now it is our turn to keep up the good work and become informed.

Aside from VAWA, there are other immigrant petitions/visas available to assists immigrant victims of violence, such as the U Visa, which provides victims of certain crimes (for instance, domestic/sexual violence) with temporary legal status (uscis.gov). For more information, training and consultation on domestic violence in the world of immigration, please contact me at Advocate2Create LLC (advocate2create.com).

Patricia Timerman is a national certified counselor, a registered mental health counselor intern and a registered marriage and family therapist intern who provides training and consultation through her firm Advocate2Create LLC.