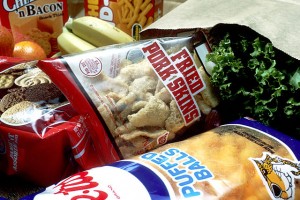 The American Medical Association’s (AMA) recent classification of obesity as a disease will not only impact those who fall into that category, it will also affect the way counseling professionals treat obese clients. The question of whether this new classification is a wholly positive step forward remains to be seen, according to some counselors involved with the subject.

The AMA officially recognized obesity as a disease at its annual meeting in June, according to The New York Times.

“Recognizing obesity as a disease will help change the way the medical community tackles this complex issue that affects approximately one in three Americans,” said AMA Board Member Patrice Harris in a statement. Harris suggested that the move by AMA will help in the fight against Type 2 diabetes and heart disease, both of which have been linked to obesity.

The vote, however, was a contentious one. As The New York Times reports, the decision goes against conclusions made by the association’s Council on Science and Public Health, which had studied the issue over the past year:

The council said that obesity should not be considered a disease mainly because the measure usually used to define obesity, the body mass index (BMI), is simplistic and flawed. Some people with a BMI above the level that usually defines obesity are perfectly healthy while others below it can have dangerous levels of body fat and metabolic problems associated with obesity. “Given the existing limitations of BMI to diagnose obesity in clinical practice, it is unclear that recognizing obesity as a disease, as opposed to a ‘condition’ or ‘disorder,’ will result in improved health outcomes,” the council wrote.

Judith R. Warchal, a professor in the Department of Psychology and Counseling at Alvernia University in Reading, Pa., says she has “some concerns about what seems to be a trend by the medical community to overpathologize human behavior, blurring the boundary between typical and atypical. “

But in the case of obesity, “the evidence is clear that many physical disorders can be attributed to being obese and for some people with obesity, there are serious emotional effects that warrant treatment as well,” says Warchal, a member of the American Counseling Association.

Warchal hopes that the classification will lead to more research funded opportunities focusing on “the relationship of obesity to mental health issues, obesity discrimination and most importantly, on prevention.”

To date, Warchal notes, much of the focus of research efforts have been on the physical disorders associated with obesity and on recognizing that obesity discrimination exists. “We now need to identify specific interventions and comprehensive prevention programs that work,” she says.

Warchal and her colleague Paul West presented a session at the 2013 ACA Conference & Expo in Cincinnati on the topic “Obesity Is Not New — Addressing It in Counseling Is.”

West, an associate professor of psychology and counseling at Alvernia University and a private practice clinician, says he has mixed feelings on the decision.

“While I recognize obesity is a problem in our society, classifying it as a disease has some major repercussions,” says West, an ACA member. “According to news sources, the AMA, as an organization, overrode the recommendation of their own Council on Science and Public Health regarding this issue. Was this done simply to force the insurance companies to reimburse practitioners for the treatment services provided to obese individuals? Was it to raise awareness to the problem to stimulate government-sponsored research? The only criterion for diagnosis of obesity that I have been able to find is the BMI, which was developed a long time ago. I would like to see more criteria.”

On a positive note, Warchal predicts that “the recognition of obesity as a disease [could] lessen some of the social stigma and discrimination associated with obesity and provide new avenues for treatment. [R.M.] Puhl and [K.D.]Brownell (2001) have identified obesity as the last acceptable form of discrimination in society today.”

She also foresees that obese clients will notice the disease gaining more attention in the counseling process. “While not every client who has obesity will experience a mental health disorder, research indicates that about 25 percent of individuals who are overweight or obese have mental health issues that warrant treatment,” Warchal says.

She believes counselors can help combat obesity because they are in a unique position to collaborate with other professionals such as physicians, nutritionists and exercise specialists to develop comprehensive plans for the treatment of the whole person.

“Counselors can and should be an integral part of prevention and intervention programs,” Warchal says.

West notes different times in American history where certain conditions have been labeled a “disease,” which then raised public awareness and led to positive, significant changes in treatment.

“Certainly the public perception of alcoholism changed after the AMA declared alcoholism a disease in the 1950s,” he explains. “Before that time, it was considered a moral problem. The same occurred with cigarettes. Once declared a significant health risk, the cost of cigarettes rose dramatically as the number of smokers decreased. Lobbying efforts by the tobacco industry began to be less effective in the wake of public opinion to eliminate smoking.”

In terms of obesity, West says, “it will now be in the radar scope in physicians’ offices. Physicians will now be able to be reimbursed for the treatment of obesity, which will probably provide a better foundation [for] research into the problem.”

However, he adds, “Obese people will now be considered diseased based on their height and weight. You will have individuals who are carrying around extra weight who are otherwise healthy and have no other medical concerns. I don’t know if these people want to be labeled.”

Warchal warns that counselors may harbor unrecognized feelings and biases about obesity and toward obese clients because obesity has not been widely addressed as a counseling issue.

“While more research is needed, there is evidence to suggest that mental health professionals treat clients with obesity different than non-obese clients,” she says.

Warchal cites 2012 research by Brittani Pascal and Sharon E. Robinson Kurpius, which “identified more negative personal characteristics being attributed to obese clients than normal-weight clients. They found, consistent with other researchers who studied mental health professionals, that trainees rated clients with obesity as lacking in self-control, more unattractive and with lower self-esteem.”

“Counselors have the skills to address the behavioral changes that clients who have obesity need to incorporate into their daily routine when prevention or intervention is a focus of therapy,” she says. “Counselors are also trained to screen for depression, anxiety or other mental health concerns that clients who have obesity might experience as a result of discrimination, social stigma, rejection and bullying.”

Warchal and West have submitted a proposal for the 2014 ACA Conference & Expo in Hawaii, titled “Addressing Obesity Discrimination Through Counselor Training and Client Advocacy.”