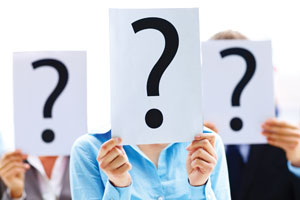 Are you a mental health counselor? If so, you may be only vaguely aware of the ways in which CACREP (Council for Accreditation of Counseling and Related Educational Programs)-only language in hiring, credentialing and reimbursement policies could impact your practice. As practicing mental health counselors and board members of the Maryland and Massachusetts chapters of the American Mental Health Counselors Association, we have watched recent developments with increasing alarm. Our practices and livelihoods are under serious threat, and the public faces greatly reduced access to care, by growing efforts to restrict the practice of mental health counseling to those who attended CACREP-approved graduate programs. It is imperative that professional counselors everywhere understand these developments and take action to protect what we have worked so hard to achieve — our right to practice independently.

The hidden threats to practice

TRICARE is the health care program for all active-duty and retired military personnel and their families. Licensed mental health counselors have served this population for many years but could do so only with physician referral and supervision. “Interim” regulations issued in 2011, based on a study by the Institute of Medicine (IOM), created a new classification of TRICARE providers (TRICARE certified mental health counselors, or CMHCs) who are allowed to practice independently. An interim period was created, during which current providers could ostensibly move to independent status by taking the National Clinical Mental Health Counseling Examination (NCMHCE) and meeting supervision requirements. The goal of the change, according to its announcement in the December 2011 Federal Register, was to increase access to mental health care by eliminating the physician-referral/supervision requirement. Yet, the result is quite the opposite.

TRICARE supervision rules: A major problem lies with the supervision requirement in the interim rule, which states that all of one’s post-master’s supervision hours must have been obtained under a licensed professional counselor. (It has come to our attention that this rule is not being applied consistently. This may be relieving for some, but haphazard enforcement is not a solution to an overly restrictive rule.) If we follow the rule, it prohibits most of the board members of the Maryland and Massachusetts AMHCA chapters from TRICARE participation because at the time we graduated, there were virtually no counselors who could have supervised us (since licensure laws were relatively new). Thus, this rule disqualifies the most-seasoned counselors in many states from becoming CMHCs. The American Counseling Association has requested the removal of this stipulation (for example, in a letter from ACA Executive Director Richard Yep to the assistant secretary of defense for health affairs in February 2012), but it remains on the TRICARE application. We do not believe the IOM intended to create a profound roadblock to CMHC status, but efforts so far to change the regulation have been unsuccessful.

It is also critical to recognize that at the conclusion of the interim period in December 2014, providers who cannot achieve CMHC status will no longer be able to participate in TRICARE at all because the physician-referral provider status will be eliminated. If you are currently a TRICARE provider who cannot meet this supervision requirement, you will either terminate your military clients or go unreimbursed — unless the regulations are changed.

CACREP restriction in TRICARE: The second problem with the TRICARE rules is that once the interim period expires, all graduates from programs not approved by CACREP will be permanently excluded from participation in TRICARE even when duly licensed by their own states. After December 2014, if you did not graduate from a CACREP-approved program, you cannot and will not ever be able to join the TRICARE network.

The CACREP-only rule, in combination with the supervision rule, will disqualify thousands of currently licensed practitioners. For example, ACA’s own 2011 study found that only 13 percent of licensed mental health counselors in New York graduated from CACREP-approved programs. In addition, because only 32 percent of U.S. master’s programs in counseling and only 11 percent of 60-credit mental health counseling programs are accredited by CACREP (see the 2010 text Ethical, Legal and Professional Issues in Counseling by Theodore Remley and Barbara Herlihy), there are undoubtedly thousands of current counseling students in the country who will be permanently excluded. Again, as an example, in Massachusetts and Maryland, 32 programs train mental health counselors. Two (one in each state) are accredited by CACREP.

Our country faces a critical shortage of mental health counselors to serve legions of our veterans, including those from the recent wars. It is a travesty that the majority of current and future mental health counselors will be excluded from providing services to these veterans. They deserve more and better, as opposed to more restricted, access to therapists.

CACREP-only language has moved into regulations in other important areas:

1) The Department of Veterans Affairs (VA) recently created a new job classification for professional counselors. These jobs are open only to graduates of CACREP-approved programs.

2) No state currently requires graduation from a CACREP-accredited program for licensure. Yet, CACREP’s stated goal (see, for example, Barry Mascari and Jane Webber’s article, “CACREP Accreditation: A Solution to License Portability and Counselor Identity Problems,” in the January 2013 Journal of Counseling & Development) is to restrict state licensure to graduates of CACREP-approved programs. Under regulations adopted in New Jersey in 2006 (and ultimately reversed by the grass-roots efforts of licensed counselors and educators), graduation from a CACREP-accredited program would have become a requirement for all new counselors in the state and any counselor moving into New Jersey. State counseling boards are continually lobbied by CACREP to restrict licensure to graduates of programs bearing their accreditation.

3) A bill recently introduced in the U.S. Senate (S. 562) would, if passed, extend Medicare eligibility to licensed professional counselors. Although there are no restrictions by type/accreditation of degree program in this bill, we are very concerned by the precedent that has been set in the regulations we have already described. If a CACREP-only restriction were to be inserted into Medicare regulations, we believe that Medicaid and private insurers would quickly follow suit, and in relatively short order, the practices of all graduates of programs not affiliated with CACREP would be obliterated.

These challenges to the majority of practicing professionals and counseling students in the country need a vigorous response. The rules need to be changed, and further restrictions must be prevented.

What is happening now

Practicing professionals, for whom CACREP may have seemed an “academic” issue, may not be aware that it serves only one slice of master’s- and doctoral-level training programs. The only programs eligible for CACREP accreditation are those in “counseling” or “counselor education.” CACREP does not serve programs that grant degrees with “psychology” in the name (for example, a master’s in counseling psychology) or whose core faculty have degrees in psychology, identify as psychologists or are otherwise interdisciplinary, despite the fact that these graduates are license holders and license eligible in all 50 states.

Ironically, if Carl Rogers wished to hold a core faculty position in a CACREP program today, he would be prohibited due to the requirement that only counselor educators may occupy such positions. Many of us received excellent education and training from psychologists and others whose training was in other disciplines. We do not believe that national certification and reimbursement should be restricted to those who were trained solely or primarily by counselor educators, thus excluding qualified license holders in every state.

We applaud and support the educational standards that CACREP has developed and the efforts to promote these standards nationally. However, other accrediting bodies with equally impressive standards exist that accredit the programs that CACREP does not. Many of our members are graduates of or students in these programs. A notable example is the Council on Rehabilitation Education (CORE).

All accrediting bodies share the same mission — to train and graduate counseling professionals of the highest caliber. We can coexist peacefully and strengthen each other by supporting strong common core training and diversity in faculty background as well as programs’ specialty areas of expertise.

What needs to be done

1) We believe that CACREP-only restrictions should be removed from hiring and credentialing processes for TRICARE and the VA and should not be included in any future regulations (for example, state licensure laws, Medicare and private insurance regulations). Restrictive supervision rules in the TRICARE regulations must also be removed. ACA has consistently requested TRICARE policymakers to expand the original, restrictive criteria, and we ask the leadership to redouble efforts to press for those changes. The TRICARE rules are “interim final rules” and can be changed. Because ACA’s requests of regulators have not been effective to date, we ask the ACA membership to join us in lobbying our congressional delegations to change the rules. Please send an email to your representatives in Congress and urge them to oppose the restrictive TRICARE and VA regulations on your behalf.

2) Until CACREP-only language and the restrictive supervision rule are removed from TRICARE regulations, the current interim rules for transition to CMHC status in TRICARE should remain open. Established and emerging professionals who can meet the supervision requirement should be allowed to move into independent CMHC status.

3) The requirement for CMHC applicants to pass the NCMHCE (the clinical counseling exam) should commence in 2017, giving states that do not currently use this exam a chance to move to it in a reasonable way.

4) Please write (emails are more effective than letters) to your senators and congressional representatives and ask them to support S. 562, which would allow professional counselors to participate in Medicare. We believe it is very important that regulations are written to allow all currently licensed professional counselors to participate. This is a matter of honoring the right of states to determine the qualifications for professional practice and to provide much-needed services to citizens in
every state.

5) Regarding training standards, the profession of mental health counseling stands at a historic moment. Importantly, delegates to the 20/20: A Vision for the Future of Counseling initiative did not reach agreement that graduation from a CACREP-accredited mental health counseling or clinical mental health counseling program should be included in model licensure language. We believe that a more inclusive endorsement of educational standards is needed and should be part of all future federal and state credentialing processes. Please join with us in calling on the leadership of ACA and its divisions to recognize and affirm the value that CORE has long brought to the training of professional counselors and that other accrediting bodies bring in providing an alternate route to accreditation for counseling programs in related academic departments. Future initiatives and regulations should recognize and incorporate these accrediting bodies alongside CACREP. In doing so, ACA will affirm and continue its rich and diverse intellectual history and serve the best interests of all of its professional counseling members.

Note: This article was submitted as a joint effort of the boards of the Maryland and Massachusetts chapters of AMHCA.