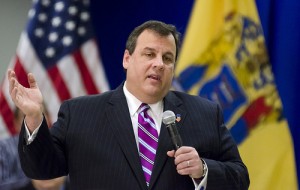 According to the Associated Press, Christie said he believes people are born gay and that homosexuality is not a sin, and that the noted health risks involved with reparative therapy are of greater concern than the “government setting limits on parental choice.”

“However, I also believe that on the issues of medical treatment for children we must look to experts in the field to determine the relative risks and rewards,” Christie said, citing a litany of potential ill effects of trying to change sexual orientation, including depression and suicide. “I believe that exposing children to these health risks without clear evidence of benefits that outweigh these serious risks is not appropriate.”

New Jersey is the second state to ban conversion therapy, after California, which did so earlier this year.

The American Counseling Association issued a statement of opposition to reparative therapy during a Governing Council meeting in April 1999. The council adopted the position “opposing the promotion of ‘reparative therapy’ as a ‘cure’ for individuals who are homosexual.”