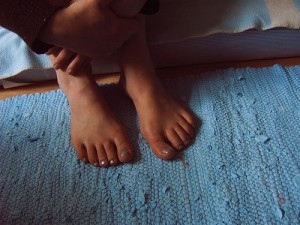 There’s this guy I know, let’s call him “Javier.” When he was 15, he had a life in Peru that he was not willing to leave. In Peru, Javier was surrounded by his family and friends. He was part of a community that spoke the same language he did and shared his values. Nonetheless, Javier’s mother felt her family could achieve more in the United States. She left for this country and then moved Javier here a year later. Javier had to say goodbye to his homeland where he was perfectly happy and come to a country that made him feel alone.

His loneliness was the result of a weekly, sometimes even daily, routine on his way to attend his American high school. He prepared himself to fight if one of the White kids randomly pushed him again in the hallway, despite Javier minding his own business. It could be the skinny one who had called him a “spic” the day before while he was waiting in the lunch line. Then again, Javier wouldn’t be surprised if he ended up having to fight the curly-haired kid who stood in front of his classroom doorway the week before and said, “Go back to where you came from. You don’t belong here.” He responded to the ignorance of these kids with his fists because he could not speak enough English to respond verbally. These situations, in addition to his loneliness, made Javier hate life here in America and everything associated with it. He wanted to go home.

Eventually, however, he made it through. Despite his resistance to American culture in the beginning, a final encounter with the law made it too risky for Javier to use his fists to communicate his anger and frustration any longer. He loved his mom, and he knew she wanted him safe in the United States. He got a night shift after school washing dishes to renew a green card his mother could not afford for him. Through soccer, he made more and more friends with whom he felt comfortable practicing English. He finished high school, continued to work other jobs and even took a couple of college classes. Today, he has a life he loves.

We go through life every day speaking the language of our environments. Sometimes we notice who isn’t speaking; a lot of times we don’t. Even when we do notice who isn’t speaking, we rarely consider the reasons why. We’re quick to say they are shy or simply not talkative. Some of us even think they’re dumb, lazy or lack the desire to speak our language. There are those who are even frustrated with these individuals’ accents; there are others who make fun of it.

Javier is a friend of mine. When we first got to know each other, I would listen to his stories about how hard it was for him to adapt to the United States, and I would wonder how he could have received more help. I wondered if there was truly something more that could have been done. What happened to Javier happened about 15 years ago. Although he’s all right now, I wonder about the many other immigrant and international students who slip through the cracks each day in cities all over the United States, especially in predominantly Caucasian, English-speaking communities.

Various social movements in the United States have made most Americans more aware and accepting of cultural differences. The consideration of these differences and how they can be used to better serve members of various cultural groups is called “multiculturalism” within helping professions such as counseling and social work. Multiculturalism traditionally comprises race, ethnicity, gender and religion. It has provided great insight to individuals in workplaces and schools about how people of different racial, ethnic and religious backgrounds have different values and needs in these environments. Nonetheless, other facets of diversity go relatively ignored within the scope of culturally competent services or social justice. Language is one of these topics.

Language is a social skill. Proficiency in a new language requires one to use it often and in different social contexts. In addition, one must receive the encouragement and possess the confidence to take risks without fear or worry of ridicule from others. Unfortunately, this may not always be available for immigrant youth in grade school such as Javier or for international students at colleges and universities. Although one might make the effort to acquire English through formal education, this is not always enough. For example, Javier was placed in English as a second language (ESL) classes when he arrived in the United States and stayed in them until he graduated high school, but he did not feel comfortable speaking the language until he found friends who would not make fun of him.

Language barriers experienced by immigrants and international students exacerbate normal challenges typical to most individuals when adjusting to a new environment, including homesickness and the inability or lack of opportunity to make new friends in the United States. I’m sure you’re thinking, “Isn’t that obvious?” but the connection between acknowledging what makes sense and putting prevention or intervention programs into action may not always be on the priority list for policy makers and school administrators. Some multicultural researchers have thus tried to shed some light on the language difficulties faced by immigrant youth in the United States so communities will be aware of specific risks that need to be addressed.

For example, Christine J. Yeh, a researcher on Asian immigrant cultural adjustment for the National Institute of Mental Health, and Marc Atkins, a leading researcher at the University of Illinois at Chicago on mental health services for grade school students, observed in 2008 the problems Chinese immigrant youth have with expressing themselves adequately in English. These researchers conducted intense focus groups with immigrant youth and were able to provide reasons why language difficulties made pursuing friendships an additional challenge. These students had pressing family, school and work responsibilities that gave them little time for social interactions that would help them improve their English skills. Furthermore, their decreased opportunities for practice made them particularly uncomfortable in social situations. Although seemingly commonsense information, these types of studies are important to educators and others who advocate for these students. The concrete, scientific reasons behind how language barriers inhibit bright students from doing well shows policy makers why these students need additional services — for example, special social interaction groups during the school day, which they are more likely able to attend versus afterschool programs.

Furthermore, providing scientific research allows advocates to show just how serious the consequences of language difficulties can be. Senel Poyrazli and Kamini Grahame, two researchers at Penn State Capital College who specialize in immigrant and international student experiences, found in 2008 that the lack of opportunity to meet new people left international students of various racial and ethnic backgrounds feeling socially isolated. These students were at particular risk for depression and anxiety. Strong proof for why social isolation was a serious concern for these students allowed these researchers to suggest meaningful solutions to university officials and others who familiarized themselves with the study. Thanks to these researchers, and those like them, we now know that increasing social support for immigrant students with low English proficiency can be the make-or-break factor in salvaging their overall educational experience and healthy development.

For example, I have another friend named “Ines” who emigrated from the Dominican Republic to the United States during her childhood, similar to Javier. However, Ines moved with her entire family to a predominantly Hispanic community. She was supported not only by her family, but also by an abundance of friends, teachers and members of a strong church community who spoke her native language. Ines had a completely positive experience as a Hispanic immigrant youth in the United States. Javier and Ines have nearly the same strong level of English proficiency today, but very different experiences to achieve it.

With the growing globalization of the world, language will become increasingly important in our environments. Group counseling literature with a linguistic focus shows that group interventions can be an important tool in helping immigrant and international students develop a bicultural/linguistic identity. With a broader view of multicultural competence, the human services and education fields will expand to serve populations in great need of their services, along with the help of others who are willing to advocate for them.

Krystle Dorsey earned her Master of Education in Counseling and Development from George Mason University. She currently works for the university’s college access program. Krystle advocates for the educational success, leadership potential, and career development of at-risk youth. Contact her at kdorsey757@gmail.com.