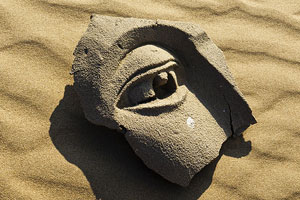 The demographic profile of the United States is undergoing rapid transformation as a result of factors such as immigration and the fertility/mortality rates among the various population groups. According to the 2008 Pew Research Center actuarial projections, the percentage of the White population will decline from approximately 67 percent to 47 percent between the years 2005 and 2050. Minority groups such Asians are projected to increase from 5 percent to 9 percent of the U.S. population during this time, while individuals residing in the United States but born outside the country will increase from 12 percent to 19 percent of the population. Hispanics are currently the largest minority group in the United States. By 2050, it is estimated that individuals of Hispanic or Latino origin will make up approximately 29 percent of the U.S. population.

After seeing these statistics, a question may pop into readers’ minds: What implications does the changing population landscape have for mental health professionals?

Supervisors are fewer in number than counselors, which limits the choices that counselors have in selecting supervisors relative to the choices that clients have in selecting counselors. Moreover, counselors who work at agencies are usually assigned to a supervisor, which means they may have little or no choice regarding with whom they are paired. Supervision is provided by more experienced counselors, and the current cadre of experienced counselors is predominantly White. This means that as greater numbers of minority individuals become trained as mental health professionals, they will likely interface with supervisors who are racially different from them.

What information would be useful in helping the counseling profession to address this changing racial landscape? Greater attention has been paid to multiculturalism in the counseling literature during the past few decades. This was buoyed in part by the declaration in the 1990s that multiculturalism was the fourth force in psychotherapy (after psychoanalysis, behaviorism and humanism) and the publication of the article “Multicultural Counseling Competencies and Standards: A Call to the Profession” by Derald Wing Sue, Patricia Arredondo and Roderick J. McDavis in the Journal of Counseling & Development in 1992. At about the same time, racial identity development theory was being fine-tuned. This theory caught the attention of educators, researchers and practitioners who were heeding the call to explore effective strategies for enhancing the multicultural competency of counselors.

Racial identity development theory has since become a common feature in the course work for training mental health practitioners, particularly as a tool for developing multicultural competency. This article examines the tenets of racial identity development theory and its utility for providing practical strategies that can be integrated into the repertoire of supervisory techniques when the supervisor and supervisee are racially different.

From the perspective of the BRID and POCID models, a person’s racial identity development evolves from denigration of his or her own race and the idealization of the dominant racial group (the pre-encounter or conformity status) to a sense of belonging to one’s own racial group and an acceptance of others who may be racially different (integrative awareness status). In the same vein, the WRID model summarizes the White person’s racial identity evolution from a lack of awareness of racism and White privilege (contact status) to confronting racism and oppression and forming alliances with individuals who may be different racially (autonomy).

In these models, as individuals move from the beginning phases of racial identity development (pre-encounter, conformity, contact) to the more advanced phases (integrative awareness, autonomy), their multicultural competency skills are enhanced. For a comprehensive review of the statuses and racial identity theory, see the resources listed at the end of this article.

The intersection of supervision and racial identity

Supervision is a tripartite relationship between the supervisor, supervisee and client. In 1979, Janine Bernard developed the discrimination model and described a supervisor as taking on the roles of teacher, counselor and consultant in addition to being a gatekeeper, evaluator and the monitor of client well-being. In relation to racial identity development, various permutations are possible between the supervisor and supervisee, with each holding a similar or different racial identity status.

The hypothetical case that follows highlights how these relationships may manifest in the supervisory dyad when examined through the lens of racial identity development.

Adán is a 29-year-old Puerto Rican male who recently qualified as a mental health professional. He completed his graduate work at a predominantly Hispanic university in New Mexico and accepted a counseling position at an agency in southeast Ohio. He chose to accept this position because the agency specializes in treating individuals diagnosed with type 2 diabetes mellitus (T2DM) and major depressive disorder (MDD). Adán’s desire is to gain the relevant experience so that he can return to his community in New Mexico where T2DM is on the rise among Hispanic groups.

Adán is assigned to Jimmy, a 55-year-old Caucasian who is an experienced supervisor and mental health professional. He has worked at the agency for more than 10 years. Adán and Jimmy meet weekly for clinical supervision and discuss Cynthia, among other clients. Cynthia is a 62-year-old Caucasian woman who has chronic T2DM and is diagnosed with MDD. Adán reports to Jimmy that he is frustrated with the client and does not think the sessions are going well, especially because Cynthia questioned his credentials in the prior session.

The key points from the perspective of progressive, regressive and parallel relationships that may occur between the supervisor, supervisee and client are:

Supervisors and supervisees can use the following practical steps to enhance the supervision experience. These suggestions also intersect with the three tenets of multicultural competencies — namely awareness, knowledge and skill — advocated by Sue, Arredondo and McDavis.

Racial identity development is not necessarily an issue with all supervisor-supervisee-client dyads, but it remains an important consideration, especially when supervisors, supervisees and clients are different racially. It is highly recommended that supervisors and supervisees become aware of where they are located on the racial identity continuum. Awareness of self and knowledge of others can serve mental health professionals well in advancing our skills with clients and adding to our toolbox of multicultural competencies.

I have found the following resources to be particularly helpful:

Yegan Pillay is a licensed professional clinical counselor with supervisor endorsement from the Ohio Counselor, Social Worker and Marriage & Family Therapist Board. He is an associate professor in the Department of Counseling and Higher Education at Ohio University-Athens. He has spent several years nationally and internationally as a counselor educator, researcher and clinical mental health professional. Contact him at pillay@ohio.edu.