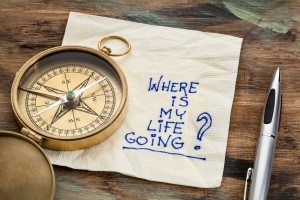 I sit up straight in my chair in the small office, nudging my glasses up the bridge of my nose and hoping my new client doesn’t realize we’re the same age. Yet her comfort level with these new surroundings appears seamless as she tucks her legs underneath her and explains why she is dressed for gym. Yoga is the only thing that lightens her depression.

“I’m not interested in being medicated,” she asserts, even if that means lying awake all night. She admits that the nights are the worst, when her fear of the future waits by her bedside like a dog wanting to be taken out, tail thumping anxiously.

A string of false starts — in life, school and work — has left this 20-something young woman confused about her own identity. It has also perplexed her parents, who feel anxious about how to nudge their daughter out of the nest without abandoning her. Not surprisingly, empathy can become a shallow well when credit card bills arrive faster than paychecks, so a neutral party — namely me, a counselor — feels less scary to everyone involved. Still, when my client first called to make an appointment, I could sense her mother over the speaker holding her breath, silently weighing my counseling credentials against the age in my voice — or the lack thereof.

I remember how strange it felt a few years back when my father was in the hospital after surgery to see him wheeled around by medical professionals who had been my high school classmates. To me, they were still teenagers daydreaming in second period biology; only now, they were in charge of people’s lives.

I imagine the parents of this young woman might have felt the same way upon entrusting their daughter into my hands as her counselor. Sounding and acting like a professional only goes so far when, on first impression, you can still pass for an undergraduate down the street at Georgetown University.

As a young professional, I am keenly aware that counseling is one of those professions where job experience is often measured by life experience. An oncologist doesn’t need a cancer diagnosis to know the ins and outs of the disease, but try doing marital counseling as a single person and you’ll get more than a few eyebrow raises. In the past year, my work with these 20-somethings (and even a few 30-somethings) who are struggling to shake off the strings of prolonged adolescence has given me insight into how I can help them with their dilemmas, both as a peer and as a resource.

This past summer, a Pew Research Center poll reported that more young adults were living with their parents than at any other time in the past 40 years. My client was one of the 21.6 million millennials living at home in 2012, up 3.1 million since 2007 and the subsequent economic recession. Of this group, 45 percent are unemployed, and they’re more likely to be women, under the age of 25 and without a college degree. Desperate for their adult children to move out of the house, pick a career and pay the bills, baby boomer parents are nudging their offspring into psychotherapy offices with the hopes that professionals can offer a firm, fresh push in the right direction.

Every week, my client, struggling to launch out into the world, would lug in the weight of her family’s expectations and values. Before every session, we’d sketch a diagram of her family on the office chalkboard to remind us both that change doesn’t occur in isolation. Pushback from family members is inevitable when someone starts carving out his or her own identity, and fear and anxiety get passed around like the plague. She was drowning in emotions that accompanied constant comparison with relatives and peers, but together we began to wrap some crime scene tape around her reactions and play detective before she could sentence herself to failure.

After a fair amount of time and Kleenex, I felt comfortable challenging her to consider what it would look like to take responsibility for herself and her emotions rather than absorbing her parents’ anxiety. “What would make you want to support yourself because you value independence,” I asked her, “and not because you fear your father’s reaction?”

Defining a self outside of others’ expectations and emotions is a muscle that we both learned to exercise together. As her counselor, I checked the urge to assess my work according to her family’s perception of my value. Similarly, my client began to follow through with decisions that were intrinsically rather than relationally motivated. As is the case with any family, there were countless stops and starts along the way, times when a tense holiday gathering or a costly car repair let the fear of disappointment take control. As my client’s peer, I believe I drew patience and empathy for her in part from my own relationships with friends and classmates over the years — young adults who felt overwhelmed by student loans or couldn’t quite seem to escape the intense focus of their parents.

“You swim in the same water that your family does,“ I reminded my client on numerous occasions. “But you’re here to learn what it feels like to poke your head above the water and gain a little perspective.” By making the effort to initiate conversations with her parents that didn’t revolve around just grades or bills, she was able to inch toward an adult relationship with them. She slowly began to separate personal goals from the ever-fluctuating opinions and perceptions of others, which I truly believe is a lifelong endeavor.

I abandoned my glasses awhile ago in sessions with this client. They are no longer my secret shield, creating the illusion of experience and adding a few years to my age. I ceased fretting over my professional persona because I learned that my responsibility is to walk beside her rather than lead her — a task I hope her parents have learned as well. Appearances can be deceiving, but that’s what counseling is all about.

Kathleen Smith is a family systems counselor and postgraduate trainee at the Bowen Center for the Study of the Family. She is also a doctoral counseling student at George Washington University. Contact her at ak_smith@gwmail.gwu.edu.