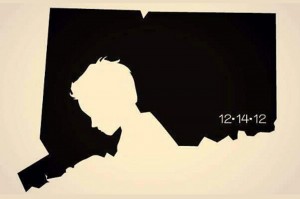 It has been a little more than one year since the tragic mass shooting at Sandy Hook Elementary School in Newtown, Conn. The need for counseling and mental health services for those affected will only grow in year two, says Deb Del Vecchio-Scully, a trauma counseling specialist and executive director of the Connecticut Counseling Association, a branch of the American Counseling Association.

“The mental health needs of this community are immense. … And the thing is, there are many people who have not sought counseling yet,” she says. “[The shooting was] a major, major mental health event which has overwhelmed the mental health community.”

Professionals are seeing entire families seek therapy and children with posttraumatic stress disorder, Del Vecchio-Scully says. Some Newtown families are driving 30 to 40 minutes outside of town for sessions because local counselors are fully booked.

Del Vecchio-Scully helps run a support group and serves as an advocate for Newtown survivor-witness families. She is also a board member of the Newtown Memorial Fund.

Though much work remains to be done, there has been “a tremendous spirit of community, really supporting the town,” Del Vecchio-Scully says.

The Dec. 14, 2012, shooting at Sandy Hook Elementary School left six adults and 20 children dead, as well as the 20-year-old shooter, who took his own life. His mother was killed earlier that day in her Newtown home.

The community’s heartbreak was felt across the United States; President Barack Obama wiped away tears as he addressed the nation on television on the day of the shooting.

In the days that followed, the Connecticut Counseling Association partnered with the Newtown Lion’s Club to collect donations to provide free counseling to anyone directly affected by the shooting. The fund has paid out $250,000 in its first year — covering treatment for 132 families and more than 200 individuals.

Helping children return to school and “resume a sense of normalcy” has been a priority for counselors, Del Vecchio-Scully says. Expressive therapy and pet therapy, including the use of “comfort dogs,” has been useful, as has encouraging children to resume sports and other activities. “Helping [children] regain a sense of safety at school again has been a major focus, so they can return and learn,” she says.

Counselors and other mental health professionals have made great strides in “unwinding the trauma,” but there is years of work ahead, Del Vecchio-Scully says. She points out that each group affected on Dec. 14 — from those who were inside a classroom where the shooting took place to the other kids in the school, the teachers, the school staff, parents, emergency responders and the community at large — has different mental health needs.

The trauma rippled through the town in “concentric circles,” Del Vecchio-Scully says.

One psychiatrist estimated that the most traumatized of Newtown’s children will need counseling for the next decade, at an estimated expense of $100,000.

“Who could ever bear that [financial] burden?” Del Vecchio-Scully says. “It was such a huge tragedy, [and] unique because the kids were so young. I don’t think anyone can really predict the mental health needs.”

The Newtown Lion’s Club and the Connecticut Counseling Association continue to collect donations to provide free counseling to those affected by the school shooting at Sandy Hook. For more information, see newtownlions.com.

The Newtown Memorial Fund also continues to accept donations to support those affected by the tragedy. For more information, see newtownmemorialfund.org.