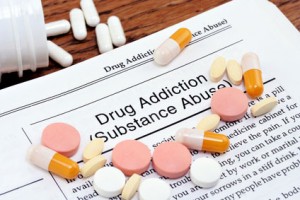 A recent government survey indicates more Americans are getting the help they need in crucial areas – such as heroin addiction – and our nation’s behavioral health is improving in some aspects, including the abuse of prescription pain medications.

The Substance Abuse and Mental Health Services Administration recently released the results of its 2013 National Behavioral Health Barometer, a survey of Americans’ behavioral health problems, from suicidal thoughts and underage drinking to rates of serious mental illness and substance abuse.

Positive strides have been made in some areas in recent years, SAMHSA reports. For example:

Data was compiled from numerous federal surveys. In addition to nationwide statistics and trends, the report’s information is broken down for each U.S. state as well as by gender, age group and race/ethnicity where possible.

“[The report] provides both a snapshot of the current status of behavioral health nationally and by state, and trend data on some of these key behavioral health issues over time,” SAMHSA said in a press release. “The findings will be enormously helpful to decision-makers at all levels who are seeking to reduce the impact of substance abuse and mental illness on America’s communities.”

To view or download copies of the report, visit samhsa.gov/data/States_In_Brief_Reports.aspx