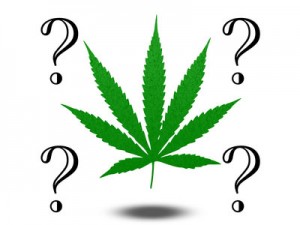 Recreational marijuana recently became legal in Colorado, and several other states may soon follow suit. It remains to be seen what impact this decision ultimately will have on counselors working with clients in school, addictions, mental health and other settings.

Catherine Iliff, a licensed professional counselor in Pueblo, Colo., says the legalization of recreational marijuana has been a much-discussed topic and cause for concern among her colleagues, especially those who treat clients with addictions. She predicts legalization will lower people’s inhibitions about trying the drug, likely leading to an increase in marijuana use. In some cases, she says, users will experience increased levels of anxiety or depression.

“[Marijuana use] will increase the potential problems in people’s lives, [and] more will seek help for their problems,” Iliff says. “As a counselor, it will affect how I see the problems of these individuals. I screen for marijuana use so that I can determine those people who may be affected by it. I will need to assess in session whether an individual’s decision-making and judgment are affected by marijuana use.”

In Colorado, stores began selling marijuana for recreational use on Jan. 1. Washington state, which has also legalized marijuana, is in the process of licensing retailers. Petitions or ballot measures to legalize pot are also gaining momentum in Alaska, Oregon, Arizona, California, Maine, Massachusetts, Montana and Nevada, among others.

In addition, medical marijuana is legal in 20 states and the District of Columbia.

Keith Morgen, assistant professor of counseling and psychology at Centenary College in New Jersey and president of the International Association of Addictions and Offender Counselors, a division of the American Counseling Association, says the challenge for counselors will be the discrepancy of legality between states. Federally, possession of marijuana remains illegal.

“Clients who present with marijuana use can be more resistant to making any changes in their behaviors because they see how … they would not be in counseling for engaging in the exact same substance use behavior” in a state such as Colorado, Morgen explains. “I’m already seeing that phenomenon in the work I do with adolescents in an outpatient program. Also, imagine if a client used to live in a state where marijuana is legal but moves to a state where recreational use is illegal. Obviously, that is a context prime for problems and confusion.”

“Legalization in some states also comes at a time of great change in how we diagnose substance use disorders via the DSM-5,” Morgen continues. “So there are plenty of new issues and concepts that are still being worked out.”

Colorado counselor Briana Mahoney says she is “not terribly concerned” about her state’s recent decision to legalize marijuana. “In my experience, my clients who use marijuana frequently certainly did so before it became legal, and I’m not sure I’ll see a big spike in usage just because it’s legal,” she says.

Mahoney recently finished her master’s degree and works with transgender clients in private practice at Pride Counseling Center in Denver. “I think legalization has a minimal impact on my work,” says Mahoney. “When I’m discussing pot use with clients, I would certainly have mentioned the legal issues that come with using an illegal substance, but the bulk of my work would center around what the drug ‘does’ for my client: Does it allow them to feel more social? Is it being used to numb uncomfortable feelings? Does it relieve physical pain? Is it being enjoyed and appreciated like one would a glass of fine wine? Legality is a small part of the overall effect of the drug on a client’s life.”

Counselors who may see legalization come to their state could prepare with additional training, says Iliff.

“Counselors will need training on the effects of marijuana and what to expect in people’s behaviors,” Iliff says. “It is important to be able to identify the negative effects as well as be prepared for how people believe it helps them, and to have some information about the research so that as a counselor, an objective view can be presented in educating the client. As a counselor, I would also like more training [because] I don’t believe I am well enough informed to persuade clients that it may be harmful.”

According to the National Institute on Drug Abuse, marijuana use can worsen schizophrenia and has been linked to depression, anxiety, suicidal thoughts in adolescents and personality disturbances.

Michele Engle, a Colorado Springs resident and graduate student at Adams State University, acknowledges Colorado’s decision to legalize recreational marijuana has made her rethink her approach with clients. “I live in Colorado, so it is going to impact my practice,” she says. “I have to sort through my old thoughts and ideas and see what needs to be changed so that I might ‘see through the eyes’ of my clients when assessing their needs and values.”

“I am a graduate intern in my last semester, and I have recently had two new [young] clients who are both using pot recreationally,” Engle says. “I am looking at my own ideas and values in respect to this, and I look forward to talking with others who are facing the same questions.”

Morgen thinks the counseling profession will remain largely unchanged by the legalization of marijuana.

“I don’t think there is anything specific a counselor would need to do if marijuana became legal in their state,” he says. “Counselors work every day with clients who are addicted to legal substances such as alcohol and nicotine. Many people smoke a pack of cigarettes per day and don’t care. They don’t seek counseling. Some want to quit smoking cigarettes, so they are the ones who seek counseling. Clients are mandated to counseling for addiction and behavioral problems due to alcohol. So, I think the work [of counselor]) would continue relatively unchanged. If the use of a legal substance leads to impairment in someone’s life, counseling would be warranted and/or possibly mandated.”

Washington Post article on Colorado’s legalization of marijuana, and other states progression toward legalization:  wapo.st/1dCSGxI