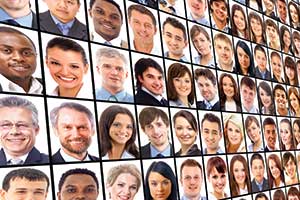 At the 2012 American Counseling Association Conference & Expo in San Francisco, Lee Mun Wah presented an education session titled “Let’s Get Real About Racism: Cultural Competency for Counselors.” The session was described this way: “Through guided questions, we will examine some of the fears and stereotypes that prevent us from having truly open, authentic conversations. We will explore what people of color can’t say and whites are afraid to ask, effectively and compassionately hearing the answers to these questions and developing ways to expand the conversation through curiosity, reflection and action. We will discover new ways to communicate, exploring what opens us up and what closes us down and, finally, looking at … ways to become culturally competent. You will learn effective cross-cultural communication and listening techniques and facilitation skills to adapt to a variety of diverse environments.”

Intrigued by the topic but unable to cover the session, Counseling Today invited Mun Wah to share his insights with a wider audience of ACA members by writing an article for the magazine. He offered a counterproposal: a series of vignettes focused on finding ways to create a sense of community within groups, particularly for those from diverse cultures. In addition, he offered to provide video clips from one of his training films that tie into the articles (the video that complements each article will be available on the CT Online website at ct.counseling.org).

My life’s work over the past 25 years has been as a diversity trainer, community therapist and filmmaker. I have facilitated workshops and trainings in corporations, universities, government agencies, churches and social agencies for thousands of groups throughout this country and around the world. My work is predicated on my own experience of what it’s like to be a person of color in this country.

On Jan. 31, 1985, my mother was murdered by a young black man in an apparent robbery. The residue of that moment permeates almost every aspect of my work and my relationships. Whenever I think of events in my life, everything is categorized as either before her death or after. It has become an emotional marker for when my entire life took a dramatic turn into a life I could never have imagined or necessarily wanted.

When I returned to work after my mother’s death, the secretary in the principal’s office told me that the man (Anthony) who killed my mother had attended our school 15 years prior. He had been transferred to another school because he was caught gambling in the bathroom. He begged to stay at the school, but in those days the counselors didn’t know how to work with young black boys. So, they simply transferred him — passing him on so someone else might deal with him. And so, much like in the movie Crash, years later his life came crashing into our family’s, and all our lives were never the same again. I have often wondered how my life, my mother’s life and Anthony’s life might have changed if only someone had put an arm around Anthony and taken the time to truly get to know him, to truly care about him.

In retrospect, if my mother had not been murdered, I would never have become a diversity trainer. And so, I thank my mother for having given up her life so that I could find mine. And I thank Anthony for reminding us all that every child counts and has a story to share in his or her struggle to be happy and whole.

From the outset, much of my collegial training as a journalist, educator, counselor and filmmaker was from a Western perspective. As a consequence, who I was as a Chinese American man raised in the flatlands of Oakland, Calif., often seemed inappropriate and inadequate. I was never asked by any of my European American professors or supervisors how I would respond from an Asian perspective. In addition, I discovered that none of my ancestral or historical teachings and stories seemed useful or relevant to any of the case studies we read about or dealt with in the classroom or counseling sessions. In short, I was raised to become a surrogate white professional in every aspect of the word. However, there was always a drawback. No matter how many degrees I acquired or how many years of experience I accumulated, underneath, to my white colleagues, I was still an Asian man, with all the positive and negative stereotypes and assumptions that follow that particular identification.

In 1985, I started the first Asian men’s group to deal with issues of anger, racism and leadership. (I had no idea that years later, the American Psychological Association would honor me as a counseling pioneer in the field of diversity.) Unfortunately, after all these years, it is still the only Asian men’s group I am aware of dealing with these particular issues.

For more than 10 years, I facilitated two groups: an Asian men’s group and a multicultural men’s group. Each group met once a week for three hours, 50 weeks a year. In the process, I learned my trade from personal practice, not just from a book. I honed my skills using my Asian and Buddhist learning, and over time developed a technique I call “mindful facilitation.” By the end of 10 years, I knew this new way of facilitating was not only practical but also improved the emotional and social self-worth of all the participants in my groups. Together, we created a phenomenal sense of community, trust and safety to be ourselves in a white-dominated society.

For the next several months, I will be offering a series of articles in Counseling Today that contain training vignettes from my book, The Art of Mindful Facilitation. The articles will not only give light to what is missing in the counseling profession, but will also explore alternative and culturally responsive counseling and facilitation techniques and perspectives.

One of the key aspects of mindful facilitation is noticing the intent and impact of our communications within the group process. Very early on in my education, I started observing how many times my white counselors missed what was happening in a multicultural group setting (particularly when it came to diversity issues) or, if they did see what was happening, opted to move on to the next person or topic. My sense is that their impetus to “move on” was often prompted by their fear of not knowing what to say or do. This limitation of experience and perspective is why I created The Art of Mindful Facilitation — to fill in the gaps of my “Western” therapeutic and educational training that avoided issues of diversity and cultural differences, particularly from relational, social, political and emotional perspectives.

So many of our Western models are not from a multicultural perspective but from a monocultural perspective that is often EuroAmerican, male, white, Christian, heterosexual, English speaking and middle or upper class. That is why this North American culture often confuses “celebrating our differences” with actually relating to or making use of our differences. In reality, I think we are not multicultural but rather multi-holidayed. We know almost nothing about the spirituality of most cultures and the people themselves. This loss to people of color, sexual minorities, women and so on is often exacted in terms of their emotional, social and professional self-esteem, relevance and safety. The goal of mindful facilitation is to give a voice to their journey and a face to their invisibility. To acknowledge that racism and sexism aren’t just what we see, hear or do, but also what we don’t see, don’t hear and don’t do.

So, how can we create a sense of community and safety when it comes to diversity issues? One essential ingredient is listening from a place of curiosity and compassion. In The Art of Mindful Facilitation, I provide more than 50 inquiries and statements that are helpful in creating a safe container when working with individuals and groups on diversity issues. What follows is a sampling of six inquiries and statements that I often use.

“What I heard you say was …” One of the fastest ways to de-escalate a conflict is to accurately reflect back what is being said. Though this may seem very elementary, it becomes more difficult when you’re being screamed at in a group or personally being challenged. It takes years of practice to be fully present and available when one is in the “eye of the storm.”

“Tell me more what you meant by …” I often call this the ideal first date statement. It exemplifies a curiosity about what has just been shared and offers an invitation to go deeper.

“What angered you about what happened?” Often anger is one of the emotions that is most feared in workplaces, groups and relationships. Someone once said that to tame a wild bull is to give it a wider field. Interesting, isn’t it? Most of the time we are taught that anger needs to be contained or sent down to human resources or the dean’s office. I think one of the major reasons we’re afraid of anger is that we’ve seldom had the opportunity to witness it being fully expressed, mediated and resolved.

But anger is more than just having the freedom to express it — it is also about being believed and understood. That is why when someone has expressed his or her anger, it is important to have folks repeat back what they have heard, to share whether they understood what the anger was all about and to move toward asking questions instead of being adversarial and/or defensive.

“What hurt you about what happened?” It is my belief that to get to the hurt, we must first be willing to hear the anger. As a therapist, I do not believe that anger is the primary emotion in most cases, but rather hurt. When our hurt is not acknowledged or validated, it becomes anger. So, the key here is acknowledging and validating the hurt.

“What’s familiar about what happened? How did that affect you, and how does it affect you today?” This is the “past tense” question and one that is often left out when discussing diversity issues. Yet it is one of the most important questions to ask because it can explain the intensity of the person’s anger and hurt. There are very few instances in which a victim of discrimination is validated and acknowledged by the perpetrator, therefore leaving a great many unfinished experiences and relationships.

“What do you need or want?” We often go to this question if we want to leave out all of the above. It is convenient and very male because it is a solution-oriented question, usually not implying an emotional need or desire. What I often find useful here is asking if they “believe” the other person will actually deliver or change if they do share what they need or want.

These and other listening and inquiry techniques and exercises that I will share in the coming months will help readers (potential group facilitators) to effectively utilize the accompanying vignettes. The vignettes themselves will reproduce actual situations that occurred in my workshops. The vignettes will include my thoughts/therapeutic rationale and the actual interventions I used, questions for the facilitator, group/dyad process questions and a link to its respective location in “The Art of Mindful Facilitation Training Film” (beginning with the May article, these clips will be available on the CT Online website at ct.counseling.org).

My hope is that these monthly diversity vignettes will demonstrate how mindful facilitation can widen not only the therapeutic lens, but our cultural lens as well. By noticing the cultural aspects of a communication and/or relationship and learning how to be culturally responsive, we deepen the conversation and the personal connection of all those involved.

Next month: The car repair