The process to become a licensed professional counselor (LPC) qualifies the license-holder to work with clients who present with posttraumatic stress disorder, schizophrenia, eating disorders and other diagnoses listed in the fifth edition of the Diagnostic and Statistical Manual of Mental Disorders (DSM-5).

Why then, would addiction – another DSM-5 diagnosis – be any different?

An extra, state-level certification is often required for counselors to work in addictions. That model complicates things for counselors and is turning graduate students off to the field of addictions counseling, contends Keith Morgen, president of the International Association of Addictions and Offender Counselors (IAAOC), a division of the American Counseling Association.

“You have to find a balance,” says Morgen. “You need to have the training to know how to do addictions work, but to [require additional licensure or certification, depending on the state] becomes less of a benefit and more of a hassle. It’s driving people away.” 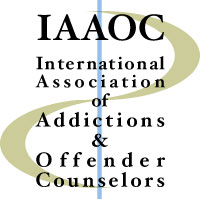 IAAOC recently formed a task force to focus on this issue. The group plans to present its findings – and suggestions for a possible remedy — at ACA’s 2015 Conference in Orlando, Fla. Morgen says IAAOC is looking for more counselors, both entry-level and established counselors, to get involved in this process (see the “get involved” box at the end of this article for more information).

Morgen, an assistant professor of counseling and psychology at Centenary College in New Jersey, says he often hears from students and young counselors who are frustrated with the extra requirements addictions counselors face.

Students who are very qualified, including those who have completed internships at addictions facilities, are having to get an additional license or certification beyond their LPC to find work in addictions facilities — despite the fact that the scope of practice of LPCs in their states covers all of the DSM, says Morgen.

“Depending on the state, that’s a lot of extra time and extra money,” he says. “Because of an outdated system, [young counselors] are being driven away. … It’s a whole body of counseling being forced into a burdensome process. It’s fragmenting the entire field.”

Some addictions facilities require counselors to have an extra state-level license before they’ll hire them, explains Morgen. “For example, in New Jersey, an LPC can do addictions work, but LPCs or recent grads [who are] logging hours for licensure are being told by facilities that they’d prefer the applicant to get the addictions license on top of the LPC,” he says.

This model also creates frustration for many veteran counselors. In some states addictions work is restricted for an LPC, and LPCs must refer any client who presents with an addiction issue in a counseling session to a certified/licensed addictions counselor, says Morgen.

Having to refer a client to another therapist mid-program is disruptive to the client and frustrating for the counselor, he says. It’s also counterintuitive, he adds, because addictions are often coupled with anxiety and other issues that clients typically work through with LPCs.

Over the next year, the task force will consider “recalibrations” that could be made to graduate course work and licensure requirements to make things easier for working and incoming counselors to enter the addictions field with their LPC, Morgen says.

However, Morgen stresses that the aim of the task force is not to eliminate the field of addictions counseling.

“We’re not saying ‘get rid of addictions counseling,’ but [instead] ‘get LPCs into the mix,’” he says. “LPCs need to be more integrated into the work with addictions clients alongside addictions counselors. And, just like any other DSM disorder class, LPCs should not be in any way boxed out and declared not eligible or qualified to work with a population. How much graduate school training do we all really get on any DSM disorder class? For example, how much classroom and practical training do we really get focused entirely on mood disorders? Yet, there are no obstacles for LPCs to work with mood disorders once they graduate. They simply transition into working at a facility with no required extra training for additional licensure/certification besides the work for LPC. This issue fits neatly within [the 20/20: A Vision for the Future of Counseling] initiative, and we’re trying to help ACA link our issue to 20/20.”

“Geri [Miller] and I firmly believe that effective counseling on substance use disorders does require specific and rigorous counselor training,” Morgen says. “But we also believe the current national practice of credentialing and training must change. State by state, outdated and burdensome rules are keeping countless qualified and capable counselors from entering the addictions field.”

“That’s what we believe and why we’re doing this.”

To participate in the IAAOC task force, email Keith Morgen at morgenk@centenarycollege.edu by May 12.

The task force welcomes counselors who have experienced frustration with the issues mentioned in this article, such as having to refer a client out of session to an addictions specialist, or being informed of a need for additional addictions licensure/certification, says Morgen.