“Instead of thinking about bullying, we should think about belonging,” says Stan Davis, a researcher on peer mistreatment and school dynamics.

The most effective way to combat school bullying is to work toward having students accepted by their peers, asserts Davis, a retired school counselor and child and family therapist in Maine. 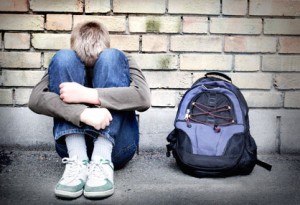 The majority of anti-bullying curriculum used in schools encourages bystanders and peers to speak up or intervene when they see bullying. According to Davis, not only is this tactic ineffective, it can actually make the bullying worse.

Davis and his co-researcher, Charisse L. Nixon, associate professor of developmental psychology at Penn State Erie, recently surveyed 13,000 public and private school students in 31 schools across the United States about bullying and school culture. They published their results and analysis in the 2013 book Youth Voice Project: Student Insights Into Bullying and Peer Mistreatment.

Of the 13,000 youths surveyed, 3,000 said they had been mistreated by peers repeatedly, two times a month or more.

High schoolers who took the survey named two tactics as most effective in disarming a bully: walking away from the situation and pretending that it didn’t bother them. At the same time, they said the assertiveness and intervention methods commonly taught in anti-bullying programs often led to negative outcomes.

“What [students said] worked better than anything was when kids were included by their peers,” Davis says. “It was twice as effective as asking the bully to stop.”

Davis believes school staff and therapists should focus on the school culture as a whole rather than trying to make kids “bully-proof.” While he isn’t suggesting that schools shouldn’t try to reduce instances of bullying, he says the reality is that there is no way to stop all mean behavior among school students. Instead, healing, belonging and connecting should be the focus of anti-bullying efforts, he says.

Davis illustrates his point with an analogy of safety airbags in vehicles: We are not going to stop car crashes altogether, but we can make them “survivable,” he says.

“[It’s] a seductive idea – that a therapist will make a child so confident that the bullying will stop,” Davis says. “We need to switch and realize, ‘I don’t have any magic that will make the bullying stop.’ There is no such magic. … We can’t give the kid some kind of mystical shield.”

Therapists should use a cognitive approach with students who have been mistreated by peers, says Davis. Assure them the bullying is not their fault but simply a choice that another person made.

“The idea that a kid could change the behavior of another kid is fantasy,” he says. “It just doesn’t happen.”

Instead, focus on enhancing the mistreated student’s social network and sense of belonging, Davis suggests.

As is the case with victims of domestic violence, targets of bullying should never be made to feel they brought the situation upon themselves, Davis says. Avoid anything that implies the student should make personal changes – be less flamboyant, behave differently, opt for a less noticeable hairstyle, etc. – to stop inviting bullying.

It’s a misconception that victims are made targets of bullying because they’re not assertive, Davis says.

According to their survey results, Davis said assertiveness worked just 20 percent of the time in bullying situations. In a majority of situations, it just made things worse, he says.

Fifty-six percent of youths said the situation got better when a peer spent time with them at school. Private expressions of support between students, such as sending a text message, were also helpful, he says.

WORKING WITH THE BULLIED

Here are some ways Davis suggests counselors can help students who have been mistreated by their peers:

Davis is continuing his research on peer mistreatment and school dynamics, and also leads programs and workshops at schools for staff and students. For details, see his website, stopbullyingnow.com.

For details on the Youth Voice Project research and book, see youthvoiceproject.com.