As a school counselor in Florida, Kristina Knight helps students decide which classes to sign up for and organizes programs on goal setting, drug abuse and bullying. Nothing unusual there.

But something sets Knight apart from the large majority of her school counseling colleagues: She is never in the same room as the thousands of students and parents she counsels.

Knight is a school counselor for Florida Virtual School, one of a growing number of  primary and secondary level online schools  across the United States. According to the 2013 Keeping Pace survey (kpk12.com), 30 states now have at least one full-time online school. 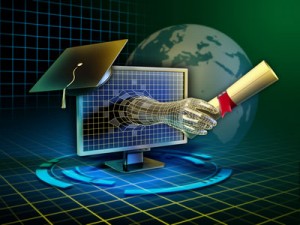 As the name suggests, everything is done online at a virtual school, from teaching class lessons to turning in assignments and taking tests. Students take classes and interact with their teachers and classmates via video chat programs, podcasts, online message boards, email and other electronic mediums.

Depending on the school and situation, counselors for virtual or online schools interact with students and parents via email, online instant messaging, telephone, text message or video chat.

In addition to one-on-one interaction, Knight creates webinars for students twice a month on social-emotional and academic topics such as bullying, suicide prevention, finding college financial aid, cybersafety and preparing for the SATs.

Knight says her job at Florida Virtual School is a welcome chance to “get back to the basics” of counseling and really focus on what she’s trained to do: support students and families. Counseling at a virtual school frees Knight from the extraneous responsibilities, such as doing bus duty or being a cafeteria monitor, that she often was assigned when she worked as a high school and elementary school counselor in traditional brick-and-mortar schools.

Virtual school counseling features its own unique challenges, but there are rewards as well.

Tinisha Parker worked as a counselor for four years at Gwinnett County Online Campus, an online public charter school in Gwinnett County, Ga. She advised her students via phone, video and online messaging, but she would also travel to meet them in person on occasion. It might surprise some people to hear Parker say that in some cases, the online format allowed her to make deeper connections with students than a traditional school setting would foster.

“Our relationship didn’t start at 7 a.m. and end at 3 p.m. We weren’t bound by the same constraints – by a physical day or a physical building — like I was in a traditional school setting.” explains Parker, a licensed professional counselor (LPC) and American Counseling Association member who is now the coordinator of advisement and counseling for the Gwinnett Public School district.

“It gave me a window to see other parts of their lives that I wouldn’t have been privy to otherwise,” she says.

For example, when Knight called to talk to one of her students about an academic issue, she found out the student was a teenage parent. They chatted as the student was on her way to pick up her child from day care. 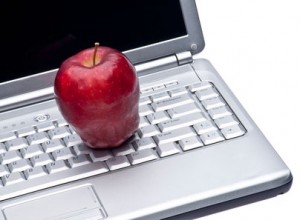 Counseling a student via video chat or instant messaging also removes the stigma of being seen walking into the school counseling office, notes Tracy Steele, director of counseling at Stanford University’s Online High School, a California-based independent private school. Students are often more comfortable talking with a counselor from their own turf, such as their bedroom, via video chat, she adds.

“You’re not around the kids all the time, so your door is not open for a student to come in and physically be upset,” Steele says. “That is a challenge in terms of finding safety nets and opportunities to check in with students.”

Steele says her program makes up for this by being very intentional about engaging students and making sure they are taking advantage of social supports. The counseling staff makes a point of planning programs such as sessions on career counseling, goal setting and other topics to interact with students, she says. They also organize in-person “meet ups” for groups of students around the country and host a summer session on the Stanford campus that features both academic and social programming.

“Some people think [a virtual school] is all about the technology,” Steele says. “For us, it’s all about the connection” — teachers to students, and students to each other, says Steele.

Parker says her school also planned social get-togethers, such as a group outing to a professional baseball game, and even a prom. Students also came to a central campus to take final exams and to have one-on-one study sessions with teachers if needed.

“It’s so easy to go into a shell and clamp down in a virtual environment,” Parker says. “We don’t want it to be a place for kids to ‘retreat from the world’.”

Students enroll in virtual schools for a variety of reasons, from medical problems that prohibit them from attending traditional schools to travel commitments because of acting gigs or competitive sports. Parker says one of their students enrolled so she could take classes while traveling to China to be with an ailing grandparent. Others take single or part-time online classes to supplement the instruction they are getting from their local public schools or homeschools.

In Florida, all students are required to take at least one online class as a public school graduation requirement, Knight says.

Another common issue, Parker says, is a misguided assumption among students that online school will be easier than traditional school. In fact, it’s usually the opposite, she says, because the online model demands self-discipline.

Many of the students at Stanford University’s Online High School are “academically talented,” Steele says. However, successful students don’t always reach out for help when they first run into trouble because they’ve always aced things in the past, she says — and “failure” to them may be receiving a B or a C.

Steele says she works with students to talk through what they could do differently next time. She also encourages them to view a challenge as an opportunity to learn and improve.

The American School Counselor Association estimates that less than 1 percent of its members are counselors at online or virtual schools. Still, school counselors play an important role in student growth and learning, no matter the educational format, says Steele.

Students and families will always need the support of school counselors, she says.

Parker encourages counselors not to be afraid of using technology as a tool. Electronic communications cannot replace face-to-face counseling, she says, but they can complement the work that counselors do.

“Quite honestly, this is what this next generation is used to. This is how they communicate,” she says. “This may be your window to communicating with a kid.”

Though based in California on the Stanford University campus, Stanford University Online High School has a student body of roughly 550 from all over the world. Tracy Steele is one of two full-time counselors who focus on the social-emotional issues of students, including outreach on drug abuse, eating disorders, depression and other issues. Other counselors on staff focus on academic issues, such as signing up for classes and college preparation.

Kristina Knight is part of a team of seven counselors at Florida Virtual School, a statewide online public school with more than 200,000 students. She is responsible for a caseload of roughly 5,000 students, who contact her via phone or email with questions about everything from signing up for classes to applying for college financial aid.