This vignette and those to follow in the coming months are actual situations that have occurred in my diversity workshops. They will include my thoughts/rationale and the interventions I used, as well as questions for the facilitator, group/dyad exercises and a summary that helps to place the event in a larger societal context. All the vignettes are adapted from my diversity training manual, The Art of Mindful Facilitation. In each article, I will also include an example of the presenting workshop issue related to the vignette — in this month’s case, the issue of fear.

This is an interactive process, so I ask that readers follow the steps below in their suggested order to better serve the purpose of these articles, which is to explore alternative and culturally responsive counseling and facilitation techniques and perspectives.

2) Return to this article and read the description of the vignette.

3) Answer the “practice process questions” following the description of the vignette.

For an introduction to this series, read “Group process from a diversity lens” in the April issue of Counseling Today (also available at ct.counseling.org under the “Features” tab). 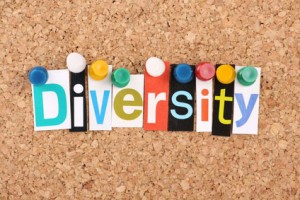 Prior to doing a diversity workshop, my co-facilitator, Linda (an African American woman), and I (a Chinese American man) were the recipients of a threatening letter sent to my home. The letter said that if we did the workshop, we would be shot. This was the one and only time I have been threatened. On the day of the workshop, security guards escorted Linda and me into the room, and participants were searched at the door.

A European American man wearing sunglasses would not let Linda begin the workshop until she answered whether she had a diversity training license. Linda tried to tell him that she had a master’s in counseling and five years of experience in diversity work, but he maintained his line of questioning, badgering her, “Do you or don’t you have a license in diversity?”

She finally said, “You must know there is no license in diversity.”

The man insisted that Linda, being unlicensed, could make it unsafe and even dangerous if someone became traumatized during the workshop. He then became increasingly insulting: “You have nothing to show us or tell us about that shows that you have some sort of credentials. … You could be a waitress in Sloppy Joe’s.”

Linda became incensed. “If you want to do this,” she said, “I’d welcome you to come up and do it.”

The man hesitated and then asked me whether I had a license. Without giving me a chance to answer, and referring to me as “Man Wah,” he said, “He’s being inscrutable.”

Practice process questions for the facilitator

1) What was hard for you about this vignette? Why?

2) What are some of the key words to focus in on?

3) What do you think is angering the European American man? Why?

5) What do you think the man wants?

7) What do you think is needed here?

8) How can you include the participants in this conversation?

9) Who would you work with first? Why?

10) What is frustrating about the European American man?

At this point, I suggest you write your own intervention before reading the remainder of the article.

I believe that all group facilitators and trainers, if they are truly honest with themselves, carry with them an image of someone whom they most fear will show up in their workshops. I was no exception. For a long time, I carried within me a fear that I would someday meet someone like my father. Someone who was powerful and charismatic and loud enough to make me feel worthless and inarticulate. Someone who wouldn’t let me talk or continue on with the workshop and who knew my deepest doubts about myself.

When I looked around at the faces in the room at this particular workshop, I could sense the tension was building. A scattering of folks of color were in attendance, but this was the norm at most of our seminars — 20 percent or less of people of color and always 80 percent or more white. And then I saw him.

My worst fears were personified. Sitting right in front of me was a white man, wearing sunglasses and sitting loosely in his chair with a swagger that befitted his arrogance. He was in charge, and everyone around him was aware of his presence and the power he wielded.

I turned away and quickly walked outside to the hallway, trembling. I was truly afraid this could be the day that all of my experiences and knowledge would be for naught. That he would have his way with the audience and I would be left looking helpless and humiliated. I prayed to my mom who was murdered in 1985, as well as to my ancestors, to give me strength and wisdom to make it through this day.

My co-facilitator Linda introduced herself and explained why we were here. The man with the sunglasses interrupted her abruptly, asking, “Do you have a license to do diversity?” Linda struggled to explain that there was no license for diversity and that her master’s degree in counseling and her five years of experience were sufficient. I could tell that she knew the man was already aware of this fact and that this was just an elaborate trap to get her to disclose it publicly. I realized that in just a few seconds, he would be coming after me.

The intervention I used

When the man with the sunglasses finally did ask me for my license, I realized there was no use telling him how good a person I was or saying that I had even more credentials than Linda.

Most trainers will tell you that you’ve got to do something at this point. In this case, I needed a little more time. So I blurted out, “I would be glad to answer your question on one condition — that you, first, answer a question for me.” In reality, I had no idea of any condition, let alone one condition. But it did buy me a few valuable seconds because everyone just stared at me with absolute anticipation and curiosity.

So, I slowly walked toward him. Along the way, I realized I was angry at him. But angry at what? I didn’t even know him. And then it came to me. I was angry because this scene was all too familiar to me. I had seen it again and again happening to people of color and women and gays and lesbians and to those who were poor and without power — always having to prove to a white man that we’re good enough, smart enough, experienced enough or professional enough. So, I said to him, “Would you have asked me for my credentials or license if I were a white man?” The room was stunned by my question, even more because it was the truth.

He leaned back and to my amazement said, “OK, you got me.” I was stunned at how fast he was willing to admit what he had done. On the surface, this sounded pretty good, didn’t it? Another Kodak moment. But I didn’t want this to be just about the both of us. I had to find a way to bring it back out to the rest of the group so that it would be a learning opportunity for everyone.

So I told him, “I wasn’t out to get you. I just wanted you to get a sense of what it is like for folks of color to prove on a daily basis that they’re just as good as anyone else. How many of you in this room know what I am talking about? Please stand.”

All the folks of color, as well as all the women, stood up. From there, the stories just poured out from the people of color. Unwittingly, the white man was the catalyst for sharing something larger than the two of us — what it was really like at work and in this country, on a daily basis, as a person of color.

When my worst fear finally happened, what transpired changed my life. It was perhaps the day of my reckoning. And what I learned not only saved my life but also created a template — using what had hurt me in my life to foster deeper understanding when it happened again.

1) What came up for you when you were listening to this unfold?

2) What’s familiar or unfamiliar to you in this story?

3) What hurt or angered you about this story?

4) What scared you about this story? Why?

5) What inspired you about this story? Why?

6) What are your fears of a particular group or person?

The presenting workshop issue in this vignette is fear (page 31 in The Art of Mindful Facilitation manual). Viewing this issue from a mindful perspective will supplement your intervention and provide some useful inquiries to choose from.

The definition of fear is an unpleasant emotion caused by the belief that someone or something is dangerous, is a threat or is likely to cause pain. For fear to be healed, one needs to penetrate the “walls” that surround that fear.

One of the manifestations of fear is generalizing the experience and associating it with other similar groups, situations and issues. Fear is based on our perceptions and experiences.

1) Have the participant share what happened. Help with defining the fearful experience. Give it a face, a place and a voice.

2) Inquire about the issues surrounding the fear(s).

3) Find out what is needed and what is not needed.

4) What is the cost of the person’s fears emotionally and physically?

5) What are the rewards and consequences of the person’s fears being revealed?

6) When appropriate, use role plays as a way of confronting and reframing the person’s trauma.

7) Update the fear to the present tense. Are those fears still real, or are they rooted in the past? Does the person still feel helpless and unprotected?

8) Solicit “allies” to be supportive. Have audience members share similar fears and the consequences of those experiences on their lives. This will help break the cycle of aloneness and isolation.

The summary provides a way to create closure by identifying a larger societal context to what happened and also to share what is needed. It is also a time to acknowledge those who have shared. The facilitator presents this summary to the entire group.

“The real work here is to realize that when conflict occurs, it is important to truly listen to each other and to learn what it has taken for someone to get to this room. Along with this is our willingness to stay in the room when it hurts or when we are misunderstood.

“It was not who was wrong or right here today, but rather what causes us to treat each other so differently. What have we learned that causes us to fear or to doubt another’s abilities and intelligence?

“How willing are we to learn about each other’s differences? In other words, it is time to get outside of our familiar world and to explore those places we have never been to and with people who look and act and think differently from ourselves.

“These are the two Americas. Which one are you a part of? And what are you doing to end racism on a daily basis?

“James Baldwin was right. America is one tough town.”