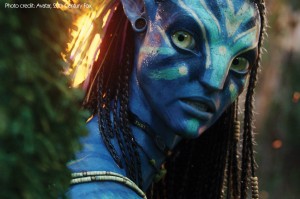 Despite the seemingly widespread understanding that mental illness is a disease that can be effectively treated, prejudice toward individuals with mental health issues still pervades our society. People with such conditions are often depicted as undesirable and incapable of maintaining meaningful personal relationships or holding positions of authority. Organizations such as the National Alliance on Mental Illness and the National Institute of Mental Health have led efforts to overcome the stigma of mental illness. In addition, anti-stigma campaigns have been developed to end discrimination surrounding mental illness. The American Counseling Association has also encouraged its membership to play an active role in the fight against mental health stigma. It is clear that the stigma surrounding mental illness is both a social justice issue and a public health issue.

Stigma compounds the already challenging problem of mental illness. Just as oppressive as its symptoms is the effect of the dominant story in our culture about mental illness that tends to marginalize, subjugate and pathologize individuals with such conditions. Actress and activist Glenn Close, who co-created the anti-stigma campaign Bring Change 2 Mind, suggests that the stigma is worse than the mental illness itself. Stigma affects all sectors of society. For example, the U.S. military has developed programs to combat stigma associated with mental illness and improve quality of care for soldiers who are increasingly dealing with posttraumatic stress disorder and other conditions.

An international study by researchers at Indiana University in 2013 found that stereotyping is a main source of stigma surrounding mental illness. Although notable efforts have taken place to create accurate portrayals of mental illness in the entertainment industry and media, many depictions continue to disseminate stereotypes and other information that is just plain wrong. But rejection of negative stigma may also lead to positive stigmatization: attaching stigmas that are intended to grant a kind of protected or special status to clients with mental illness. The problem with stereotyping of any kind — even if there are positive intentions behind such views — is that it categorizes the objects of the stereotyping as people who are somehow “other.”

In this article, we present the concept of the “noble savage” as a metaphor for understanding how the general public and, in particular, counselors may stigmatize people with mental illness. The noble savage is a fictional archetype based on a common social stereotype. The noble savage describes an idealized indigenous person, outsider or “other” who has not been corrupted by modern civilization, therefore symbolizing the innate goodness of humanity. The noble savage concept suggests that indigenous, native people are somehow closer to nature and therefore possess a heightened spirituality compared with “civilized” people who do little more than corrupt or destroy the natural world.

The phrase noble savage first appeared in the 1672 play The Conquest of Granada by John Dryden. In his play, Dryden differentiates between a world of laws, which includes civilized people, and a world of nature before such laws were brought to bear. The former consists of controlled, debased humans separated from God by modern societal constructs; the latter is a free, natural, wild world populated by noble savages — humans in their pure state.

Examples of the noble savage are replete in contemporary films, including Avatar, Dances with Wolves, The Last of the Mohicans and The Last Samurai, tales in which invaders, corrupted by their desire for wealth and conquest, are contrasted with more primitive cultures. Most of these narratives involve a member of the invading culture turning against one’s own kind to champion the cause of the noble savage. For example, Avatar is about tall, striped blue beings living in trees — the noble savage Na’vi — who are rescued by a white male who comes from a technologically advanced planet that is attempting to plunder Na’vi resources.

Films based on actual events have also depicted the noble savage concept. Mississippi Burning casts the struggle of African Americans in terms of how members of the dominant white culture become involved with resolving the other’s situation. Those who are not part of the dominant culture take a back seat in their own struggle to be recognized as equals and treated with dignity.

The concept of heroism associated with entering into the world of the noble savage is particularly relevant for counselors. Perhaps some counselors see themselves as “champions” for clients, not only because counselors have the means to bring about positive change, but also as a result of assigning clients a special status as people incapable of helping themselves. Effective counseling requires an ability to guide clients to identify their own strengths and problem-solving skills. If a counselor falls into the trap of viewing clients as noble savages, then he or she may see clients as “good” but also ultimately incapable of making their way in the same world that so-called “normal” people occupy. In such cases, the counselor becomes primary, a member of the dominant culture, while the client becomes secondary, a representative of the “other.” The counselor becomes the hero, the client someone to be saved.

It is important for counselors to recognize the precise meanings of their descriptions of clients. Although counselors may use the Diagnostic and Statistical Manual of Mental Disorders, such diagnoses should serve as limited guidelines for treatment, not labels that confine clients to roles as limited persons. Any label connected to mental illness must be approached with clear self-reflection. If counselors place themselves in the role of hero, then clients may not be afforded an opportunity to be empowered during the change process. Therefore, it is critical for counselors to consider if they are viewing clients with mental illness as essentially different from themselves.

Viewing clients with mental illness through the noble savage lens amounts to a fundamental denial of human nature and, in turn, contributes to stigma. Cognitive psychologist Steven Pinker has suggested that humans are not born as blank slates but, rather, have predetermined faculties for various traits, including language, memory and perception. Similar to the blank slate, the noble savage continues to be an inﬂuential concept in modern society. It has contributed to the development of ecological movements that distrust all things man-made and synthetic. The noble savage has also occasioned the emergence of the recent utopian view of bullying as a phenomenon to be eliminated rather than a fact of life that has always been and which is inevitably tied to aggressive and competitive tendencies in humans.

Research in various disciplines suggests that mental illness is deeply rooted biologically and can be explained in terms of evolutionary development. Advances in genetics have shown that personality traits are heritable. Neuroscience has identified brain mechanisms associated with aggression. And evolutionary psychology has taught us that the pervasiveness of human violence is related to Darwinian processes. Although there are cross-cultural differences between people, human universals suggest we are more alike than different. It is a misconception then to think of human beings in terms of “us” who are free from mental illness versus “them” who are uniquely plagued by such conditions.

Viewing clients as noble savages in need of rescue and counselors as their saviors ignores the ubiquitous nature of mental illness and the complex ways that mental illness can arise. According to the Centers for Disease Control and Prevention, 25 percent of U.S. adults have a mental illness. Mental illness is a complex phenomenon related to genetic, psychological and social factors. We are all prone to mental illness. For counselors to reduce themselves and their clients to archetypes is to deny that each of us encompasses a wide range of assets and deficits. We do not exist as simplified characterizations of virtue and vice.

Counselors serve an important function in combating stigma because of their relevant education, training and experience, as well as their direct contact with clients, educators, health care providers and policymakers. A major part of the effort to address stigma involves calling attention to the underlying attitudes that reinforce stigma and then working to change those attitudes. Like the culture at large, counselors often view people with mental illness in terms of established cultural narratives, such as that of the noble savage, which casts individuals in terms of stereotypes. Counselors need to examine their own beliefs and practices to ensure they do not perpetuate such stigmas.

Sometimes counselors buy into stereotypes about mental illness using the same inaccurate language and biases as social institutions, the media and the general public. For example, some counselors may refer to a client as “a borderline” rather than a client who has been diagnosed with borderline personality disorder. Becoming aware of expressions of stigma is an important role for counselors, and learning how to challenge these expressions is a critical skill. Counselors can reinforce their own anti-stigmatizing efforts by helping colleagues, friends and family members identify instances when they use diagnostic terms as insults or pejoratives. In addition, counselors can involve themselves in the efforts of organizations to fight stigma and call attention to inaccurate portrayals of people with mental illness in the media.

Perhaps most important, counselors have unique opportunities to help fight stigma in their clinical relationships with clients. Counselors can promote social justice in the fight against stigma one case at a time. This can be achieved by viewing clients as individuals with their own resources, strengths and skills. Clients must not be confined to roles as noble savages — good, but incapable. Instead they should be viewed as complete human beings who have struggles that we all share as part of the human family.