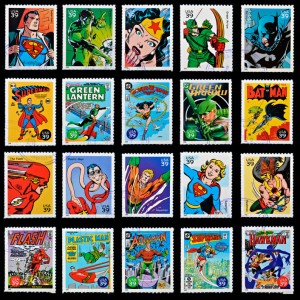 Stephen Kuniak was in a serious car accident during his first year in the master’s in counseling program at Duquesne University in Pennsylvania. While recovering, Kuniak noticed that he didn’t feel the extreme pain of his shattered femur and other injuries as much when he was engaged in activities that had comforted him since he was a child — reading comic books and playing video games.

Kuniak, now a licensed professional counselor (LPC) and clinical director for a family-based therapy agency just outside of Pittsburgh, is one of a growing number of counselors who embrace what they call “geek therapy,” or incorporating video games, comic books, superheroes, science fiction and other “geeky” things into their work as counselors.

Geek therapy is just one more way to connect with clients and further the therapeutic relationship, say Kuniak and Josué Cardona, an LPC who runs a private practice in Charlotte, North Carolina, and maintains a website and podcast series about geek therapy. For example, perhaps having Star Wars figurines in your office might help break the ice with a client who grew up loving the sci-fi trilogy. Or an adolescent who struggles with anger issues could find it easier to talk through scenarios describing himself as the Hulk, the comic book character who transforms into his green alter ego when stressed.

“I’ve always been a geek and I’ve always been very open about that. I learned how to read through reading comic books,” says Kuniak, who is working on a doctorate in counselor education and supervision at Duqesne. He hopes to defend his thesis – an exploration of the term “gamer” and its subculture – this summer.

With geek therapy, “You’re dealing with people’s passions,” says Kuniak, an American Counseling Association member who is also starting a private practice. “It helps us to create a common language, to facilitate conversation. It makes us more human to people. … The biggest benefit is that it makes us more accessible.”

Cardona says geek therapy is comparable to narrative therapy, play therapy, bibliotherapy and other methods counselors have used for years to help clients tell their stories.

“They feel comfortable [and] understood explaining [issues] through things they love,” he says. “For some people, it makes the therapy easier to swallow. It eases the barrier to entry.”

Both Kuniak and Cardona stress that geek therapy does not replace traditional counseling methods; it simply enhances or complements them.

The two counselors also agree that they don’t try to force-feed geek therapy to every client they see. They only introduce it if a client feels comfortable with it or shows an interest in it.

“I have plenty of clients who I never talk about this stuff with,” Kuniak says. “The catch with any good metaphor is that the other person has to have [experienced it] enough to be able to buy into it and understand the picture you’re trying to paint.”

On the other hand, even if a counselor isn’t personally interested in comic books or other geeky pursuits, if a client brings those things up in session, that is a critical moment, says Cardona.

“A big part of this is embracing what the client wants to talk about,” he says. “It’s an opportunity to embrace their passion. They probably want to talk about it; that’s why they brought it up. [You can say], ‘I don’t know what that is, but tell me about it.’”

In one case, Kuniak used an episode of the time-traveling sci-fi series Doctor Who with a client who was a fan of the show. The client found it easier to use the show’s plot as a narrative to talk about and illustrate some problems she was facing.

“That [Doctor Who] imagery is more powerful to her than if I were to come up with a real-world example or some fancy counseling imagery,” he says of the client.

Kuniak frequently works with families in crisis situations at his agency. He often has family members act out scenarios as if they were another member of their family to talk through family dynamics and interactions. In his geek therapy version of this intervention, he’ll have families play out a “live action comic book,” he says. Each family member picks a superhero character for the role-play. They have to figure out how to work together, resolve differences, rely on each other and figure out the team’s strengths and weaknesses, much like Marvel Comic’s superhero team the Avengers.

In another example, Cardona recently worked with a man in his 20s who knew he was anxious but struggled to describe and fully understand what anxiety was. The lightbulb switched on, Cardona says, when he explained anxiety as the client’s “Spidey sense,” or the special intuition that the superhero Spiderman possesses. Cardona explained to the client that this sense could steer him wrong sometimes – just as it occasionally does to Spiderman.

“He was able to understand the concept [of anxiety] through the framework of Spiderman,” Cardona says.

Many people don’t realize that comic books, video games and other geeky things often have a deep message or deal with substantial issues such as grief, loss or mental illness, which often makes them useful as therapy metaphors, Cardona says.

Cardona rattles off a laundry list of examples, such as the fantasy adventure video game Papa & Yo, which revolves around a child struggling with an alcoholic father. The game begins with an image of the child hiding in a closet as a monster passes by. The monster is his father, and the game involves finding ways to interact with and calm the monster.

Last year, Batman’s son died in the comic book series. The hero spends a significant amount of time grieving, Cardona points out, including an entire issue that didn’t include any words, only images that illustrated Batman’s sadness. 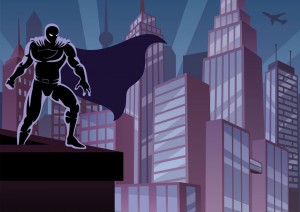 “Just as superheroes are transformed by circumstances beyond their control, so too are clients altered by adversities and vicissitudes that include abuse, divorce, illness, loss and relocation,” writes Rubin. “Their ability to adapt to these transformative experiences lays the groundwork for the struggles and triumphs to follow. Although clients do not have superpowers or fatal flaws, identifying with the physical and moral strengths of a superhero can be transformative and aid in overcoming disability and deficiency, whether real or perceived.”

Cardona and Kuniak say they are constantly trying to debunk the stereotypes and assumptions many people have about individuals who play video games and read comic books, including that they are immature or juvenile, escapist or unsuccessful in “real life.”

In fact, Cardona argues the opposite: that comic books, video games, science fiction and other geeky pursuits actually do a lot of good. The title of his website is “Geek Therapy: How geek culture is saving the world.”

Kuniak adds that walking around in a Star Wars T-shirt is no different than a passionate sports fan wearing the jersey of his or her favorite professional athlete or team out in public. “People shouldn’t be judged negatively because this is a passion,” he says.

Cardona and Kuniak are part of an informal network of like-minded therapists across the United States who are practitioners of or interested in geek therapy. They communicate and share ideas through email, social media and other methods. Cardona and Kuniak both have blogs through which they write about geek therapy and highlight references to related topics in the media and pop culture.

In Cardona’s podcast series, he interviews therapists who use geek therapy methods, such as a professor who created an online database of hundreds of comics for therapists, categorized by psychological themes. In another podcast, he spoke with Doug Ronning, a licensed marriage and family therapist and screenwriter for HBO’s Tales from the Crypt, about how monster movies can be used as a tool for personal growth.

Cardona also speaks about geek therapy at schools, counselor workshops and comic book, video game, sci-fi and other conventions, including at several Comic-Cons, the widely attended comic conventions that are a mecca for all things geek. Recently, he was among a panel of therapists who presented a session to a packed room at San Diego Comic-Con International, which had 175,000 attendees.

“I’ll talk about it anywhere I can,” Cardona says. “For someone who identifies as a geek, they are most likely used to most people not taking what they like seriously. If a client feels comfortable enough to share with you these things that are important to them, that is an opportunity to show them that what matters to them is important and important to you [the counselor].”

Video games: Statistics that may surprise you

For more on geek therapy:

Click [here] for a list of video games and other geek therapy resources for counselors written by Cardona and Kuniak.