The following vignette describes an actual situation that occurred in one of my diversity workshops. In addition to the vignette, I am including my thoughts/rationale and the intervention I used, as well as questions for other group facilitators to consider, group/dyad exercises and a summary that helps to place the event in a larger societal context.

This vignette is adapted from my diversity training manual, The Art of Mindful Facilitation, although the manual is not necessarily meant to be a faithful adaptation of the accompanying film clip. This month’s article looks at the issues of shame and blame.

This is meant to be an interactive process, so I ask that readers follow the steps below in their suggested order.

2) Return to this article and read the vignette.

For an introduction to this series, read “Group process from a diversity lens” in the April issue of Counseling Today.

In this particular diversity workshop, I showed the film Last Chance for Eden. In one of the scenes, an African American woman talks about being stopped by the police. This started a conversation among the workshop participants.

I asked the participants to stand or raise their hands if they felt they had ever been pulled over by the police because of the color of their skin. A black woman shared that she was driving home late one night when she was pulled over for no apparent reason and forced to get out of her car while the police questioned her. 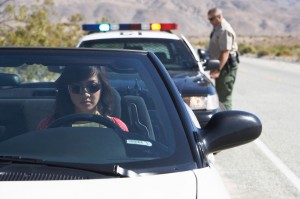 She described the scene like this: “The police officer starts saying, ‘Well, what do we have here? Where did the girlfriend get the car?’ And I’m not saying anything. He tells me to step out of the car. And he says, ‘Where are you going?’”

I asked the audience members to raise their hands if this story was familiar to them. Most of the people of color raised their hands. Suddenly, a Caucasian woman, Susan, jumped up and yelled, “This workshop is police bashing!”

1) What came up for you when watching the video and reading this vignette?

2) What key words would you focus in on?

3) What are the issues sitting in the middle of the room?

4) What do you think are Susan’s issues with the workshop? Why?

5) What is familiar about this situation?

6) What do you think Susan wants? Why?

8) Who would you work with first?

9) How would you include the group?

I wasn’t surprised by Susan’s remark but rather by her intensity and passion. I had a feeling there was something very personal connected to her reaction. She wasn’t simply someone who didn’t believe the stories being shared in the workshop; she was someone who had a deeper stake in these stories.

I suspected there was yet another story behind Susan’s statement. It was what she wasn’t saying that needed to be shared. From there, a deeper dialogue could be pursued between the victims, their perpetrators and the larger community. Those who had told their stories had created an opening for everyone else.

What was also important here was not to forget the trauma of the victims who had shared their stories of racism and police harassment. They too needed to be acknowledged and supported, as well as for some action to be taken. In the process, we also needed to discover how many others in the audience didn’t believe the victims or felt that the diversity workshop was police bashing.

I told Susan I had a hunch that I wanted to check out. “Do you have a partner or a relative in law enforcement?” I asked. She said, “Yes,” and then started to cry out loud.

I asked her what that was like. She poured her heart out about how hard it was to see her husband go out at night, not knowing for certain he would return. She apologized for being so outspoken but said she wanted people to know that her husband really cared about people too.

1) What came up for you during this experience?

2) Who did you identify with? Why?

3) What was good about this and what was hard? Why?

4) What do the black woman and Susan have in common?

5) What came up for you when most of the people of color raised their hands?

6) What would be a good question to ask them?

The definition of blame is assigning responsibility for a fault or wrong. Those who are heavily into blaming often feel powerless and/or overwhelmed by some perceived wrong. As a consequence, something in their lives remains unfinished and continues to wound and stimulate them.

Inquire whether they are blaming an individual, a group or an institution. The perpetrator or institution may be unavailable for dialogue, which therefore brings about feelings of depression and hopelessness.

Those who are blaming are often unable to be direct with their own feelings. Hence, they are often left with unfinished feelings that foster resentment and anguish.

What kinds of “rewards” do they get from being victimized? On the other side, what is lost from their lives when they are unable to feel relaxed and safe?

1) Through the use of role-play, have the participant confront his or her perpetrator(s) by choosing audience members who most closely represent the perpetrator(s).

2) Have the participant share what he or she needs to heal.

5) Does the participant want a solution?

6) Explore the kinds of feelings the participant is withholding.

7) What is the participant’s individual, group or family history regarding this issue?

The definition of shame is a painful emotion caused by a strong sense of embarrassment, guilt, disgrace or unworthiness.

The difference between shame and guilt is that people who feel shame think they are inherently shameful, whereas people who feel guilty typically associate that feeling with a specific act or situation.

People who feel shame often look down or avert their eyes when talking about their experiences. Have them look up, not only to face those around them, but also to be seen, accepted and possibly forgiven.

Shame often “freezes” people to the past and makes them feel powerless. The work is to have them relate what happened and how it affects them today. This gives their shame a face and present-tense reality.

1) When she or he is finished sharing, have the group notice the impact of what happened to that person.

2) Have the group repeat back what it heard.

3) Ask group members if they have ever felt ashamed and didn’t want anyone to know about it. If they are willing, have them share their personal stories.

We all have something of which we are ashamed. To go on with our lives, we need to take responsibility, forgive ourselves and others, and then try again.

As the facilitator, I presented the following summary to the entire group:

“If I hadn’t asked what was underneath Susan’s remark, we would never have known the deeper story behind her words. Everyone has a story, and if we don’t jump too quickly into being defensive or adversarial, we can learn about their lives and what they have gone through to get to this room today.

“There are good law enforcement officers everywhere, and their jobs are important and perilous at the same time. But as in all professions, there are also those who use their positions to harm others and who act out racism and sexism. It is imperative to bring them to justice because they not only rob individuals of their dignity and well-being, but they also tarnish a community’s reputation and the sense of safety for all its citizens.

“Susan, I heard you say that your husband cares for justice. In that case, I have a hunch that he would not stand for the things that happened to these folks. When he and members of this community stand together and say ‘no more,’ then it will exemplify the very best in a community — ensuring happiness and equal protection for all its citizens. Would your husband be willing to meet these folks and see what he can do to help?”

Susan was certain that he would be willing to do that. The audience applauded.