Recently, some 10,000 attendees gathered at the Texas Republican Convention to endorse a platform for the 2014 midterm election. The platform made national headlines for endorsing reparative therapy for gay people. Supporters of reparative or “conversion” therapy believe the treatment effective in turning gay people straight despite not a shred of evidence backing their claim. The point person promoting conversion therapy is Cathie Adams, president of the 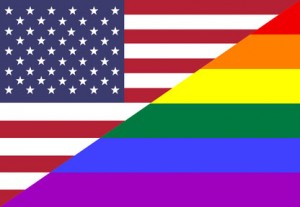 conservative Texas Eagle Forum. “Nothing is mandatory,” Adams wrote to CNN. “If a person chooses [conversion] counseling, then it should be made available. … It’s a freedom issue.”

Now I’m not surprised that the staunchly conservative Texas Eagle Forum is promoting reparative therapy. While I’m very disappointed the Texas GOP’s platform includes conversion therapy, that’s hardly an unforeseen occurrence given conservative political rhetoric. As a former Southerner long transplanted north of the Mason-Dixon DMZ, I’ve sadly been conditioned to expect Neanderthal Southern politics. I do not mean to paint everyone from the South with the broad brush of reactionary politics, but the Tea Party, voter suppression, anti-immigration initiatives and now conversion therapy thrive in fertile Dixie soil.

In fairness to Republican counselors, let me acknowledge that Democrats have plenty of human rights “sins” to atone for as well. Let’s never forget the 100 years of oppressive Jim Crow laws heavily aided by Dixiecrat politicians, including former Alabama Gov. George Wallace, the poster boy for white supremacy. Nor should we forget that Bill Clinton signed the Defense of Marriage Act or that Hillary only recently came out in support of gay marriage. The pendulum of bias currently swings toward Republican culpability, but Democrats retain a pall over their own house.

As I was growing up in the rural South in the 1960s and 1970s, politics was literally framed in terms of black and white. Race dominated every public discussion, with Martin Luther King Jr., Lyndon Johnson and Robert Kennedy pushing integration, while George Wallace, Lester Maddox and practically every other Southern politician pushing back with segregation. Even after the Supreme Court’s landmark 1954 Brown v. Board of Education decision and President Johnson’s Civil Rights Act of 1964, racist politicians fought integration with riot police, fire hoses, attack dogs and their shadow organization — the Ku Klux Klan.

Fast forward to the present, and although economic segregation is still alive and well, few Southerners are surprised that African Americans serve as mayors, congressional representatives, governors — even president. There has been a level of racial acceptance on the part of most Southerners that people of my era find astonishing.

In no way, however, do I espouse that the United States or the South is today race blind. Just try and get an open discussion going on race in a classroom, in the work setting or among peers. Race remains a sensitive issue and likely will remain so for the foreseeable future. The sensitivity is generally less volatile though, as evidenced by the absence of the type of political rhetoric and brutal suppression witnessed through the end of the 1960s. Vestiges of racial politics, generally in the form of anti-immigration bills and voter suppression, both targeting African Americans and Latinos, certainly remain. But few politicians and political action organizations dare openly express racial hostility — just ask former Mississippi Sen. Trent Lott, who a few years back was forced out as Senate minority leader over racist language.

The human rights focus has now shifted to sexual orientation, an issue absent from the civil rights era radar screen, and activists, religious and social organizations, and of course politicians, have rushed to do battle, particularly regarding matrimony.

Same-sex marriage became a reality in 2003 when the Massachusetts Supreme Court ruled in Goodridge v. Department of Public Health that it was unconstitutional under the Massachusetts Constitution to allow only heterosexuals to wed. Currently, 19 states and Washington, D.C., have legalized gay marriage, while judges in another 12 states have issued rulings in favor of same-sex marriage.

The latest Gallup Poll indicates public support for same-sex marriage has reached an all-time high of 55 percent, and more significantly, nearly 80 percent of millennials approve. Conservative religious organizations such as the Eagle Forum have pushed back, promoting “defense of marriage”-type legislation and now conversion therapy.

The counseling profession has a front row seat to the broader debate on sexual orientation. Ward v. Wilbanks and Keeton v. Anderson-Wiley are two high-profile court cases brought by student plaintiffs dismissed from graduate counseling programs for refusing to counsel gay clients. The results of these cases have spurred conservative activists to push “legislation of conscience” (i.e., discrimination on religious grounds) in state legislatures. Arizona recently passed legislation prohibiting graduate counseling, psychology, social work and other programs from compelling students to counsel gays and lesbians if such actions violate their religious beliefs. These initiatives are all being conducted under the guise of “freedom,” but make no mistake — they are ugly, old-fashioned, discriminatory practices gussied up with “mom and American pie” makeup.

Just imagine that a student in a counseling program who refused to counsel a Christian, claiming it violated his religious beliefs, was dismissed a la Julea Ward, then filed suit. Does anyone really believe the likes of the Eagle Forum would champion the student’s cause? Would conservative politicians push “free choice” legislation that supported refusing services to Christians? Ridiculous straw-man rhetoric, you might say, but frankly, it is not inherently different than the anti-gay agenda currently being pursued in several states.

What is our role as counselors?

That stance is a controversial one for some students and counselors. The chair of the ACA Ethics Revision Task Force has suggested that counselors “bracket” their values during counseling. Thus, an evangelical counselor, for example, would set aside his or her own biases and focus on the client’s issues when counseling a gay person. Bracketing is not synonymous with acceptance. Said counselor could continue to believe that “homosexuality is morally wrong,” but as long as the counselor refrains from discrimination during counseling, he or she would be operating within ethical parameters.

Many readers likely are disturbed by that last sentence. Admittedly, the bracketing approach is a pragmatic as opposed to moral strategy, providing the advantage of sidestepping religious convictions. Still, in my opinion, bracketing does miss the finer points of counselor consciousness.

Undergirding the bracketing practice is the foundation of tolerance. Morris Dees, founder of the Southern Poverty Law Center, has helped establish a “Wall of Tolerance.” Tolerance is a not a bad concept per se, but it has a fundamental flaw. For instance, I have tolerated my toothache and have occasionally tolerated annoying co-workers, bad bosses and challenging family members. The more critical issue, however, is affirmation, which implies not necessarily love, but rather an understanding that people different from us — religiously, culturally, sexually, etc. — have as much right to freedom and the pursuit of happiness as we do.

Albert Einstein wrote, “Peace is not merely the absence of war but the presence of justice.” Likewise, true equality transcends tolerance; affirmation of LGBT persons — like that of the civil rights movement — represents the moral high ground of human rights. My Google search turned up 80 countries where being gay is illegal and 10 countries where the punishment for being gay is death. As a longtime supporter of civil rights organizations and causes, I hope to see social and religious organizations adopt the same advocacy for LGBT persons as has been done for racial pluralism. Changing our minds is not as hard as we imagine. While some religious leaders and politicians toss out fragmented, anti-gay verses from Leviticus, they ignore Scripture that condemns eating pork, verses governing women’s menstrual period and prohibitions against mixing fabrics, marrying an infinite number of wives, etc. Most egregiously, biblical Scripture was cited by Confederate religious and political leaders to support slavery. So, if some religious customs can change — and many have changed —those on sexual orientation can as well.

Discerning the future is an amateur practice fraught with gross speculation and certain error. But as my old high school algebra teacher counseled, do the math. Gallup polls indicate America’s youth are far more enlightened on LGBT issues than are previous generations, and this gives me hope. Actions such as the Texas GOP platform read like the desperate acts of a shrinking populace.

Given current trends, LGBT issues will likely follow a pattern similar to that of race, meaning sexual orientation will remain an issue for the foreseeable future, though likely without the open, hateful, fear-based rhetoric of the past and present.

As a former aspirant to religious life, I’ll close with one of my favorite verses: “There is no fear in love, for perfect love casts out fear … as one who fears is not perfect in love” (1 John 4:17-19). The GOP and some religious leaders should meditate on this message.

Shannon Hodges is a licensed mental health counselor and associate professor of counseling at Niagara University. Contact him at shodges@niagara.edu.

Hodge’s monthly “Through a Glass Darkly” columns will now be an online exclusive feature at CT Online.