When I first met Ally, 17, she surveyed the seating arrangement in my office and chose the chair closest to my door. Obviously guarded, she sat with both arms and legs crossed looking at me with green eyes slightly camouflaged by blond wispy bangs. Ally’s mother had been trying to get 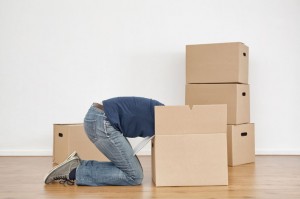 her to come to therapy in recent months because of Ally’s deepening depression. Her mother believed Ally’s depression was due to an abortion Ally had had several months prior to our first meeting. The mother had only insisted on therapy after reading a journal entry in which Ally had made it clear she was thinking about suicide.

As I began to ask Ally some questions during our initial visit, she stated that she did not need therapy and expressed anger at her mother for forcing her to come to my office. Although Ally knew I was aware of the journal entry and the abortion, I honored her resistance by staying in shallow waters, asking only about things such as hobbies, school and friends. I purposefully avoided the topic of loss. At first she answered questions but became increasingly quiet and then stopped talking all together. Counselors working with teens dread these moments, wondering how we will get through the hour when our young clients refuse to talk to us despite our best efforts to connect, create safety and begin the therapeutic process.

By the time many kids get to my office, they have come to believe that most of the adults in their lives cannot help them. They feel misunderstood, sometimes blamed, and tend to find their own emotion overshadowed by the emotion of others. They are also desperate for relief. I strive to educate these kids about the connections between unresolved grief, loss and suicidal behavior, about how therapy can help them manage pain differently and how to cultivate hope and resiliency along the way.

Sitting in silence, I explained to Ally that I actually did not need to know much about her to know that she was in incredible pain due to her suicidal thoughts. I told her that I knew I was looking at the tip of a very large iceberg. It is important to communicate to kids our knowledge of what may fuel suicide, that we take it seriously but are comfortable talking about it, and that we do not judge them for their thoughts and actions. I told Ally I knew she was doing the best she could to take care of herself as she dealt with unbearable pain.

Not believing that they can (or should) seek support and care from others, many kids come to believe that they must be fully self-reliant. Otherwise, they think they will risk more injury to themselves or become even more burdensome to those around them. Add to this the developmental (and oftentimes skewed) belief about the need to seek independence, and many teens retreat completely into themselves. Affected deeply by the things that happen in their lives, these teens believe they are mainly (if not solely) responsible for their losses, their pain and their inability to cope. Rather than asking for help, many of these teens become increasingly desperate as they find themselves drowning, with little or no ability to swim to the surface.

When working with suicidal teens, I have found it useful to tell them about the invisible box that we each carry. It is a place where we store the painful events or losses in our lives, packaging them tightly to avoid the feelings associated with those events. Although this process of stuffing may work for a while, over time our boxes can begin to fill up, leaving us little room or tolerance for added stressors. I remember vividly the reaction of one of my 16-year-old male clients who, after I explained the box metaphor, stated, “If that is true, then I have a field of boxes buried in the ground.”

Once full, we find ourselves frantically trying to keep the lid on the box tightly sealed. But regardless of how hard we try, it is at this point of distress that painful content may begin to leak over the sides. When there is no room left in the box, many teens find themselves spilling over into what I term the “Overflow.” Desperate, they may turn to self-injury, substance abuse or suicidal behavior. After using this metaphor to explain the connections between my clients’ feelings and behaviors, most begin to understand the importance of making room so they can stay out of the Overflow. They become primed for therapy and ready to cautiously explore methods of healing and more effective ways of coping.

Although the unpacking is necessary, it is also a tender process. After a few sessions spent building both trust and safety, Ally started discussing the details of the abrupt and painful breakup with her boyfriend that occurred soon after her pregnancy. She cried quietly as she talked about his cruelty, along with how her mother had also abandoned her, “forcing” her to have an abortion and telling her she was irresponsible and an embarrassment to the family.

Ally believed she was fully to blame for the pregnancy, for having disappointed her parents through her reckless behavior and for her boyfriend leaving. Furthermore, she believed that her inability to cope and “just get over it” were signs of a flawed character. She believed she was weak and selfish for having aborted her baby. She continued talking about what happened, looking into the deep well of grief over having lost a child.

Throughout her process, I seized every opportunity to listen, understand and treat her with love and compassion. We discussed how her coping was outstripped trying to deal with complicated grief and that her suicidal feelings were the result of what had happened. In other words, I told her that her depression and increasing suicidal thoughts made sense.

Many of my clients have dealt with multiple losses and are unaware that each new wound can awaken others that are tucked away in dark corners. Overwhelmed with grief, most of these clients do not realize that the only way to make room is to unpack their losses one by one. And, sometimes, one explosion can be followed by several other mini blasts. For example, if our clients are not met with love, support or compassion after the initial bomb goes off, then their injuries can deepen, their framework distorted by multiple losses. They come to expect loss, perhaps blaming themselves and losing hope. Ally not only lost her child, but she also felt abandoned by some of the most important people in her life. She couldn’t stop the bleeding despite her best efforts to avoid stepping on additional land mines.

When I discuss the box metaphor with teens, I assure them that they are in charge of what content they choose to remove. Not wanting these young clients to feel further overwhelmed, it 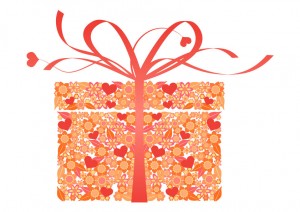 is critical to move forward at a gentle pace and to focus on the importance of making room rather than what is actually emptied. After explaining the therapeutic process in this way, many kids naturally begin looking at what is taking up the most space in their containers, knowing that the bigger objects are what contribute to their inability to handle added stressors.

We do not want our clients to empty everything at once, and each container must be handled with care. I want kids to know they are in control of their therapy, but I also want them to be aware that the unpacking is necessary if they are going to make room, build tolerance and effectively stay out of the Overflow. Throughout therapy, we assess safety and coping constantly, knowing that without careful attention to the process, speed and wounds touched, we may inadvertently push our young clients closer to the edge rather than away from it. We find ourselves dipping in and out of raw material.

Through our conversations, Ally slowly began building confidence in her ability to handle painful feelings. Gradually, we were ready to invite her mother into session to discuss what had happened. Both women cried together as Ally’s mother discussed feeling deep remorse for how she had handled the situation and for not considering Ally’s feelings surrounding the abortion. Through her own accountability, Ally’s mother opened the door to begin repairing the cherished relationship between mother and daughter. And in addition to cultivating compassion for herself, Ally was able to begin finding compassion for her mother. She came to realize that her mother had also done the best she could at the time and acted in what she believed to be the best interests of her daughter.

Through therapy, we help our young clients to uncover new pathways that were previously out of their view. We celebrate their victories and watch them gain confidence not only in their ability to cope but also in their ability to heal. And as we end therapy, we remain aware that they may have more work to do. Whether they collect new losses over time or whether older losses begin to reemerge, we know that future excavation may be needed — although that process may not happen with us.

We have done our job if we have given our young clients a new framework to work through the inevitable human experience of grief and loss, if we have taught them the importance of seeking help from caring others and if we have helped them learn how to effectively stay out of the Overflow. Through our work, these teens leave therapy with a new definition of healthy independence rather than one that finds them overwhelmed and in dependence. Through our connections with caring others, we are reminded that even in times when things are not OK, we will be OK.

Kim Johancen-Walt writes “The Hope Chest” column exclusively for CT Online. She is a licensed professional counselor with almost 20 years of experience. Her clinical experience includes working as a therapist for La Plata County Human Services, where she helped develop a treatment model for adolescents in Durango, Colorado. She has presented her clinical work at mental health conferences nationally, including at the annual conference for the International Society for the Study of Self-Injury. Additional clinical experience includes a position as assistant training director and senior counselor in the Counseling Department at Fort Lewis College. She currently operates a full-time private practice in Durango. Contact her at johancenwaltks@gmail.com.

Read her previous column, “The Hope Chest: The GIFT of therapy,” here:  ct.counseling.org/2014/06/the-hope-chest-the-gift-of-therapy