This fall marks the first time that there is a statistical “minority majority” in U.S. public schools, with students of color now surpassing the number of white students.

That shift has been happening gradually for a number of years, according to the U.S. Department of Education, which notes that student demographics still vary considerably from state to state and even school to school.

This change in the student population only reinforces the need for school counselors to fully understand, be familiar with and draw upon the culture of their school’s students and the community at large, says Lynn Linde, who chaired the American Counseling Association’s School Counseling Task Force last year.

“Counselors are often the point of contact with parents and the community. They need to be culturally aware and sensitive to the families with whom they work. Different cultures view education 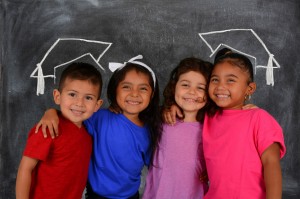 differently,” says Linde, a past president of ACA and the director of clinical experiences in the school counseling program at Loyola University Maryland. “Parents from some cultures view the educators as the experts and leave decisions to them. That does not mean that the parents don’t care, and [it] should not be interpreted as such. Schools have to use multiple approaches to reach out to families and communicate with them. Counselors also need to be sensitive when arranging services for students whose parents may or may not want help. And they may also work with parents who put tremendous pressure on their child to succeed or to engage in activities the parent feels are important but in which the child has little interest.”

The better counselors understand the school’s community and culture, the better they understand what the needs are and how to meet those needs, Linde says.

This fall is projected to be the first time that the overall percentage of white students has dipped below 50 percent in the nation’s public schools. Conversely, enrollment figures for Asian and Hispanic students have greatly increased.

The Pew Research Center, which dissected the Department of Education’s data, explains:

“As educators, we need to be adapting,” says Carlos Hipolito-Delgado, president of the Association for Multicultural Counseling and Development, a division of ACA. “We need to understand the kids that are coming in the [school’s] door and provide an experience that is relevant to their life and their culture. Unfortunately, I don’t think there are too many schools that are willing to engage in that work. Unfortunately, we push it off onto the students and force them to adapt.”

The first step in changing that, Hipolito-Delgado believes, is to keep schools from becoming cookie-cutter and generic – in everything from their curriculums to their school mascots.

For example, the posters in school cafeterias and libraries are often the same from school to school and don’t necessarily reflect the culture of the student body, says Hipolito-Delgado, an associate professor at the University of Colorado Denver who has a background in school counseling.

A school needs to be both welcoming and tailored to its students, he says. For counselors, this includes knowing the culture, traditions and values of the student community and using those things to connect with students and their families.

Hipolito-Delgado recommends figuring out what metaphors and counseling tools will “speak” to students of a particular culture. “It’s not about being stereotypical but using [students’] culture as a resource,” he says.

For example, familiarity, or working with people who are known and liked, is important in Latino culture, Hipolito-Delgado says. For this reason, counselors working with Latino students may find success with peer-to-peer initiatives.

“I have seen that youth of color are often more comfortable coming initially to a peer,” he says. “Part of this, I think, is the perception that the peer will better understand where they are coming from and will be less likely than an adult to judge them. Also, peers are not seen as agents of authority as a school counselor might be seen.”

Sharon Sevier, chair of the board of directors of the American School Counselor Association, another division of ACA, encourages counselors to seek professional development opportunities to stay abreast of the needs of diverse populations. Talking with students, parents and community leaders about their culture can be a learning opportunity as well, she says.

“The issues of respect and acceptance are ongoing challenges in our society today. Teachers and staff have the responsibility to validate and welcome all voices and to ensure that everyone is heard. As staff, we are the role models for our students. They watch and listen to how we react and interact. We have to live respect for others in the hope that our students will follow our lead and take those actions out into the community,” says Sevier, a high school counselor in suburban St. Louis. She has been a school counselor at every grade level, both in urban and rural settings, during her 30-year career.

“In classrooms, it’s very important to set the expectation that everyone is valued within these walls,” she emphasizes. “Discussion is open to all, and everyone is to be respected. That doesn’t mean you have to agree with everything that is said, but it’s expected that everyone will listen and reflect upon the viewpoints of others. At holiday and celebration times, we must not assume that everyone celebrates in the same way. That’s a perfect time to open a conversation about diversity and give students an opportunity to talk about their own customs and practices.”

Understanding the culture of the student body should also include awareness of socioeconomic factors such as mobility (how frequently residents move in and out of town), how many students are eligible for free or reduced lunch programs, and how many students speak a language other than English at home, Linde says.

She encourages educators to “think out of the box” to meet the needs of families. It shouldn’t be assumed that every family has a computer and Internet access, that students will have a quiet place at home to do homework or that a parent can leave work in the middle of the day to attend a meeting at the child’s school, she says. In addition, counselors should ensure that any information sent home with students is translated for non-English-speaking families, and translators should be available at school meetings.

Counselors may also need to engage in more outreach and hold school meetings out in the community instead of in the school building, Linde says.

In communities with high mobility rates, counselors may find it useful to set up a year-round mentoring program for new students. Schools in towns with low mobility, in which the majority of new students enter school at the beginning of the year, may be better suited to a fall orientation program, she says.

“Schools that are successful don’t draw the line at what is a family responsibility and what is a school responsibility,” Linde says. “They provide whatever they can so students are successful: school supplies, meals, clothes, access to medical and dental care, counseling, helps for parents and families, etc. … Our old model of teaching and homework may have to change to be responsive to the needs of current and future students.”

Fostering school community with a focus on diversity

Creating a welcoming school environment in which students of all backgrounds feel connected is key as school demographics change. Here are a few ways counselors can help.

Travel the world at lunch

“I was supervising an intern who was placed in a very diverse elementary school,” Lynn Linde says. “The students brought their native foods to school for lunch, and some students were making fun of what other kids were eating. The school, under the leadership of my school counseling intern, instituted a ‘mix it up day,’ where they did a schoolwide program on understanding and accepting diversity and then had to sit at lunch with students they didn’t know. The initiative helped the students understand that what was strange to them might be someone else’s favorite food.”

Carlos Hipolito-Delgado suggests that school counselors – especially those starting at a new school – engage in a resource mapping project he learned from counselor Vivian Lee. Work with students to create a map on a large piece of paper. Put the school building in the center of the map, then have students add community resources they know and use, such as local churches, afterschool programs, recreation centers and nonprofit organizations.

Once finished, the school counselor should go and visit each site on the map, introducing themselves to the leaders of the different organizations. Find out what’s important to these community stakeholders, says Hipolito-Delgado, and listen to what they have to say.

“Going into the community and humbly learning about the community is the best way to learn about what [students’ and families’] needs are, what they’re expecting from you and what their students are going to bring into the schoolhouse,” he says.

Getting parents involved in school activities helps school staff get to know them better and vice versa. Beth Lindsay, an eighth-grade counselor in Fletcher, North Carolina, says parental involvement is a good way to foster community. Her school, Cane Creek Middle School, has initiated a volunteer program in which parents are matched with a particular teacher. A relationship is fostered as parents help with science labs, make copies or do whatever little tasks the teacher needs.

Lindsay and her colleagues, Nicki Neumann and Fran Hensley, led a session titled “Enhance your school climate and nurture a sense of belonging” at the American School Counselor Association conference this past summer.

Read and talk about it

Hensley, a counselor at Glen Arden Elementary School in Fletcher, North Carolina, suggests including the books The Crayon Box That Talked by Shane DeRolf and The Golden Rule by Ilene Cooper in classroom discussions about diversity and tolerance.

Fourth-graders at Hensley’s school also interview students who are new to the school, take their photos and a write a brief biography about them, which then gets posted on a “newcomers” bulletin board.

“The children and staff are always amazed to read from what different countries our new students have come,” Hensley says.

An “international club” for students can be an engaging way for students to learn respect for other cultures. At Lindsay’s school, the club is led by a Spanish teacher.

Hensley’s school organized a “holidays around the world” pancake breakfast last winter. Each student was given a passport that was stamped as they traveled to different stations around the school gym that represented different countries, she says. At the Spain station, students from a Spanish immersion class sang holiday carols in Spanish. Student-made ornaments were sold to fund an emergency account for school families who needed help with gasoline and groceries, Hensley says.

“I’ve always felt that because [our school] isn’t more diverse, our students need more information and experiences with other cultures to get them ready for the real world,” says Neumann, who coordinates the service club. “Also, I believe our small percentage of students from other cultures need extra support because of this issue.”