For the most part, the United States lacks a coherent and systematic approach to sexual education. Instead, as lampooned in an online issue of The Onion, sex education is typically informal, unorganized and inaccurate. The Onion article describes a scene in which a 10-year-old boy takes his 8-year-old cousin behind his parents’ garage with a page ripped out of a magazine and shares “the vast misguided knowledge of human sexuality he had gleaned from classmates’ hearsay as well as 12 minutes of a Real Sex episode he watched in a hotel room once.” The older boy recounts his rationale: “Every time people have sex the woman has a baby, and I just want [my younger cousin] to be completely prepared before getting naked with a girl.”

The good news is that The Onion deals in news satire. The bad news is that the current state of sex education in our country isn’t much better than the fictional version portrayed in The Onion. 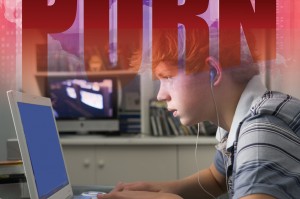 Counselors have an ethical mandate to strive toward competence. As articulated in the multicultural counseling literature, this requires cultivating personal awareness, gathering knowledge and developing skills.

Talking about sex, sexuality and sexual attraction can be difficult at every level. Think about yourself: How easy is it to talk about sex with your supervisor, colleagues, students or clients? Your own experience may give you a glimpse into how challenging it can be to broach the topic of sex — even for professionals.

In comparison, it’s probably an understatement to say that it is especially difficult for boys to initiate a conversation about sex or sexuality with a professional counselor. This is why counselors who work with boys should become comfortable initiating conversations about sex. If you don’t ask at least a few gentle, polite, yet direct questions, you may be waiting a long time for the boy in your office to bring up the subject.

On the opposite extreme, some young clients will jump right into talking about sexuality and push us straight out of our comfort zones. Recently, I was working with a 16-year-old boy who described himself as a polyamorous “furry” (which I later learned involved sexualized role-playing as various animals). Admittedly, it was a challenge to maintain a nonjudgmental attitude. But without such an attitude, we wouldn’t have been able to have repeated open and useful conversations about his sexuality and sexual identity development.

Knowledge: The effects of pornography on boys and men

Many potential areas related to sexuality deserve attention, focus and discussion in counseling. But because pornography and mixed messages about pornography are everywhere, it can be an especially important subject.

Given that sexual development includes a complex mix of culture, biology and life experience, it’s not surprising that researchers have had difficulty isolating pornography as a single causal factor in male sexual developmental outcomes. However, a summary of the research indicates that as the viewing of pornography increases, so does an array of negative attitudes, behaviors and symptoms. Generally, increased exposure to pornography is correlated with:

In contrast to these findings, a 2002 Kinsey Institute survey indicated that 72 percent of respondents considered pornography to be a relatively harmless outlet. This might be true for adults. I recall listening to B.F. Skinner talk about how older adults could use pornography as a sexual stimulant in ways similar to how they use hearing aids and glasses.

Skills: How can counselors help?

A big responsibility for professional counselors who work with boys is to consistently keep sex and sexuality issues on the educational and therapeutic radar. This doesn’t mean counselors should be preoccupied with asking about sex. Rather, we should be open to asking about it, as needed, in a matter-of-fact and respectful manner.

As with most skills, asking about sex and talking comfortably about sexuality requires practice and supervision. But as Carl Rogers often emphasized, having an accepting attitude may be even more important than using specific skills. This implies that finding your own way to listen respectfully to boys (and all clients) about their sexual views and practices is essential. It also requires openness to listening respectfully even when our clients’ sexual views and practices are inconsistent with our personal values. As with other topics, if we ask about it, we should be ready to skillfully listen to whatever our clients are inclined to say next.

Some years ago, I had a young client named Ben who was in foster care. We started working together when he was 10 and continued doing so intermittently until he was 17.

When Ben was approximately 13, I routinely started asking him about possible romance in his life. He typically redirected the conversation. Occasionally he gave me a few hints that he wanted a girlfriend, but he mostly still seemed frightened of girls. As my counseling with Ben continued, I became aware that I had been conspiring with him to avoid talking directly about sex, possibly because I was afraid to bring it up.

I finally faced the issue when I realized (far too slowly) that Ben had no father figure in his life and, thus, I was one of his best chances at having a positive male role model. With encouragement from my supervision group, I was able to face my anxieties, do some reading about male sexual development and finally broach the subject of having a sex talk with Ben.

Toward the end of a session I said, “Hey, I’ve been thinking. We’ve never really talked directly about sex. And I realized that maybe you don’t have any men in your life who have talked with you about sex. So, here’s my plan. Next week we’re going to have the sex talk. OK?”

Ben’s face reddened and his eyes widened. He mumbled, “OK, fine with me.”

Professional sex educators emphasize that parents shouldn’t have just one sex talk with their kids; they should have many sex talks. What I thought was THE talk with Ben turned into something we could revisit. Over the next two years, Ben and I kept talking — off and on, here and there — about sex, sexuality and pornography.

Boys are a unique counseling population, and sex is a hot topic. Together, the two provide both challenge and opportunity for professional counselors. As counselors, we should work to develop our awareness, knowledge and skills for talking with boys about sex and sexuality. You may not be the perfect sex educator, but when the alternatives for accurate information are pornography or someone’s uninformed older cousin, it becomes obvious that having open conversations about sex with boys is an excellent role for counselors to embrace.

Readings and resources for working with boys and men

John Sommers-Flanagan is a counselor educator at the University of Montana and the author of nine books. Get more information on this and other topics related to counseling and parenting at johnsommersflanagan.com.