As counselors know, the ethical and legal requirement of the “duty to warn” has been adopted as a standard of care across many helping professions. It probably represents one of the most universal

elements of counseling ethics regardless of cultural or national identity. Based on the Hippocratic notion of “first, do no harm” or avoidance of malfeasance, this duty is considered strong enough to override considerations of client confidentiality. In the 2014 ACA Code of Ethics, Standard B.2.a. notes that confidentiality is not guaranteed “when disclosure is required to protect clients or identified others from serious and foreseeable harm.”

Unfortunately, the ACA Code of Ethics does not define harm, which could conceivably encompass financial fraud, verbal abuse, sexual seduction or unjustified termination of employment. But even more noticeably absent is any explicit duty to warn or protect should a client self-disclose current or future intent to maliciously injure animals or elements of the natural environment. These are excluded from the category of “identified others.”

I would like to present the case that a species-centric definition of such “others” requires serious re-examination given a number of important developments:

In general, it appears contradictory, if not hypocritical, to employ animals as co-partners in counseling and therapy while not defending their welfare within the context of counselor-client relationships.

Much of our profession’s ethics, such as the core value of autonomy, rests on the formal philosophy of Immanuel Kant. His theories taught that moral agents should be treated as ends in themselves rather than means to an end. Avoiding exploitative relationships, maintaining confidentiality, providing competent services, avoiding and correcting discriminatory practices, and respecting the rights of research participants all reflect the Kantian emphasis on the intrinsic value of the individual as an ultimately self-defining “who” rather than a “what.” Even the use of the term duty in ethical codes comes directly from Kant.

The injunction to recognize and respect the subjectivity of each client argues for the most basic ethical adage, “Do unto others as you would have them do unto you.” It also encourages those empathic insights and sense of “fellow-feeling” that are so crucial to the therapeutic alliance. You cannot act upon the Golden Rule without a basic recognition that others experience pain in ways similar to, if not identical to, you.

A similar idea underlies Martin Buber’s distinction between relationships based on the authentic “I-Thou” and the impersonality of “I-It.” That existential perspective has also shaped much of psychotherapy. In terms of psychopathology, the inability to experience interpersonal empathy often indicates narcissistic, sociopathic and antisocial personality disorders. Even Kant argued that cruelty to animals deadens feelings of compassion in people.

Unfortunately for animals, Kant did not extend his ethical considerations to non-human beings. Like most Enlightenment thinkers, he believed that only humans demonstrate the logical capacity and free will to act as moral agents. This line of thought was preceded by rationalist philosophers from Aristotle to Descartes, and metaphysicians from Plato to Judeo-Christian theologians who denied that animals possess consciousness or a soul.

But surely we as counselors should refute this perspective. For starters, the standard of full rationality and free will doesn’t entirely fit clients who are dealing with thought disorders, depression, developmental disabilities, schizophrenia and schizoaffective disorder, autism spectrum disorders, Alzheimer’s, states of intoxication or, for that matter, childhood and adolescence. Yet those whom philosophers ill-advisedly called “marginal human beings” enjoy full respect and protection under the ACA Code of Ethics.

Furthermore, current research in ethology, primatology, comparative neurology and consciousness studies increasingly demonstrates that moral consciousness is a difference of degree rather than kind. An increasing number of studies provide evidence for various dimensions of mental complexity across several species, including schema construction, tool making and use, abstract reasoning, self-consciousness and mathematical abilities. Highly social and mutually cooperative animals such as those that congregate in extended families, herds or troops demonstrate empathy, altruism, forgiveness, levels of ethical decision-making and perhaps that most social and moral emotion of all — shame. Examples include rodents, canines, elephants, chimpanzees, orangutans and baboons.

The evidence that animals experience pain is growing rapidly as well, even as it still generates considerable debate. Whatever one’s personal stance on this issue, modern animal-handling techniques recognize the importance of considering such questions in actual practice. The increased use of humane slaughter and hunting techniques, championed by Temple Grandin and others, is based on measurable indicators of suffering such as neurochemical stress reactions and learned avoidance of pain. The American College of Veterinary Anesthesiologists has also considered this matter deeply and issued a list of behavioral and physiological indicators of animal distress.

Even more directly, the use of non-human beings as adjuncts or co-therapists is acknowledged under labels such as “animal-assisted activities” (AAA) and “animal-assisted therapy” (AAT). It has 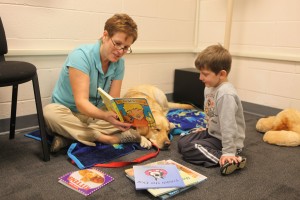 Section D of the ACA Code of Ethics (“Relationships With Other Professionals”) lays out specific obligations counselors have to their professional colleagues. The introduction to this section states in part, “Counselors develop positive working relationships … with colleagues to enhance services to clients.” Standards D.1.b. (“Forming Relationships”), D.1.d. (“Establishing Professional and Ethical Obligations”) and D.1.h. (“Negative Conditions”) carry these implications forward as well.

To pose the question directly, how have animals not served as colleagues to the counseling profession? From the development of behaviorist theories to clinical trials of psychotropic medications, from Harry Harlow’s experiments on social isolation with rhesus monkeys to neurosurgery studies on brain function, animals have been recruited to provide important insights into learning, sociability, substance and process addiction, and the proper use of psychopharmaceuticals.

In practice it seems difficult to defend any human counselor who employs non-human adjuncts yet fails to act on behalf of their welfare. The continuity and emotional bonding of the client-assistive animal relationship obviously depends on the health and longevity of the animal in question. In these sorts of relationships, animals are not interchangeable. Clients would surely suffer from grief reactions due to the sickness, injury or death of individual non-human companions or co-therapists.

Moral considerations aside, it’s self-defeating to ignore the documented and even predictive associations between animal torture and serious psychopathology. There are high levels of uncertainty in forecasting client violence, but a growing body of evidence links animal cruelty to antisocial personality disorder, antisocial personality traits, polysubstance abuse and potential for serial homicide. Malicious harm to animals also appears indicative of early childhood trauma, current domestic violence and developmental disabilities. Animal hoarding often symptomizes obsessive-compulsive or borderline personality disorders. The extent of these associations is so high that many states mandate psychiatric assessment for all individuals charged with violating animal cruelty laws.

Critics may object that an animal-protective policy fails to respect cultural sensitivities. So-called blood sports have enjoyed popularity around the globe. The animals involved in staged gladiatorial contests range from bulls and cocks to dogs, rats, fish and even insects. The most hotly debated example remains the corridas, or bullfights, that some have branded as sadistic but that proponents defend as central to Spanish and Mexican national identity. Fox hunting has raised parallel concerns in the United Kingdom. Animal racing and rodeos are subject to similar controversies.

Yet amateur and professional associations of hunters, anglers, circus owners, race course owners, rodeo and bull fight organizers and even pest exterminators have published ethical guidelines meant to minimize pain to creatures that are either used for sport or subject to systematic killing. Fans of corridas, for example, prize the “clean kill,” just as ethical hunters advocate the doctrine of “fair chase.” Fly fishers argue for “catch and release,” while the United Kingdom’s Masters of Foxhounds Association insists that quarry be “quickly and humanely dispatched.” If such organizations provide ethical protection for animals, why should the American Counseling Association lag behind?

It must be noted that attention to the welfare of animals does not guarantee empathy for fellow human beings. One of the strictest and most comprehensive pieces of governmental legislation in this area was the 1933 law on animal protection, enacted by the top leadership of Nazi Germany. Almost immediately after coming into power, the Third Reich banned vivisection and tail docking, animal trapping, the killing of wolves and inhumane slaughter practices. The Nazis also promoted public school education in support of these policies.

Thus, extending consideration to animals does not by itself ensure the ethical treatment of people. But with the ACA Code of Ethics so firm in its resolve to underscore the universality of human rights and welfare, this historical aberration need not determine the limits of moral discourse. To the contrary, it should encourage a greater respect for the variety and multitude of creatures that experience a demonstrable inwardness and subjectivity.

Considering animal welfare encourages more deliberate and contextual thinking about how counseling clients function within their own web of significant relationships that includes family, occupation, political structures, mental health care delivery systems and the natural environment. But the counseling profession, like so many others, generally operates in an urbanized society characterized by an increasing separation of people from nature. Consider that even in the “Dimensions of Personal Identity” document that used to be offered on the ACA website, relationships with biota were never specified. And the place of animals in people’s lives was barely touched upon in the CACREP-accredited program from which I graduated. Yet, ironically, ecotourism opportunities and appeals to travel to unspoiled wilderness areas are sometimes touted in advertisements for ACA annual conference sites.

What all of this argues for is incorporation of animal-related considerations into any future drafts of the ACA Code of Ethics. At the very least, it urges all counselors and counseling agencies to adopt specific policies within their practices. For example, under my personal “statement of clients’ rights” 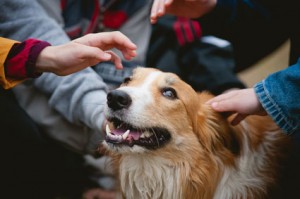 that each client signs after review, we list the standard reasons for violating confidentiality. But we also add the following: “Please note that if clients reveal current or intended malicious harm to animals such as torture or neglect, we will need to consider reporting such activity to law enforcement or animal protection agencies.”

To date, I have never had to violate confidentiality on the basis of any client self-disclosing deliberate and malicious harm to animals. But at the very least, the policy does serve as a reminder of the essential “creatureliness” that clients and clinicians share as we engage in treatment together. It also reminds us that the genuine love that clients and animals often share for each other offers a model for experiencing trust, deep connection, unconditional love, pleasure, play and perhaps even joy. Such a wellspring of healing deserves the protection of ethical principles and professional practices.

Perhaps ACA will eventually recognize this in formal policy terms, having missed the opportunity in the 2014 revision of its ethics code. Until that day, those of us in private and agency practice can move ahead on our own.

Peter Wollheim is a licensed professional counselor in Idaho and the founder of Mental Health Boise. Contact him at peter@mhboise.com.