One of the criticisms I have noted during my regular overseas travels is that a number of cultures view Americans as overly idealistic. A steady diet of fairy tale conclusions, Hollywood films and “reality” TV seem to set many Americans up for serial disappointment.

I’ve lost track of the number of times a student, a client or simply someone on the street has professed “You can do anything you want.” Certainly hard work and a good attitude can take one far, but parameters are a reality. (Sorry, but hard work seldom makes you rich.) Political candidates play on this theme of golden opportunity, often espousing unrealistic goals. Students generously meriting a B-minus are furious they didn’t get an A-plus, and college rankings tout the supposedly “best” schools, all of which are ridiculously expensive and chock-full of highly privileged students. The 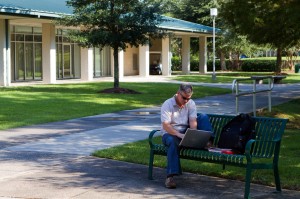 common denominator in these societal myths and ersatz rankings is a Horatio Alger-like philosophy that “everyone who wants to can succeed, and if you don’t, it’s your own fault.”

Of course I’m overgeneralizing somewhat, but the have-nots know all too well of society’s callous indifference. “Poor? Well, you deserve it” seems to go another mantra. Never mind the stark realities and stacked odds against those lottery losers born into impoverishment.

When I think about it, we appear obsessed with positive outliers. This is reflected in numerous examples: a multibillion dollar cosmetics industry, plastic surgery, expensive SAT/ACT test prep courses and colleges willing to say anything to attract students. But how is one to manage the harsh reality that eventually the bill comes due? After all, the hardest-working people often are among the poorest, and studying at elite colleges often leads to crushing debt — with no brighter occupational prospects than graduates from more pedestrian institutions have.

In the shadow of the ivory tower

Nineteen years ago I taught general psychology at a community college. My students were an amalgamation of ages, ethnicities and backgrounds. Most were high school graduates, others dropouts, with a couple having served a stretch in prison. The commonality was that all my students hailed from the lower socioeconomic caste and sought a better life through the vehicle of education. Sadly, the statistics on community college attrition, another correlate of lower socioeconomic status, are demoralizing. A college education, long a freeway to the middle class, has too often been a cul-de-sac for students in the community college system.

While some of my more promising community college pupils possibly matriculated to four-year institutions, most were severely underprepared for college work. Few knew how to construct a grammatically correct sentence, to say nothing of writing according to the style guidelines of the Publication Manual of the American Psychological Association.

Some were painfully clueless. One student stopped me after the first class wondering whether she was in the wrong general psychology section. “Your name is Hodges, but the schedule says my instructor is Staff,” she said, concern lines etched across her brow. (She was serious!)

An assignment required students to critique a journal article. In the syllabus, I had listed the parameters and provided a list of possible academic journals available in the college library. Yet one student critiqued a National Enquirer story — if heaping praise on a UFO-type story could be termed a critique — and couldn’t fathom why that periodical didn’t fulfill the requirement.

Still, the majority of the students were eager-to-please types, at least once they shed their façade of false bravado. As I became more familiar with these students, my empathy for them increased exponentially. One lived out of an old station wagon. Another worked the graveyard shift at a convenience store, never missing a class despite coming off shift bereft of sleep. A single parent with children from several different men worked diligently, bolstering her GPA in hopes of gaining admission to the college’s nursing program. Practically all (roughly 30 in both classes) were likable people whose misfortune was being born on the wrong side of the socioeconomic demilitarized zone.

I won’t stretch credulity by promoting all as hardworking, diligent students. Some scarcely cracked their text, and the excuses from a couple for missing an exam were downright ludicrous. One, notorious for his dying uncle story, seemingly had his poor relation succumb each semester, only to resurrect, expire and need reburying.

Candles in the darkness

A select few, however, seemed positively heroic, including the homeless student, the convenience store clerk/scholar and the nurse aspirant. Another memorable example was a 30-something man in recovery (successfully) for alcohol use. His dream was to become an addiction counselor and help people like himself. Because I was a counselor and director of the local mental health clinic, he often sought me out.

“Practically everyone in my family’s an addict,” he confessed over stale coffee during my ersatz office hours in the cafeteria. When I inquired how he was able to beat the odds, he replied in a matter-of-fact manner, “God woke me up, of course” — as if everyone should know this.

But the student I recall best was a twice divorced, middle-aged woman holding down two jobs, one of which involved bartending at a dive tavern serving a rough clientele. I’ll call her “Mary.” General psychology was the last course she needed for her associate degree, a significant accomplishment given that no member of her family had ever earned any type of college degree. She wasn’t the “best” student in the scholastic sense, but she attended every class and, diligent as a church deaconess, habitually claimed a front-row seat. Mary was always the first to raise her hand to answer questions, although her enthusiasm far exceeded her precision.

Mary was the type of student who never would win awards or acclaim or draw much attention outside of her immediate circle. Yet there was much pathos in this working-class woman’s quixotic pedagogic pursuit. Born into multigenerational poverty, like too many others she became pregnant in her teens, married an abusive addict and dropped out of high school. At some point after her second abuser left, she earned her GED and matriculated to the community college. Her meandering scholastic path involved passing some courses, failing and retaking others, all while juggling long work hours and caring for her kids. “I love learning,” she offered without guile when I inquired what kept her going.

During the term, Mary faced yet another life crisis. My mind is now foggy on the details, but she called me in tears one afternoon, something about an adult son arrested for drugs and no resources for bail. Stretched perilously thin between work and school, financially and emotionally, she was frantically working to pass the course and participate in the graduation ceremony. Listening as empathically as possible during her rambling monologue, I made a referral to a counselor in our mental health clinic and put her in touch with Legal Aid. Meanwhile, the final exam loomed large as a great white trolling shallow water.

Two weeks before the final, she sought me out after class, desperately seeking advice beyond the trite “reread the chapters and study hard” mantra. I offered a review session, but her dual work schedules made this impossible. So I suggested she call me anytime she had questions (this was before the days when email was common). She took me up on my offer, calling each night during idle moments at the tavern!

The week of the exam, I noted the sheer exhaustion on Mary’s face. Due to unexpected staff changes, she was pulling double shifts at the bar. Concerned, though lacking constructive ideas, I asked how I might be helpful. Shaking her head ruefully, she thanked me for all my help. That night, she didn’t call. No call the following night either. The evening before the exam, the clock hit 9 and again no call. Apprehensive, I decided to call her, then realized that despite all the times we’d spoken, I didn’t have her phone number.

With no other option, I reluctantly drove to the tavern where Mary worked. The watering hole had a reputation as a low-end, seedy dive for serious drinkers, with the occasional brawl tossed in for entertainment. As I crossed the threshold of the dimly lit establishment, rough-looking men and women gave me a cursory glare before returned to drinking or billiards. Mary stood behind the bar expertly working the taps, textbook in hand. Upon glimpsing me, utter shock registered on her face.

I could sense her patrons’ rapierlike eyes on me, and fear crept up my spine as the bar went silent as a funeral home. I’d like to say that undaunted, I went forth like a modern-day Childe Roland to the Dark Tower. Frankly, however, I lacked the courage to turn and face such animus. Suddenly, it dawned on me that Mary’s world was as alien to me as my world was to her. The difference was that each day she took the risk, crossing over that invisible though ever-present social class Checkpoint Charlie.

“What are you doing here?” she asked. Feeling awkward, I stammered out my offer to review the exam. Shaking her head, Mary chuckled, then withdrew her textbook from underneath the bar area. “It’s OK,” she said to her customers, breaking the tension. I occupied a vacant stool, accepted a pint of Pabst on the house and began reviewing course material.

Mary explained that each night, she would reread the chapters in the murky light, frequently consulting flash cards between refilling customers’ drinks. Surprisingly, at least to my middle-class sensibilities, most of the punters accepted me. One even patted me on the shoulder in approval, rough paw as huge as a grizzly’s.

The ends and the means

I like to consider both education and counseling as lifeline occupations — professionals pulling unfortunates from the wreckage of self-destruction, while patched up clients and graduates venture forth with a renewed sense of optimism and purpose. Clearly, my philosophy is ideal at best and naïve at worst.

Fortunately, Mary’s story had a happy ending as she passed the final and walked through graduation, head held high as any Ivy Leaguer. Soon thereafter, I moved from the area and, unfortunately, do not know Mary’s continuing story. What I do know is that in all my years as a counselor and educator, never have I seen a love of learning so manifest in one individual. No, she wasn’t the type of student profiled in glossy magazine pages or an alumnus for whom buildings are named. But I often think of her as a raving success and a far better exemplar of transformative education than all the magna cum laude graduates from the “best colleges.”

As a professor of counselor education, I have met many intellectually gifted people, including some who have earned prestigious awards and often are seated at places of honor during banquets. But if I could choose to hand out awards, the Marys of the world would be my honorees. Unfortunately, the best I am able to do is my marginal prose.

Shannon Hodges is a licensed mental health counselor and associate professor of counseling at Niagara University. He writes the “Through a Glass Darkly” column exclusively for CT Online.