When it comes to mental health care, how does your home state rank?

The 50-page report exposes disparities across the United States, not only in the availability of mental health services but also in the number of uninsured individuals, the overall prevalence of mental illness, the frequency of drug or alcohol addiction, the number of suicide attempts and other factors. 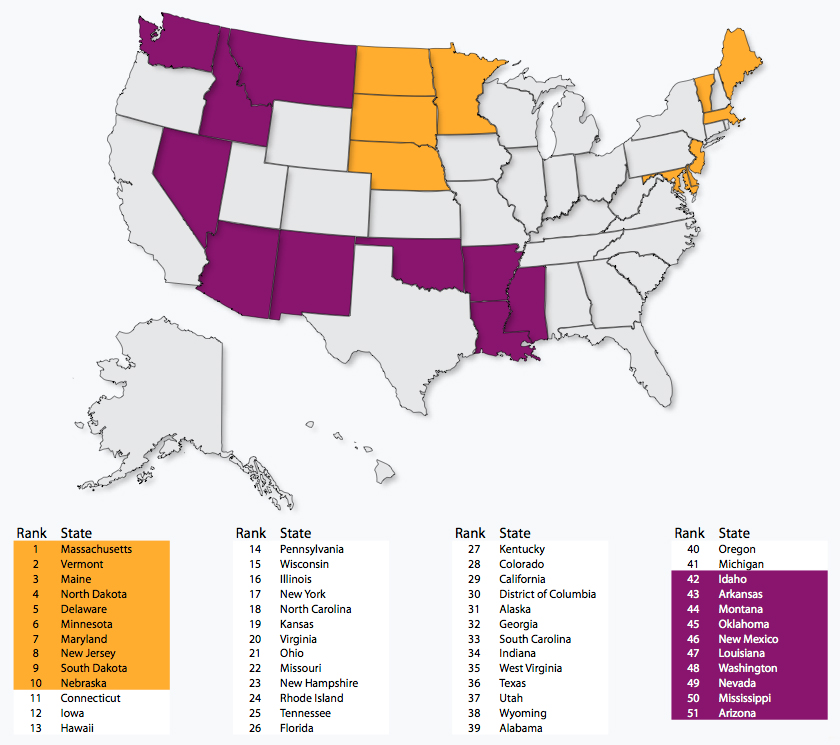 compile an overall ranking. The states that rose to the top of this list are in New England: Massachusetts, Vermont and Maine. Conversely, the worst-ranked states are Nevada, Mississippi and Arizona.

For the report, MHA compiled mental health information about residents of all 50 states and the District of Columbia, culling data from numerous surveys, including the Substance Abuse and Mental Health Services Administration’s National Survey of Drug Use and Health and the National Survey of Children’s Health.

Some highlights of MHA’s findings:

MHA’s report, titled Parity or Disparity: The State of Mental Health in America 2015, was released earlier this month and is available at mentalhealthamerica.net.

“This report paints a picture across the entire nation of both our mental health and how well we are caring for the people who need assistance,” said Paul Gionfriddo, MHA CEO, in a press release. “Sadly, disparity – more than parity – is the rule.”

Founded in 1909, MHA is a nonprofit based in Alexandria, Virginia, with 240 community affiliates across the nation.