Every January, right as the new year begins, we are saturated by commercials for diets, advertisements for exercise machines and stories of people whose lives were transformed upon 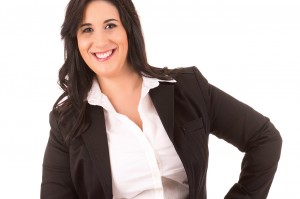 attaining the elusive goals of slimness and fitness. This message is an undercurrent throughout the entire year, of course; it just becomes especially blatant and constant in the days leading up to and immediately after New Year’s resolutions.

But the messages about being thinner, fitter, sleeker and more attractive are rarely absent — particularly for women. In fact, in a quite alarming example of the consistency and doggedness of this message, a few years ago I (Juleen Buser) watched a newscaster comment on National Eating Disorders Awareness week. This alert about the annual marking of a week to increase awareness of the agony and perils of eating disorders was almost immediately followed by a commercial on the latest weight loss tool promising to help women shed those extra pounds of flab and fat.

The problem of body dissatisfaction among women is pervasive and persistent. In a 2014 study published in the scientific journal Eating Behaviors, Elizabeth Fallon, Brandonn Harris and Paige Johnson reported that 13.4 percent to 31.8 percent of adult women experience body displeasure. Moreover, these authors noted that young, middle-aged and older women all reported body dissatisfaction.

A prominent strand in the literature is the role that the media play in fostering and maintaining this rampant, steadfast body dissatisfaction. A meta-analysis conducted by researchers Lisa Groesz, Michael Levine and Sarah Murnen in 2002 pointed clearly to the detrimental impact of the media as it relates to female body image.

As counselors, we are bound at some point to encounter a client who has dealt with the negative impact of the media’s obsession with body size and shape. Ruth Striegel-Moore, Lisa Silberstein and Judith Rodin wrote a seminal article in 1986 (“Toward an understanding of risk factors for bulimia”) that discussed how incredibly common it is for women in Western society to struggle with body dissatisfaction. The concern is so typical, in fact, that it may actually be unusual to identify a woman who expresses happiness and satisfaction with her body.

We, the authors of this article, wanted to hear the perspectives of women who expressed the uncharacteristic view of body satisfaction. We thought that much could be learned about mental

health from women in college who were able to assert satisfaction with their bodies despite the many media messages lauding the ideal of thinness. Thus, we embarked on a research project in which we interviewed nine college women about their experiences of body satisfaction.

We asked these women questions about their emotions and cognitions regarding their body size and shape, their history of body image attitudes and views, and how they cope with the external pressures for thinness. In what was often viewed as an unexpected inquiry, we also asked them questions about the connection between their spirituality and body image. We chose women who specifically expressed having both body satisfaction and a spiritual belief system because we were curious about the ways in which spiritual beliefs might play a role in body satisfaction. The full empirical findings of this study are available in an article we published in the April 2013 Adultspan Journal, “‘Made this way for a reason’: Body satisfaction and spirituality.” This Counseling Today article is an adaptation of that article; here, we focus more closely on the practical counseling implications of our findings.

The importance of the body

Our findings uncovered a striking contradiction. Many of the women we spoke with felt that their bodies were both more important and less important than the societal messages about female physical appearance.

On the other hand, they also placed less importance on their bodies in that many of these women did not emphasize physical size and shape over other significant areas of life. Media narratives often would have us believe that a physically fit, attractive body should be a primary value for women. Some of the women we interviewed communicated aspects of their lives that they felt were more valuable than their physical bodies. For example, one participant said: “I mean, your weight compared to, like, the time you could spend with your family. … Why are you wasting your time staring in the mirror for an hour?”

These findings around the importance of the body have potentially powerful implications for counseling. When working with women who express body dissatisfaction (that common, persistent displeasure counselors are bound to encounter in clients), the views of these women who were able to hold onto body happiness could be helpful. Counselors may be able to pair the beliefs that many of the participants of this study possessed with different therapeutic methodologies. For example, counselors might use cognitive therapy techniques that help clients alter distorted thoughts by replacing them with more rational beliefs. A client who found she was frequently comparing her body with the bodies often seen in the media may be able to use thought replacement, for instance. She could substitute thoughts that engender body comparison with a statement such as: “My body is incomparable to that image because it is falsified, making it unattainable.”

Counselors can also work with clients to shift their focus and priorities. Clients may benefit from focusing less on their body shape and size and focusing more on other aspects of life. For example, clients might come to counseling with the identified problem of a distorted body image and a self-image closely tied to body size and shape. A counseling session may be the ideal opportunity for a counselor to help shift these common distortions by pointing out the dissimilarity between the client’s long-term goals and the value the client is placing on her body image. For example, counselors can draw from principles of acceptance and commitment therapy (ACT) when working with clients struggling with body dissatisfaction.

Adria Pearson, Michelle Heffner and Victoria Follette, authors of Acceptance and Commitment Therapy for Body Image Dissatisfaction, applied ACT to the treatment of body displeasure and noted the benefits of helping clients move beyond a focus on body size and shape to live a life in tune with personal values. For example, a counselor might ask a client to create a list of morals, values and attributes that she would like to work toward having or may currently see in herself. This would be a crucial opportunity to point out to the client the incongruence between her morals/values and the concentration she may be placing on her outward appearance.

Spirituality and the body

Initially, almost all of the participants in our research project were a bit staggered by the notion of a connection between their spirituality and their body image. Yet, despite early confusion over or even rejection of this connection, many were able to see and give examples of how their body image and spiritual beliefs could be correlated.

One way in which these two components were tied together for some participants involved the idea of spiritual control over one’s body. Specifically, these women accepted certain limitations concerning their ability to control their physical bodies. They gave ownership of these limitations to a higher power, noting that God “made me how I am” and “I just feel like maybe I am a certain way for a reason, and God wants me to be happy with myself.”

Again, these findings are rich with potential counseling implications. First of all, the participants’ initial surprise, confusion and hesitation concerning a potential connection between their spirituality and body image suggests that counselors may have to take the initiative in broaching these topics. Although such a connection may be relevant, clients simply may not think about the intersection of these two domains and, consequently, could miss a very salient and therapeutically beneficial exploration.

Counselors can begin the conversation with open questions that give the client a chance to think about (likely for the first time) possible connections between spirituality and body image. Potential questions and comments include:

For certain clients, this connection between spirituality and body image may be personally meaningful and significant. In such instances, counseling can delve more fully into a discussion of the ways that a client’s spiritual beliefs could foster body satisfaction. When discussing the spiritual belief systems of clients, however, counselors will want to be cautious not to offer spiritual guidance or instruction to the client. Rather, counselors can remain in an encouraging role, asking open questions and fostering client exploration of spiritual and body beliefs.

For example, a client struggling with body displeasure may believe in her complete ability to control her body size and shape. Disordered eating behaviors may result in part from this belief in personal agency over weight and shape. Yet, this client may possess a spiritual belief system that contains theology about the sovereignty of a higher power.

In such a case, a counselor could help the client explore the ways in which her spiritual views (of little control) might relate to or inform her body image views (of complete control). A client may then begin to apply her spiritual beliefs about divine power to her body size and shape. She may ultimately see her physical body as created by a higher power and thus not fully within her control to manage through a strict diet and exercise regimen. This spiritual belief system may give her the relief of accepting her body.

Inundated by media images of thinness, many women are vulnerable to the ensuing effects of body dissatisfaction and unhappiness. Yet, for some women, attitudes of body satisfaction persist despite these external pressures and societal mores. As counselors, we can learn from these women. The factors that allow them to hold onto a belief in the beauty of their bodies can help us in our work with clients who are struggling with beliefs about the inadequacy and unattractiveness of their bodies.

Juleen K. Buser is an assistant professor at Rider University in Lawrenceville, New Jersey, and a past president of the International Association of Addictions and Offender Counselors. Her research focuses on both adaptive and maladaptive coping strategies such as eating disorders, nonsuicidal self-injury and spiritual coping styles. Contact her at jbuser@rider.edu.

Rachael A. Parkins is a primary therapist at the Renfrew Center in Radnor, Pennsylvania. She received her master’s degree in clinical mental health counseling at Rider University. Her research includes emphases on eating disorders, body image, coping and spirituality.

Letters to the editor:  ct@counseling.org