The following article was inspired by Robert Fulghum’s All I Really Need to Know I Learned in Kindergarten. 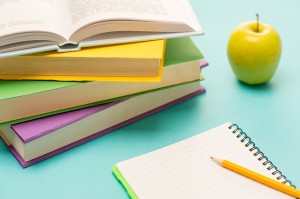 All I really need to know I learned in practicum. Practicum was just the beginning of a rewarding career that includes lifetime learning, giving of self, acceptance when a client is not progressing as I would like and priceless glimpses of what can be accomplished when one is open to change. During practicum, I learned my professional and personal truths and the ideas upon which I intend to base my career.

I learned that individuals intuitively know when you are invested and that it is something you simply cannot fake. My favorite moment in practicum came when a client looked at me with tear-stained cheeks and said, “Thank you for caring about me — really caring about me. I don’t think I’ve ever had that with anyone but my family. Unfortunately, there are many within my family who do not care like you do.” It was hard to believe that in just four short sessions, we were able to break through barriers of distrust and begin to heal the hurts of disappointment.

I learned that verbal abuse can cut much deeper than anything physical. I never believed the adage “sticks and stones may break my bones, but words will never hurt me.” But I do not think I have ever experienced such defeat radiating from an individual as I did recently. In our session, I said to a client, “Tell me one good thing about yourself.” My client replied, “Nothing. I can’t see anything good about me.” She then began to sob. This was my least favorite moment in practicum. It was the result of a lifetime of poor communication and devaluing that had put her in such a deep, dark place — a place I prayed never to lead anyone to. This experience will reverberate with me forever.

I learned that even when someone is really trying to get better, the beast of mental illness can sometimes be too strong to overcome, despite the best efforts of the client or those around them. The client that challenged me the most had seven previous inpatient hospitalizations and 10 previous suicide attempts, three of which occurred while she was hospitalized. For the first four sessions, I knew that my client desired to get better. She wanted to do whatever was necessary. My supervisor, the client and I had talked through suicide ideation for two hours on a Friday afternoon. There appeared to be a turnaround, and work was definitely being done at every session. And then it happened. Two weeks after the Friday talk, the client received a phone call from her primary care physician indicating that there might be a major problem with her liver. No one was home except for the client’s sister. The client thought it would be easier to end her life than to risk being diagnosed with yet another chronic illness. She attempted to overdose on her insulin and found herself admitted to a local psychiatric hospital. In that moment, her fear was too much to bear alone, and she panicked. She fell back into the trap of what she had always done and tried to end her life. Although I was definitely disappointed, I was not surprised. The enormity of her mental illness was at times overwhelming for me. It was certainly reasonable for her to be overwhelmed and to feel like she could not face one more thing.

I learned that counseling is definitely an art and, with practice and opportunity, even the most difficult tasks can be eventually mastered. In the words of Philip Clarke, “Your reflections are your strongest skill. Stop impeding them.” In practicum, this truth finally settled in my mind. I do possess strong reflections, and utilization of them can lead to powerful growth opportunities for clients. For many clients, reflections represent the only time in their lives that they know they have been heard. Just as Dr. Clarke previously had assured me, most of the time my reflections were strong, spot on and succinct. During reflections, I “shared space” with my client and was able to relay immediacy.

I learned not to make assumptions based on what I have researched or read in a book. In my first class, I wrote a paper on borderline personality disorder (BPD). Upon completing the paper, I decided I wouldn’t want to work with that population of clients because therapy is rarely successful and the clients’ self-sabotaging behaviors are emotionally draining for the helping professional. During practicum, however, my caseload was flooded with BPD. Although clients with BPD are challenging and self-sabotaging, it is possible to facilitate improvements, even though they may be minimal. If I am able to make a difference in only one person, then that is one life that I helped to make better. Helping to make life better was one of the reasons I chose counseling. I found that I do want to learn more about this population and that I should not be “afraid” to work with these clients. Rather, I should proceed with caution and accept the challenge.

I learned that every counseling theory has salient points that resonate with me. Prior to practicum, I thought that I would primarily focus on dialectical behavior therapy and solution-focused orientations. Although I do still identify more closely with these two approaches, I am thankful for my knowledge of varying theories. Sometimes existentialism or systems theory are more congruent with what my client needs. I have to be open to what works for the client.

I learned that becoming an “expert” in a given client population is achieved by doing research, observing others who work with that population and reviewing everything that you can get your hands on. I still desire to work with adoptive families. I still desire to work predominantly with the age group I first anticipated — ages 15 to 30. Becoming an “expert” does not always mean there is a certification to obtain. It is important to follow your passion.

I learned it is OK not to have a rigid plan and to go where the client needs to go. I must confess, I have been known to be a “control freak.” Although I still do not believe it is wise to move forward with reckless abandon, it is OK to “roll with it” and be open to working on whatever the client finds important that day. It is OK if the perception of the interpersonal relationship between a client and a loved one is not objective because it is the client’s truth. His or her feelings are never wrong. Although reframing is imperative in many situations, the goal of counseling is life improvement. I have always been a “truth seeker,” and I do not advocate on behalf of misconceptions and untruths. I do not do well with lies. But a client’s truth is not a lie — it is a perception. This growing edge can be applied in my personal life as well. I have gained perspective on what is important in life and how blessed I truly am. I am willing to accept the truths of those I love, although their truths don’t necessarily align with my perception. I acknowledge that I will make mistakes, both professionally and personally, and that is part of “being real.”

I am certain that I will continue to learn in the semesters to come and even when I am a licensed counselor. However, these are the current truths upon which I will grow. These are things that will allow me to earn the privilege of meeting someone where they are and join them on their personal journey.

Sandy Boone is currently pursuing a master’s degree in counseling from Wake Forest University, which she anticipates completing in December 2015. She previously worked as a clinical research coordinator for more than 14 years. Contact her at sfboone@gmail.com.