To ensure the overall well-being of child clients with attention-deficit/hyperactivity disorder (ADHD), counselors frequently work in combination with other service providers such as speech therapists, physical therapists, occupational therapists and sleep specialists. According to the fifth edition of the Diagnostic and Statistical Manual of Mental Disorders (DSM-5), many children with ADHD have also 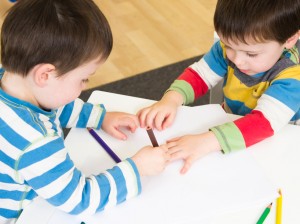 experienced speech delays, gross motor delays and fine motor delays. In addition, many clients with ADHD showcase sensory issues or have a comorbid sensory processing disorder. Many children with ADHD seemingly also struggle to settle down at night, especially when parents are trying to get them into bed.

All of this simply means that the ADHD brain is less mature and has less activity than a neurotypical brain. It is important to note that a doctor will not order an EEG or MRI either to diagnose or rule out ADHD because these findings are not indicative only of ADHD. In fact, many other issues present this way, including the following.

Speech delays: As stated earlier, the frontal lobe plays a key role in ADHD, but it also plays a role in speech production. There is a significant distinction between those with ADHD who have had speech and language delays versus the general population. It is also important to understand that children with speech and language delays typically have attention spans commiserate to where they are developmentally with language. For instance, if a 7-year-old speaks at a 4-year-old level, the child’s attention span may be that of a 4-year-old. This does not mean the child has ADHD. In addition, the child with a speech delay might find it challenging to communicate needs appropriately, so the child may begin to act out, have tantrums or melt down, much as a child with ADHD might demonstrate. Therefore, if a child has a speech and language delay, a thorough investigation needs to be conducted to determine whether the child’s “ADHD types of struggles” (of both attention and behavior) are related to the language delay, or if, in fact, the child also has ADHD.

If a child does have both ADHD and a speech delay, a physical therapist can make recommendations to the speech therapist concerning how to use specific large-body movements during speech therapy sessions. This will bring blood and glucose to the frontal lobe of the brain. This can be beneficial for speech production and will help the child with ADHD to feel more emotionally regulated.

Another speech issue connected with ADHD is speaking too quickly. This will sound almost as if the child’s speech is slurred. This can be due to the cognitive impulsivity related to ADHD. It can be addressed in a psychotherapy session or a speech session by having the child draw slow, wavy lines as the child speaks.

Motor skill delays: The ADHD brain processes slower than a neurotypical brain because of the transportation difficulties with the neurotransmitters and also because of the increase in slow wave (theta wave) movement. Interestingly enough, researchers find that about half of all children with developmental gross motor coordination disorders actually suffer from varying degrees of ADHD.

Why? Possibly because slower brain processing speed is also manifested in motor skill deficiencies. These motor delays are helped by physical therapists. However, there are other techniques used as well because there are activities that can help speed processing in the brain, such as balance-based activities. Physical therapists and occupational therapists tend to work together to incorporate balance-based activities with both motor skill delays and ADHD because the act of balancing the body actually requires the use of both hemispheres of the brain. In turn, this speeds processing, increases focus and decreases impulsivity.

Other extracurricular activities such as gymnastics, yoga and martial arts involve balance and practicing controlled movement, which are crucial for both ADHD and motor skill deficiencies. Some children with ADHD will have difficulty with fine motor issues such as buttoning clothing or tying shoes, and occupational therapists can help with those concerns as well. 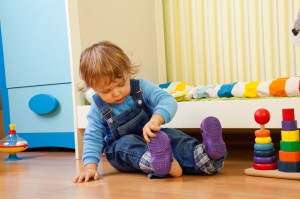 Sensory processing disorders: Reward-deficiency syndrome is when the brain is asking for more dopamine. This can be witnessed in the hyperactive response of those with ADHD when they “sensory seek” (spinning around and around, for example) or “novelty seek” (such as hanging over a two-story banister). Dopamine also limits and selects the sensory information that arrives to the frontal lobe, which is one reason that children with ADHD show these sensory issues. In addition, there is a less developed frontal lobe in cases of ADHD. This poses a “double whammy” because both dopamine and frontal lobe issues are involved with sensory concerns as well.

Sleep issues: Children with actual sleep disorders or inconsistent sleep patterns will showcase symptoms similar to ADHD such as irritability, less developed social skills, attention difficulties, memory impairment, lower academic output, increased internalizing and externalizing of problems, not complying with requests and aggression. Because of this particular symptomology, it is crucial to rule out a sleep disorder before diagnosing ADHD.

Can a person have both ADHD and difficulty sleeping? Yes, but not always. A study was published in The New York Times in which researchers focused on children with comorbid diagnoses of ADHD and a sleep disorder. A year after surgeries or treatments for the sleep disorders, only half of the children retained their ADHD diagnosis, meaning that the other half had been misdiagnosed with ADHD; it was only the sleep disorder causing their symptoms.

It’s important to note that “trouble sleeping” was once a symptom qualifier to secure an ADHD diagnosis. The symptom was removed from the DSM in 1987, but the issue can still occur with some people. Remember that the caudate nucleus and norepinephrine are involved in both ADHD and in sleep, which is one reason people may struggle to sleep some nights. Most children with ADHD tend to have difficulty settling down at night and getting into bed because of their hyperactivity and impulsivity, which can spike in the evening hours. But once in bed and calmed down, children with ADHD can usually fall asleep in a time frame that is considered “within normal limits.” Many children with ADHD tend to wake quickly and experience an accelerated start to their day.

Donna Mac has worked professionally with ADHD for 15 years as a teacher, a YMCA director and currently as a licensed clinical professional counselor in a therapeutic day school. She is also the mother of twins diagnosed with ADHD at age 3. She has published a book titled Toddlers & ADHD, available on Amazon.com, BarnesandNoble.com, Balboapress.com and at her website: toddlersandadhd.com.