A bill aimed at improving suicide prevention and mental health services for veterans has sailed through both houses of Congress this winter. 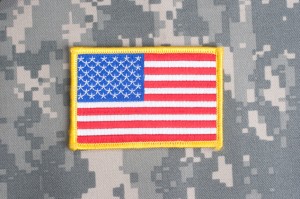 known as the Clay Hunt SAV Act) into law on Thursday, Feb. 12.

The bill, named for a Marine sniper who died by suicide in 2011, calls for an audit of all mental health and suicide prevention practices and programs at the U.S. Department of Veterans Affairs (VA).

“Today, we honor a young man who isn’t here, but should be,” President Obama said at Thursday’s bill signing. “Every single veteran in America has something extraordinary to give to this country. Every single one. … If you are hurting, know this: You are not forgotten. You are not alone. You are never alone. We are here for you.”

Although the bill is a good step, supporting and helping veterans ” is not just a job for government,” said Obama. “Every community, every American can reach out and do more for our veterans. This has to be a national mission.”

Passage of the bill is good news for the veteran community and a first step toward further improvements, says Jeff Hensley, a Navy veteran, American Counseling Association member and licensed professional counselor intern.

In 2012, the VA reported the eye-opening statistic that 22 American veterans die by suicide every day of the year.

“This seems so counterintuitive to those who are part of this [veterans] community, and very scary,” says Hensley, a program counselor at a therapeutic riding center in Wylie, Texas, who does equine-assisted therapy with veterans.

Veterans met the 2012 report with “shock, followed by indignation that we were allowing this to happen here in this country,” Hensley says. “That was the motivation [for the Clay Hunt bill].”

“Getting help really does make a difference, and this legislation will encourage more veterans to get help,” says Hensley. “It will make a smoother transition for those going from active duty to civilian life – continued access to care, all the way.”

The Clay Hunt SAV Act is the culmination of an intense year of grassroots and lobbying work by the Iraq and Afghanistan Veterans of America (IAVA), a nonprofit organization that represents post-9/11 veterans.

Hensley, an IAVA leadership fellow, came to Washington, D.C., last March to talk with legislators and campaign for the bill. He was part of an IAVA team that planted 1,892 American flags in the ground of the National Mall between the Washington Monument and the U.S. Capitol. Each flag represented a veteran who had committed suicide between January and March of that year.

A poignant image of the event, captured by a news photographer, shows Hensley having an emotional moment as he knelt among the flags. A retired Navy commander, Hensley was a fighter pilot who saw combat deployments in Iraq.

Thanks to the efforts of IAVA, the Clay Hunt SAV Act went from conception to the president’s desk in a little less than one year, says Hensley. Both houses of Congress passed the bill unanimously, an exceptional feat in an age known for partisan gridlock. It was passed by the House of Representatives in January and by the Senate on Feb. 3.

When veterans come off of active duty, it is up to the individual to take the initiative to register with the VA. This can be a big obstacle for those who are hurting, according to Hensley.

It is estimated that less than half of post-9/11 veterans register with the VA, and it is impossible to know whether those who don’t register are getting mental health care outside of the VA or not at all, Hensley says.

“A lot of veterans fall off our radar,” he says.

Hensley sees the impact of this reality firsthand in his work with veterans at the therapeutic riding facility in Texas.

“Most of the [veterans] who are coming to us aren’t in the VA system. We may be the only help they’re getting,” he says. “I see it every day. If they reach out and get help, it can make a big difference. … From a counseling perspective, it’s hard to watch this population not get help, to be struggling. But because of stigma [surrounding mental illness], or limited access to care, or whatever reason, they don’t reach out.”

IAVA polls its members each year to collect data and find out what issues are most important to them. The Clay Hunt SAV Act was borne out of member survey data that indicated suicide prevention was a top priority.

Last year, 40 percent of IAVA members who took the annual survey reported that they knew at least one veteran of the Iraq or Afghanistan campaigns who had committed suicide. Thirty-one percent of respondents said they had thought about taking their own life since joining the military.

Clay Hunt, a Purple Heart awardee who served in Iraq and Afghanistan, was seeking care from the VA for post-traumatic stress disorder before he committed suicide at age 28.

“While we are a little bittersweet, because it is too late for our son Clay, we are thankful knowing that this bill will save many lives,” said Susan Selke, as the bill named for her son was passed by the Senate last week. “No veteran should have to wait or go through bureaucratic red tape to get the mental health care they earned during their selfless service to our country. While this legislation is not a 100 percent solution, it is a huge step in the right direction.”

For more information on IAVA and the Clay Hunt SAV Act, visit IAVA.org/SAVACT

More details and the full text of the bill is posted here: congress.gov/bill/113th-congress/house-bill/5059/text