A person’s mind is a mysterious labyrinth of thoughts, feelings, memories, ideas and compulsions; the mind of a young girl is likely even more complex. Disney-Pixar’s latest animated offering, Inside Out, bravely delves into that intricate world in a way that effectively captures the nuances of the way people feel and think—and maybe helps them understand why they act the way they do sometimes.

Developed with the guidance of University of California, Berkeley psychologist Dacher Keltner, the film tells the tale of Riley, an 11-year old whose family relocates from Minnesota to San Francisco. Through the move, Riley loses her friends and beloved hockey team and is forced to transition to a place where pizza is served with broccoli as a topping and the cool girls in school wear eye shadow, much to Riley’s surprise. Guiding Riley on a consistent basis are the five emotions operating at Headquarters (Riley’s brain): Joy, Sadness, Disgust, Fear and Anger. Each is displayed with a 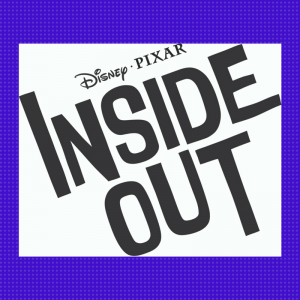 corresponding color (Anger is a fiery red, for example). The emotions take turns ensuring that Riley reacts appropriately to everything that occurs in her life. This is where the viewer can begin to see how this film might resonate with those in the counseling profession—and their clients.

The dominant emotion in Riley’s life is Joy; she’s the “IT” girl, always front and center and determined to ensure that she has a big presence in Riley’s day-to-day activities and any memories that are formed. The other emotions are supportive of this because, well, they want Riley to be happy, and Joy is certainly the best one to make that happen. A shift occurs, though, when Riley finds herself trying to adapt to her new surroundings. Suddenly, Sadness starts to forcibly interject herself into Riley’s day. When the other emotions become frustrated and ask her why she’s behaving in such a manner, Sadness states simply, “I don’t know what’s wrong with me—I can’t help it.” This translates to Riley crying on her first day in her new school, and the other emotions become alarmed and concerned. This scene is a prime example of what this film “gets right” about mental health and also provides an opportunity for working with clients who feel “not themselves” or find that they’re behaving in an unusual manner after a trauma or sudden change in their lives.

People can’t expect to feel Joy all the time, and though we often attempt to push Sadness aside, it’s a normal emotion and it has a place in our lives as well. This scene might be particularly useful when working with young children as it provides a tangible, visual representation of something they might not have the ability to verbalize—being able to see Sadness in all of her gloomy, blue splendor will likely allow a child to better understand that particular feeling.

The importance of Sadness and, indeed, the other less pleasant emotions such as Fear, Disgust and Anger, is highlighted multiple times throughout the film when their roles and functions are explained. Disgust’s job description includes keeping Riley safe by ensuring that she avoids things that could harm her (poison, for example). Fear allows Riley to pause and consider a situation before acting. Anger makes it possible for Riley to express her frustrations and defend herself. These three-dimensional representations of normal, healthy emotions that are often regarded as negative or harmful open the door to conversations about feelings which might otherwise be difficult to address.

One of the characters in the film that will likely spark conversations between parents and children and, perhaps, counselors of children is Bing-Bong, Riley’s imaginary friend. There are some truly poignant scenes revolving around Bing-Bong’s dawning realization that Riley no longer needs him and has in fact begun to forget about him. One scene in particular takes place in “Pre-School Land,” which has a landscape littered with the usual artifacts of early childhood: building blocks, primary colors, dolls, etc. When Bing-Bong arrives on the scene, he witnesses a demolition team tearing down all of these items in order to make room for the other stages in Riley’s life. This scene presents a prime opportunity to talk with children about how they feel about the changes that are occurring in their lives as they make similar transitions from preschool to elementary school to middle school and beyond.

Lest anyone think that children are the only ones likely to benefit from the lessons learned in this film, it is worth noting that Inside Out is frequently touted as an adult movie made for kids. It offers multiple images and scenes that are likely to spark a note of reflection in even the most cynical and hardened adult hearts while the children in the audience are marveling at the bright colors and playful characters.

A primary example lies in the imagery of Riley’s “Islands of Personality.” These concepts— presented as literal islands tethered to Riley’s brain—are named after the most important qualities that make Riley who she is at this point in her life. There’s Family Island, Friendship Island, Goofball Island, Hockey Island and Honesty Island. In a particularly effective approach, when something interferes with the essential quality of these notions, the tethers to one or more of the islands are destroyed and the islands themselves crumble and disappear. The first to go is Goofball Island—it represents Riley at her most silly, playful self. There are images of her running around after a bath as a toddler, making monkey faces with her parents, etc. As she begins to evolve emotionally, Riley no longer displays that particular side of her personality and, as a result, Goofball Island goes dark and falls into nonexistence. Other islands follow suit, and it is likely that adults watching this film will feel pangs of nostalgia as they recall—perhaps for the first time in years—which parts of their personalities have been lost along the way due to factors such as age, environment, obligation, etc. It is conceivable that counselors working with those who feel as if they’ve lost a clear idea of their identities and purpose may be able to reference this idea (Islands of Personality) as a way of identifying what has been surrendered and abandoned along the way, what the effects have been and whether or not it’s possible, necessary or appropriate to reconstruct some of them.

Inside Out marks the first animated foray into the world of emotions and mental health and presents everything in a way that is, above all, accessible. It is a certainty that those who filed into a cool, dark theater hoping for some escapism and an opportunity to be amused for ninety minutes came away with something much more significant—an opportunity to reflect on how emotions impact all of us and the importance of giving each feeling its due.