Heroin addiction has been on the rise for the past several years. The majority of overdose cases involve people younger than 25, but it’s not unusual for individuals who are middle-aged to also be affected. Recently, a friend’s 50-year-old nephew died from an overdose, leaving behind a partner and two young children.

A book published last year shines a spotlight on the devastating effects of heroin addiction. From the Needle to the Grave: My Sister’s Journey With Heroin Addiction as Told Through Her Journals is based on entries made during the last year of life by a woman who was addicted to heroin for 40 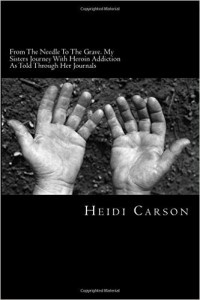 years. Beth died in February 2014 of a heroin overdose at age 56. She died alone and had been dead for several days before her sister, Heidi Carson, was notified by their other sister and the police. While clearing out Beth’s apartment, Heidi came across many years of Beth’s journals, the last entry penned just two weeks before her death.

The book (published using the CreateSpace Independent Publishing Platform) prefaces with Heidi, who is five years Beth’s junior, speaking about her sister’s death and addiction. Although the majority of the book is composed of Beth’s journal entries from the last year of her life, Heidi discusses her sister’s estrangement, the volatile and argumentative relationship between their parents (with Beth and her siblings caught in the crossfire) and the many interpersonal issues that may have prompted and fueled Beth’s heroin use. The book concludes with Heidi’s summative comments about her sister’s life and how she could never escape the addiction, even though she had “never intended to go from the needle to the grave.”

Many people who become addicted to opiates and other drugs never intend a life of use, detox, recovery and relapse — or overdoses. This is especially true today, as evidenced by the significant increase in the number of heroin overdoses among youth across the United States.

Heidi was one of my students when I taught in the Counseling and Human Development Department at the University of Rochester’s Warner School from 1998-2001. We reconnected more than two years ago at her 50th birthday party. Heidi has a master’s degrees in counseling and adult education, and has worked for more than 17 years in behavioral health counseling and programming. She provides many insights and observations about her sister’s struggle with addiction, including the brittleness of her relationships, the seemingly endless cycle of detox, treatment and relapse (with a degradation following each relapse) and, above all, the diminished self-worth, the shame and the sense of missed opportunities and accomplishments in life that Beth felt. Beth faced rejection at a young age and started using heroin when she was 16. This pattern of disapproval and rejection continued throughout her adult life, directed at her by people who could not empathize with, understand or accept the lifestyle of a heroin addict.

Much of what Heidi writes about her sister can be used to understand the experiences of other people who are struggling with chemical addictions. What is unique about Beth is that she lived with a heroin addiction for 40 years — much longer than most people who are addicted to heroin. She was a survivor. What also strikes me about this book is how little people really understand about what the person with addiction is going through and how addiction can be — but need not be — like a jail sentence that ends only when the person dies. Addiction is a treatable psychological, physiological and behavioral illness, not a character flaw or immoral behavior.

Beth was highly intelligent, insightful and able to voice her experience with heroin addiction in a cogent and compelling way. She did not intend to publish her journals but, ironically, her last journal entry included a to-do list, and one of the items was “Get Published.” Another irony? Beneath that entry was “Visit (the graves of) Dad, Mom, Grammy, Nancy and Papa.” Beth was buried alongside her father.

Beth and Heidi are compelling writers, and once I picked up this powerful and instructive book, I could not put it down. I got a good sense of who Beth was — she had a powerful and engaging personality, and I found that I liked and admired her. Her candor, humor, insight, wit, anger, honesty, sadness and optimism were all very apparent. Each reread also provides new insights and understanding of a person’s struggles with anger, pain and distress, with heroin as the failed panacea.

This book reveals and honors the life of a troubled and hurting person who could not shake her addiction but who was still very human — someone’s daughter, sister, cousin and friend. In my life, I have known a few Beths.

Heidi’s book is an act of love, grieving and bravery. It was written with the intent of helping others who are struggling with their own addictions, as well as family members and friends of those struggling, professional counselors, social workers, therapists, psychologists and clergy members.

As a counselor educator and counselor for more than 20 years, I believe this book can be a very useful tool for students and faculty who are interested in working with individuals and families dealing with drug and alcohol problems. Many people with substance issues are reluctant to open up and share their past pain and hurt with counselors. Their shame, and the stigma that others endorse, makes trust difficult. But this book could help open up such a dialogue.

I loaned copies of From the Needle to the Grave to a few women who work at a cafe/bistro in Rochester, New York, as part of a wider program that helps those in recovery get back on their feet via a supportive employment setting and the requirements of their treatment programs. They told me they thought the book was honest and insightful and struck many chords in their own lives. These women, who are battling alcohol, cocaine and opiate addictions, reported how hopeless they had often felt and how they had considered suicide many times to escape their pain and sadness. This book would be a catalyst in a group counseling setting for individuals struggling with addiction.

Another potential use for the book would be spotlighting specific journal entries to apply different models of counseling theory and techniques during a graduate course, in practicum or during an internship. For example, how might cognitive behavior therapy address Beth’s negative thinking? How would journaling reduce her isolation and self-containment? How did she use metaphor in her journal during her most painful episodes?

The book would be useful for courses that specifically address drug and alcohol use by applying the transtheoretical model of behavior change or choice theory. Role-playing scenarios based on a single entry would be illustrative. For example, one could pick many different entries and follow up with “what if” scenarios such as: How would you respond to her raw emotions? What are her most important underlying issues or problems? What kind of group counseling and therapy setting would fit her needs? How would you help her understand and manage her anger and frustration? What recurring patterns in her moods and thinking can you identify? How might her life been different if she had done XYZ or worked on this aspect of her addiction or mood changes?

Based on my own personal and professional experiences, a book such as this one will also evoke the counselor’s (or counselor-in-training’s) own addiction worldviews and personal reactions, which need to be processed in the classroom and in supervision.

Counselors can speculate post hoc about how clients could have changed their path in life. At one point, Beth wondered if her life would have been better if she had had different or healthier parents, if her relationship with a man she loved had succeeded or “if I had followed the Jewish way … if I grew up in a normal Jewish family.” She wrote at length about her experience as a Jewish woman, in a happy and proud way. Interpreting this, a counselor would need to understand gender mingled with 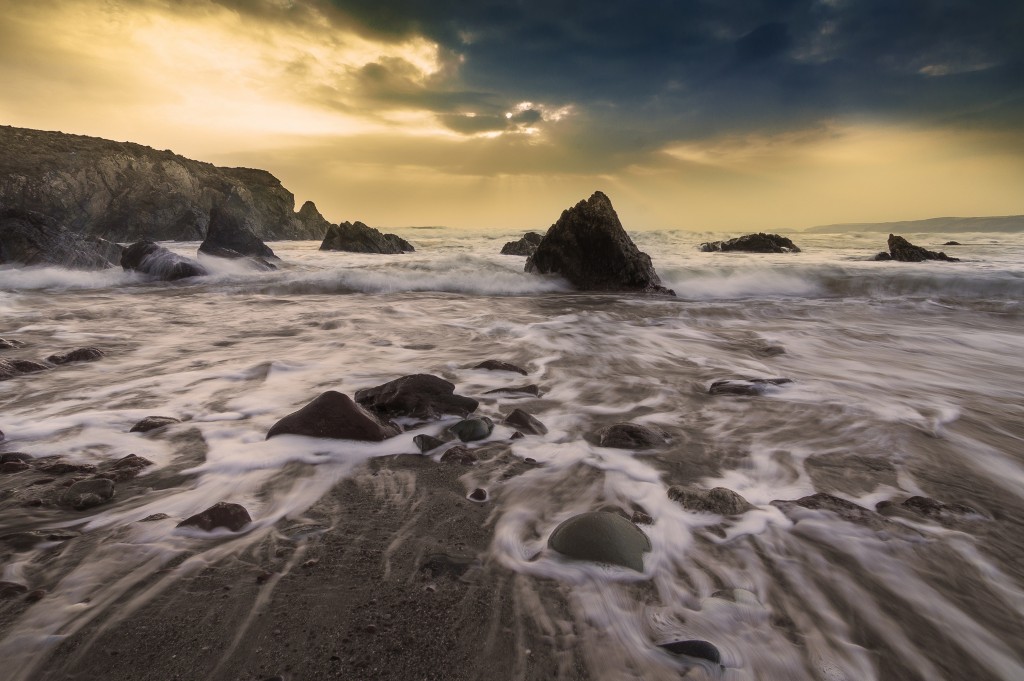 Judaism, drawing on multicultural awareness and counseling skills. One wonders if Beth would have overcome her addiction had she followed the Jewish way to a greater extent. Might her rabbi have been more of a force in her recovery? And could the Jewish way, with its many requirements, observances and corollaries, help others in addiction, even if they did not practice Judaism? We will never know with Beth, but others may benefit.

I would like to think that, in spite of her sadness and suffering, Beth secured some inner peace before she died. Her penultimate entry was energetic and positive, and she expressed happiness. Her final entry, a day later, was dark and foreboding. Her last to-do list, however, was upbeat and included “organizing her bathroom, meet Rabbi, new people … a new life.”

Those who read Beth’s journals and Heidi’s commentary will be the better for it. Beth wrote, “The finality of death is so overwhelming and surreal. I pray to god that I do not die of an overdose as I do not want to go out like that.”

Heidi’s book proves that love (of self and others) is a work in progress, always unpredictable and ironic. Death is hardly final. To quote the wise and great Chief Seattle of the Duwamish tribe, “There is no death, only a change or worlds.” Yes, true love never dies.