What do we want? Dignity!

When do we want it? Now!

This chant echoed across the National Mall on Monday, Aug. 24, as a large group of people stepped off for the inaugural Destination Dignity march.

The event, organized by a coalition of mental health organizations, agencies and nonprofits, was planned to rally against the stigma and discrimination people with mental illness face, from trouble finding housing to increased rates of incarceration and homelessness.

Marchers, many wearing green T-shirts and ribbons and carrying signs, processed along the National Mall in Washington, D.C., finishing in front of the U.S. Capitol. Participants were from the local area, as well as Maryland, New York, New Jersey and other states.

The American Counseling Association was one of the event’s supporting partners; several ACA staffers and local members participated. ACA donated water bottles for the event that featured the ACA logo and the phrase “Step by step, day by day, stand up for mental health!”

Eduardo Vega, director of the Mental Health Association of San Francisco and one of the main organizers of the Destination Dignity march, was among the many people who said they hope the march will become an annual event.

Although Monday’s march was less than a mile, advocates still have many miles left to go before successfully destigmatizing mental illness, said Vega. 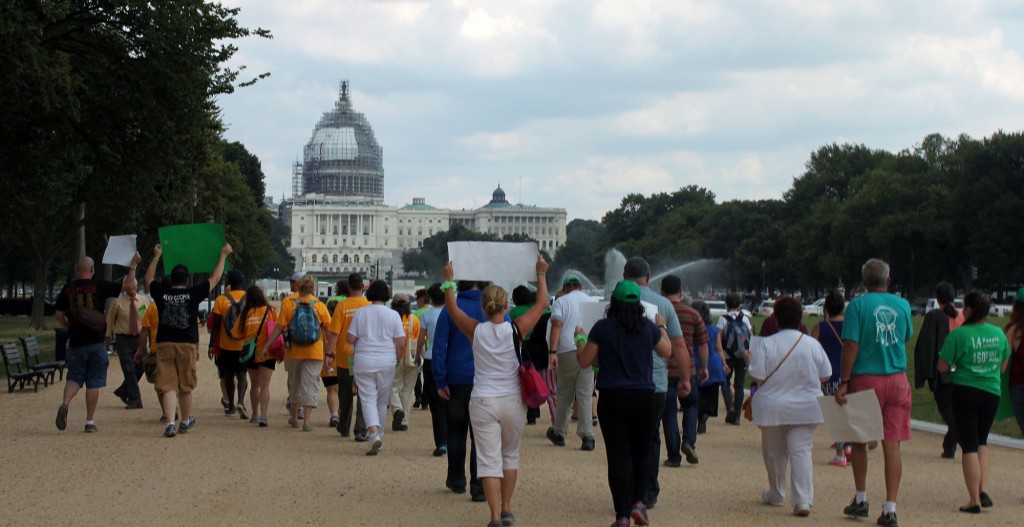 Destination Dignity marchers process along the National Mall towards the U.S. Capitol. (All photos by Bethany Bray/Counseling Today)

Destination Dignity: March for Dignity and Change in Mental Health 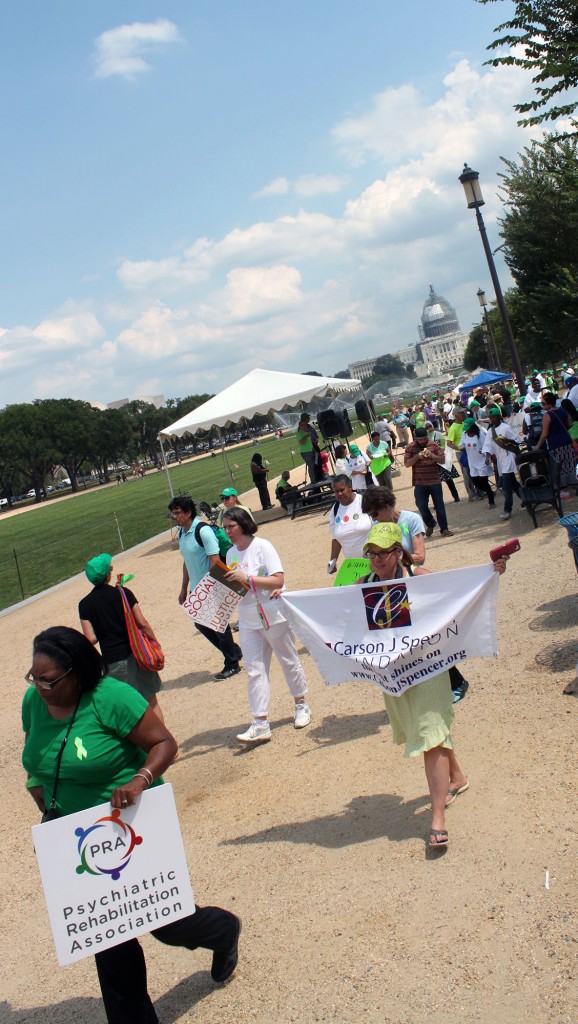 Eduardo Vega, director of the Mental Health Association of San Francisco, rallies the crowd. The back of Vega’s t-shirt reads “People recover. Stigma hurts. You can make a difference. Demand dignity now.” 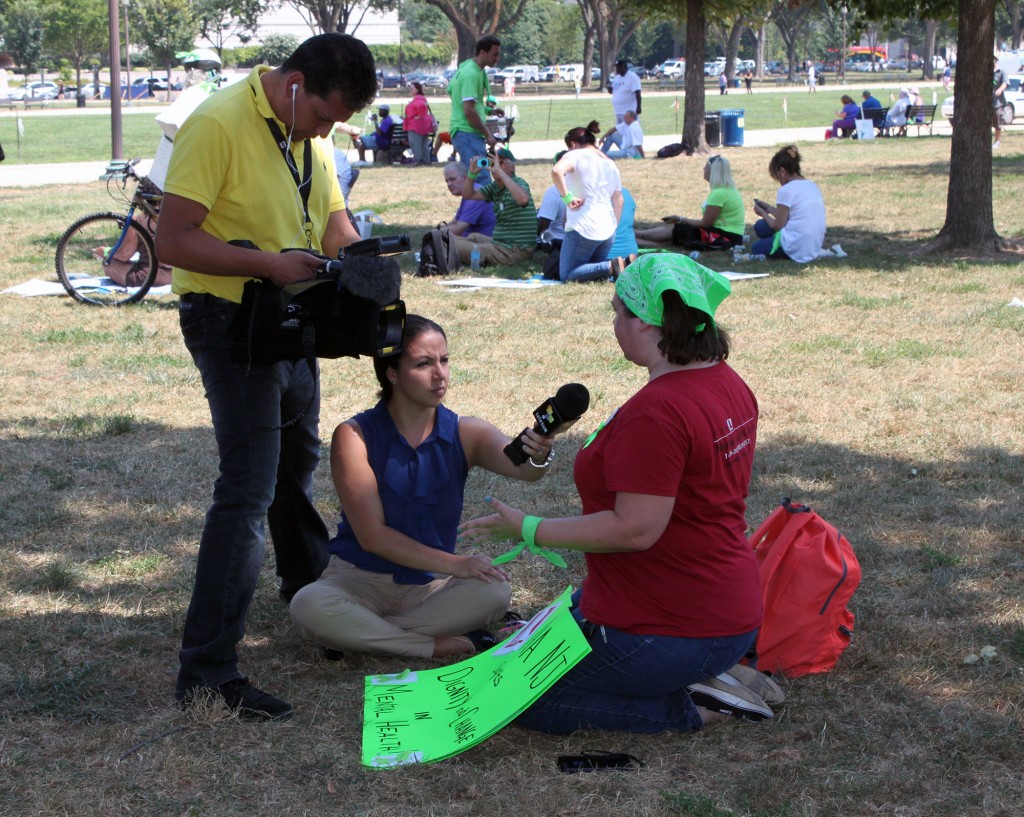 A march participant is interviewed by the local media (Telesur).