In a life of ups and downs, football has been a constant for Chris Harris, a 34-year old limited licensed professional counselor (LLPC).

Among the struggles Harris has faced was a battle with severe depression that threatened to derail his life at a young age. Football served as a saving grace for him during some of his darkest periods — times when life didn’t seem worth living. 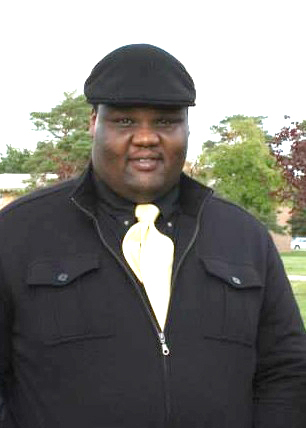 Harris’ example of how football can change lives for the better was featured in the National Football League’s “Together We Make Football” campaign in 2013. He was one of 10 finalists from across the United States featured in nationally televised video clips on Thanksgiving Day.

In the NFL’s three-minute video, Harris explained how football had been a lifesaver for him, in addition to providing him with an opportunity to become a leader and peer counselor on a newly established club team at Oakland University in Michigan.

When he was younger, “I couldn’t see myself living to even be 20 [years old],” Harris says, citing his struggles with alcohol addiction, depression and fitting in with peers. “Anytime I got really down, football would come knocking. That’s why I love football.”

Harris says football will always be a central part of his life, even though his playing days may be behind him. He graduated from Oakland University this year with a master’s degree in counseling.

Harris wants to build a platform from which he can reach people who are wrestling with some of the issues he has struggled with, including depression, anger, alcoholism, bullying and finding focus and direction in life.

He has established a private practice and hopes to eventually specialize in sports counseling and youth development and mentoring. He would also like to become a public speaker.

“I’ve always had a natural passion for helping people,” he says. “With my personal experience with mental illness and trauma, I know how that impacts people. … I have a passion to be a bridge builder.”

When Harris speaks about the potential for recovery and triumph, it’s personal. Counselors should never underestimate the power of growth and development to change a person’s life, he says.

“Even if a client doesn’t see it in that moment, have the vision of them yourself growing and developing to achieve the life that they want for themselves,” he says. “As a counselor, make sure you maintain that vision of them getting healthy, recovering and achieving the triumph that they would like, because it is possible.”

‘I would have never imagined myself being here’

The 6-foot-5-inch Harris played football as a youngster growing up in Detroit. At age 19, he made the roster of the Motor City Cougars and played semi-professionally for four years. 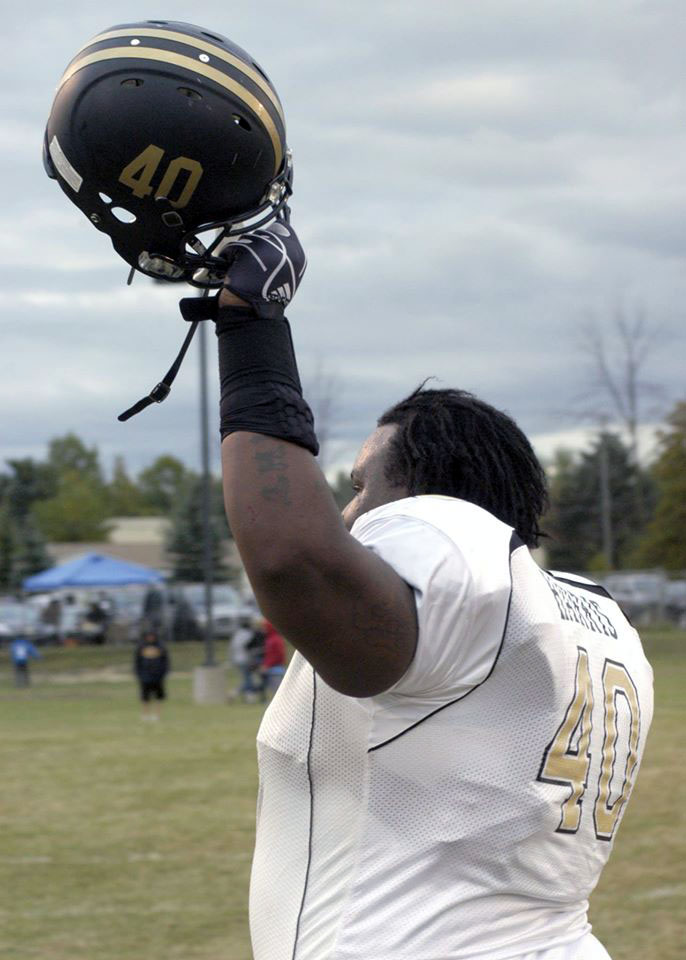 Playing with the Motor City Cougars pulled him out of a downward spiral he fell into after high school, including a bout of depression, alcohol dependency and grief over the death of his grandfather.

He fell into another dark depression in 2009 when he was six months shy of earning an undergraduate degree in social work at Wayne State University in Detroit.

Although his 2009 mental health crisis was as a breakdown, it also marked a breakthrough for him, Harris says. Since that time, he has been able to rise above his struggles and make a 180-degree turn, he says.

He has completed bachelor’s and master’s degrees at Oakland University, where he also was a leader on the school’s club-level football team.

“At my darkest time, I would have never imagined myself being here,” says Harris, a national certified counselor (NCC). “But guess what? I did the work, I sacrificed, I made the decisions, and it happened. I know it sounds cliché, but if I can do it, anybody can do it.”

Harris is starting a yearlong internship this fall with Michigan College Access Network, an organization that works to boost the percentage of Michigan residents who go to college. The organization places particular focus on students from families with low incomes and students who would be the first in their families to seek postsecondary education. Harris will be working in a local high school, where he will advise students on everything from choosing a college or academic major to applying for financial aid.

James Hansen, a professor and coordinator of the mental health specialization within Oakland University’s counseling department, describes Harris as a bright, warm, accepting and curious person.

“He glows with those qualities, and his clients will certainly benefit from that, as [will] the others in the counseling profession he encounters,” says Hansen, who is a member of the American Counseling Association.

“I admire his courage,” Hansen says of his former student. “His own journey informs his empathy and his ability to be an excellent helper. … He has a sincere desire to help others. I admire what he’s gone through.”

Trust and team building, on and off the field

Much like football, counseling is based on building relationships and trust with those you work with, says Harris. The relational aspect of counseling is what ultimately drew him to the profession, he says.

“[Counseling] has techniques and theories. However, it’s all about the relationship, the therapeutic alliance,” he says. “I feel in my heart that it’s the truth – relational health is central.”

As a counselor, Harris would like to work with athletes – a natural fit with his personal experience and with the profession’s relational approach.

“I understand the mentality of an athlete,” he says. “The same things that make them successful on the field of play can get them in trouble off the field – aggression, being strong, being a leader. It’s difficult for athletes to channel that in the right way. You can’t get rid of it (anger, competitiveness, etc.). It’s what you do when you’re angry that gets these people in trouble. I’d like to use my experience as a platform.”

Athletes are hard-wired to understand the give-and-take, trust and relationships that are part of being a tight-knit team, Harris explains. Counselors can leverage these skills when working with clients who are athletes, he adds.

Athletes will especially understand and respond when given a finite task or job to do, Harris says, because that’s what they’re used to in team sports. For example, athletes are used to having to go home and learn their playbook, he says. In counseling, this could translate to the “homework” assignments that counselors often give to clients, such as journaling or communication exercises.

“In sports, you’re used to a script [or playbook], following directions and doing your job,” Harris says. “If [a counselor] can sit down with an athlete, or anyone, and lay the foundation for the relationship to gain and earn their trust – after that, your counseling skills, the ability to sense patterns, read body language, etc., will benefit.”

“Counselors should listen first. Listen to your client speak about what inspires them, what drives them and what they desire,” he says. “Once you’re comfortable and know the client well enough, then you can begin to engage them from that perspective. Bring their struggle back to their strengths.”