John Duggan spends the majority of his workdays talking counselors through the challenges that inevitably confront them in their jobs. From insurance paperwork to licensure issues, questions run the gamut, says Duggan, the American Counseling Association’s manager of professional development. 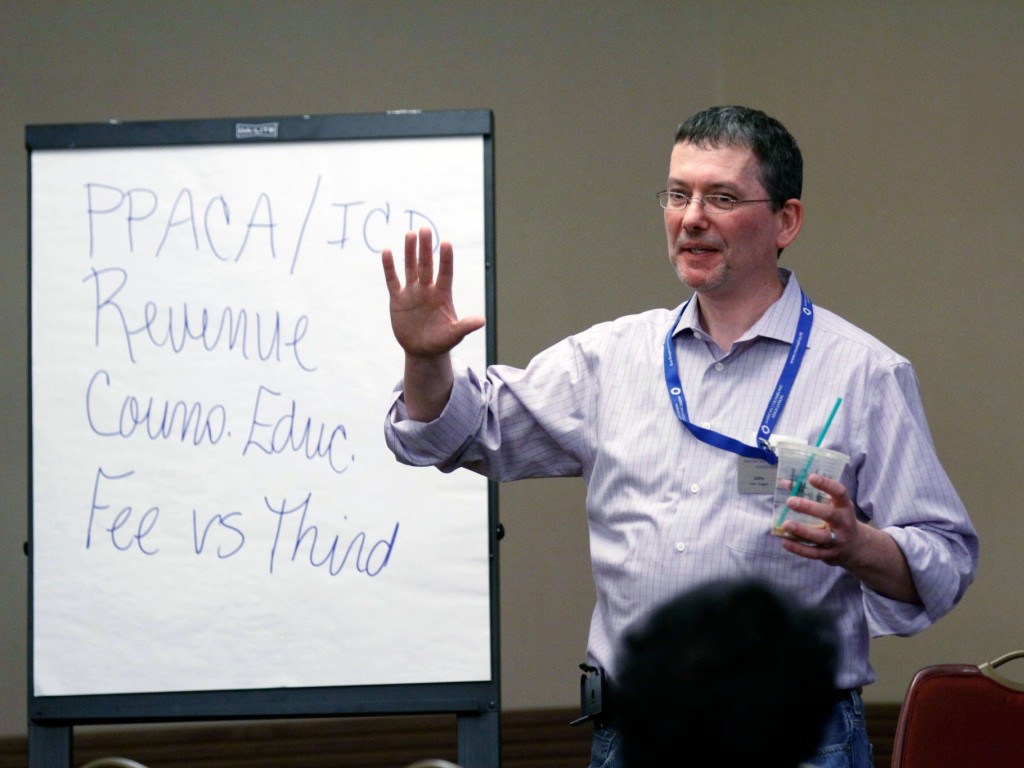 Duggan leads a session titled “The Business Side of Counseling” at ACA’s Institute of Leadership Training in July 2015.

he also possesses a natural love of helping others, communicating, mentoring and teaching, he says.

Duggan joined ACA this past summer, taking over for Rebecca Daniel-Burke, who retired June 30 after nearly eight years as ACA’s director of professional development.

Duggan says his focus at ACA will always be on helping members with the everyday issues that pop up – the “nuts and bolts” of the counseling profession, as he calls them. These include questions ranging from when a counselor should refer a client out to another helping professional, to the regulations associated with establishing a private practice.

“There’s a lot you just never get taught in [graduate] school. I want to help people be ready,” he says. “Being in private practice is hard work.”

Duggan ran a private practice for more than 10 years in Silver Spring, Maryland. His particular areas of interest include the bipolar spectrum, post-traumatic stress disorder (PTSD), dissociation, spirituality, diversity, and multicultural and LGBTQ issues. He also has experience in providing pastoral care, managing clinical services in an agency setting and providing crisis services in a hospital setting.

He has been in the trenches, so to speak, and knows how the job of being a counselor can be isolating, he says.

Duggan experienced something of an unconventional journey to the counseling profession, but he says the skills he honed along the way are helping him in his new role at ACA.

Duggan started out as a writer and producer in television and radio, including documentary film work. From there, he moved into marketing and promotion for radio and TV stations.

In his mid-20s, he had an existential crisis, he says, which led him to leave the media industry and study to become a Catholic priest. Part of his training involved doing chaplaincy work on college campuses and advocacy work with immigrants and refugees through the Catholic Church.

It was this advocacy and social justice work that sparked Duggan’s interest in counseling, he says. After earning a master’s degree in theology, he again shifted course and enrolled in the master’s in counseling program at Marymount University in Arlington, Virginia. 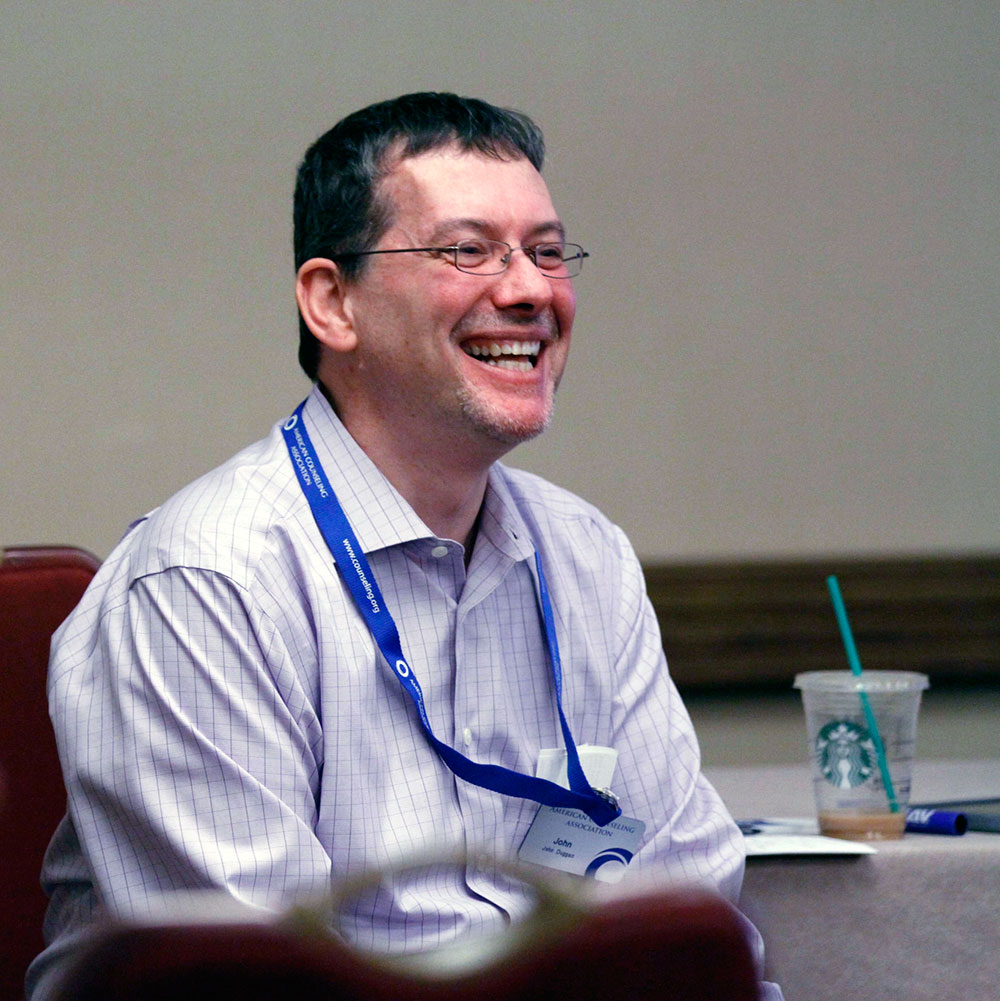 Soon thereafter, he established a private practice and settled into counseling work, eventually becoming an approved counselor supervisor, an LPC and a national certified counselor.

Duggan says he’s always been interested in “helping people tell their own life story.” Whether it’s been through documentary films or his work as a chaplain and professional counselor, his goal has always been to “help people talk about things that are meaningful in their lives,” he says.

At ACA, Duggan’s past experience in television and radio lends itself to the production of webinars and podcasts, while his experience in private practice helps him answer member queries and phone calls.

He decided to apply for the ACA job last year, after calling to speak with Daniel-Burke about a question concerning private practice. He worked alongside Daniel-Burke for a few weeks before she retired, recording a couple of podcasts and working in the career center at ACA’s Annual Conference & Expo.

“Had you told me two years ago that I’d be sitting here [working at ACA], I would have said ‘Are you crazy?’” says Duggan, chuckling. However, when the opportunity presented itself, he came to realize that it was “the next right step” in his career, he says.

Duggan has scaled his own private practice down but continues to see a handful of clients during evening hours. He lives in Maryland with his husband and four cats.

Lynn Linde joined ACA headquarters this summer as senior director of the ACA Center for Counseling Practice, Policy and Research. 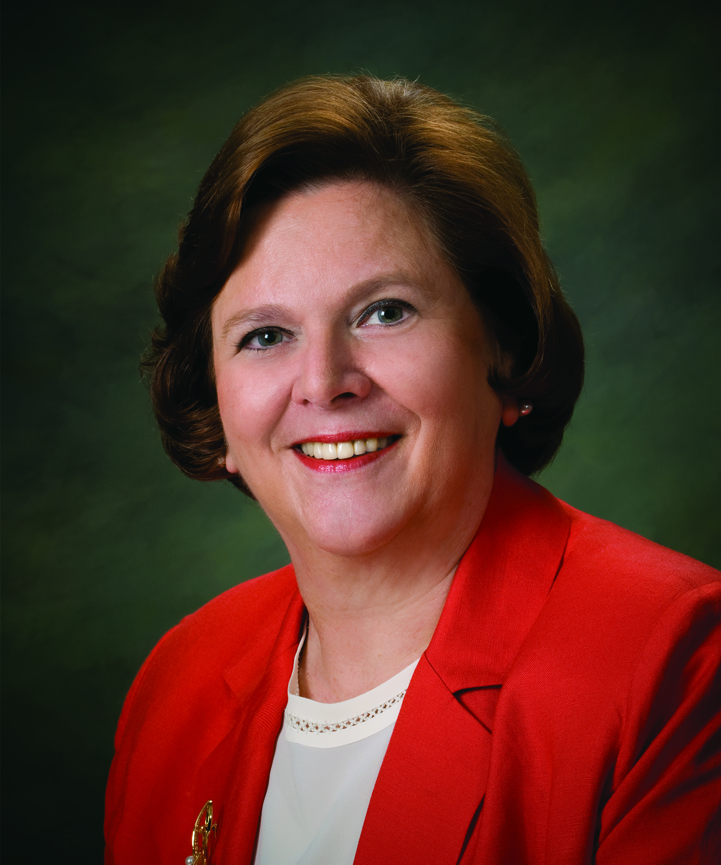 Linde is well known at ACA, serving as the association’s president in 2009 – 2010. She has also served on the ACA Ethics Committee, chaired ACA’s School Counseling Task Force and represented ACA at numerous professional events, including a recent Capitol Hill briefing on the importance of school counselors.

Contact Linde in her new role at ACA at LLinde@counseling.org