Both of the keynote speakers for the upcoming American Counseling Association 2016 Conference & Expo in Montréal, being held in partnership with the Canadian Counselling and Psychotherapy Association, have risen above the heartbreak and hardship that life has dealt them.

Jeremy Richman, a scientist and the father of a child who died in the 2012 shooting at Sandy Hook Elementary school in Newtown, Connecticut, will provide the opening keynote on Friday, April 1.

Silken Laumann, a three-time Olympic medalist in women’s rowing for Canada, will give the keynote on Saturday, April 2, and sign copies of her 2014 memoir, Unsinkable.

For Jeremy Richman, introducing himself is now a two-step process: He is both a scientist who specializes in neuropsychopharmacology and the father of a murdered child. He gained his second 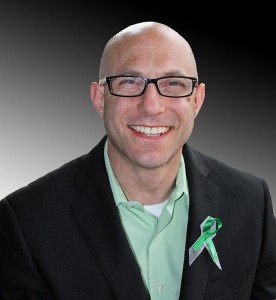 title — a title no parent would want — after his 6-year-old daughter, Avielle Rose, lost her life in one of the worst school shootings in U.S. history. A total of 20 first-graders and six adult staff members were killed at Sandy Hook Elementary School by a mass shooter on Dec. 14, 2012.

Richman works in neuropsychopharmacology, or the study of how chemicals, including drugs, affect the brain and human behavior. He has spent many years in laboratories conducting drug discovery and disease research, including while working on his doctorate at the University of Arizona. Richman’s wife, Jennifer Hensel, is an infectious disease specialist and medical writer.

As they faced Avielle’s death, Richman says, their science training kicked in and led them to pursue the “why” of the tragedy at Sandy Hook. Three days after their daughter was killed, the couple started the Avielle Foundation with a goal of using brain health research to prevent violence.

“What we do as scientists is ask the ‘why,’” Richman says. “The brain is just another organ. It can be healthy or it can be unhealthy, just like the lungs, the heart, the kidneys, the liver. We just need to study it. Unfortunately, brain science is the least explored of all our sciences, bar none. We know more about the bottom of the ocean and the surface of Mars than we do [about] what’s between our ears.”

“When you don’t understand something, when it remains invisible, we build a lot of fear and trepidation about it,” Richman continues. “As a result, all things that we call mental come with a lot of baggage that we call stigma.”

Richman would like to replace the term mental health with brain health. Labels, stigma and a lot of baggage accompany the former term, he says. Offering an example, he points out that a doctor would never call someone a broken arm, but medical professionals routinely label patients as depressed.

One of the goals of the Avielle Foundation, Richman says, is to better understand the risk factors for violence and how behavior is related to the functioning of the brain. To that end, he views behavioral health, including talk therapy, and science research as “two sides of the same coin.”

“We really want to bridge the biochemical and behavioral sciences,” he says. “When it comes to the brain, they’re really the same.”

As an example, he points to someone who is disenfranchised from society and contemplates violence. “What is the difference between [that person’s] brain and the everyday citizen’s brain? Those are the pieces of the puzzle we need to fill in,” Richman says.

Humans’ behavior is related to the proper functioning of the brain, Richman contends. When people change their perspective to see the brain as “just another organ” that needs to be kept healthy, there is less stigma and fear associated with getting help, he says.

“And therein lies our charge. We think that was a big fault in what happened in our case [in Newtown], and that’s what happens on our street corners and in our homes where children or adults are sad enough to hurt themselves or others,” he says. “The more visible we can make [brain health], the easier [the counselors’] job is and the more effectively they’ll be able to get help to people who need it.” The first step is “getting people comfortable about talking about brain health at all,” he asserts.

One byproduct of the school shooting at Sandy Hook has been the creation of an atmosphere in which people in the community are comfortable with and open about discussing mental health, according to Richman. In casual conversations with friends or neighbors, it isn’t uncommon for people in the community to reference something their therapist said recently or a topic they’ve been working on in therapy, he says.

And why shouldn’t it be that way, Richman asks. Why can’t people be just as comfortable talking about a diagnosis that they received in therapy as when a doctor diagnoses them with high cholesterol and prescribes a statin drug?

Says ACA President Thelma Duffey, “When we were exploring options for keynote speakers, and in light of this year’s [ACA] initiatives on anti-bullying and interpersonal violence, Jeremy Richman’s focus on brain health and the relationship between violence and compassion really resonated for me. At a time when their world was torn apart in the most unimaginable of ways, they [Richman and his wife, Jennifer] directed their grief, training and resources to a cause that could make a difference to each and every one of us. … His passion for destigmatizing mental illness, his commitment to exploring the ‘whys’ of violence and his dedication to promoting education and information is truly relevant to our work as counselors. We are so fortunate that Dr. Richman will be our conference keynote. To suffer this kind of loss and to then redirect one’s energy to a mission of preventing violence and fostering compassion is pretty incredible.”

“I believe everyone has a superpower,” Silken Laumann says. “My superpower is my imagination, and I’m always able to imagine what I want to create in my life and how I want an outcome to unfold. … One thing Olympic athletes are really good at is envisioning what they want.” 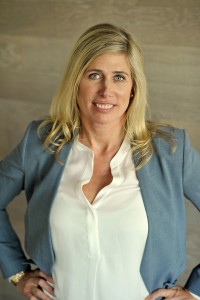 Laumann is no stranger to fighting against the odds to reach a goal. An elite rower and three-time Olympic medalist, she represented Canada for 13 years in international competitions.

In May 1992, just 10 weeks before the Olympic Games in Barcelona, Spain, Laumann was seriously injured during training when her sculling boat (also called a shell) was involved in a collision with another boat. The accident shattered one of her legs. Although she was the reigning world champion in women’s single scull rowing, it appeared the accident would force her to miss the Olympics.

But thanks to an iron will and her willingness to endure multiple surgeries and countless hours of rehabilitation, Laumann was able to recover and compete again at a very high level, winning a bronze medal in single sculls for Canada that summer (she had previously won a bronze medal in double sculls at the 1984 Summer Olympics in Los Angeles and would go on to win a silver medal in single sculls at the 1996 Olympic Games in Atlanta). She was also chosen to carry Canada’s flag during the closing ceremonies of the 1992 games.

Laumann’s 1992 comeback and Olympic triumph is a well-known story throughout Canada. But it wasn’t until much later, 15 years after retiring from professional competition, that Laumann shared her full story in her 2014 memoir, Unsinkable.

Having grown up in an abusive home, Laumann dealt with anxiety and depression — struggles that to many people on the outside seemed to conflict with her persona as an Olympic champion. “There are some people who have a hard time getting their head around it, even after my book has come out,” she says.

After 10 years of counseling, Laumann has come to terms with the darker parts of her story. “Unsinkable was the story that lay inside me. … I had a moment of clarity where I realized I needed to get help [and start counseling],” she says. “I realized that if I didn’t begin to work on myself, I was going to repeat some of the things that I didn’t want to repeat [from her childhood] with my own children.”

It is hard for anyone to accept that they need help, Laumann says, but it is especially difficult for someone who is supposed to be invincible — someone who is associated with strength and overcoming obstacles. “I had the feeling that I was alone. ‘How could I be feeling bad when my life is so great?’ I came to realize that these are very common things people tell themselves,” Laumann says.

At the ACA Conference & Expo, Laumann is looking forward to encouraging and connecting with an audience of counselors — a profession for which she voices a great deal of gratitude — while also sharing a client’s perspective.

“I’ve been there,” she says. “I say this with a lot of respect for other survivors who have worse stories, but I think I’ve been to some pretty dark places and experienced some things that children shouldn’t have to experience, and I’ve come out the other end. … A lot of times counselors are working with people to maximize their potential. That’s really what counseling did for me. It opened up my life and gave me, for the first time in my life, true freedom of choice because I wasn’t being limited by my old belief systems and by past trauma.”

Laumann says she wrote Unsinkable because she felt compelled to be authentic — authentic to herself and for others who might be struggling with some of the same issues.

“To share [one’s] story is very liberating. It gives us the extra courage to get the help we need. Even just the sharing [itself] is healing,” she says. “I needed to share because I suspected there were other people out there who were struggling the same way I’ve struggled, and that hearing from someone they respected about her journey was going to be helpful.”

Duffey says she’s looking forward to hearing Laumann speak, describing the Olympian as inspirational, honest and “amazingly resilient.” Laumann’s story “is a story of incredible determination and strength, with a message that dreams can be big and doable and that even in adversity, we can reach immeasurable heights,” Duffey says.

Laumann is married with four children, including a stepdaughter, Kilee, who is profoundly autistic. In addition to participating in author events and speaking engagements, Laumann engages in a significant amount of advocacy work, including fundraising for autism causes with her husband, David Patchell-Evans.

In 1998, Laumann was inducted into Canada’s Sports Hall of Fame. But what makes her most proud, she says, is when people approach her at public events and tell her that her story has inspired them to get help or make changes in their own life.

“It took a lot of courage and energy for me to put that book out there,” she says. “Those kinds of comments are what I’m most proud of. Whatever I shared gave someone else that little bit of a lift they needed to decide to take that first step.”

Find out more about Jeremy Richman and the Avielle Foundation at aviellefoundation.org.

To learn more about Silken Laumann and her advocacy work, visit SilkenLaumann.com.

Attendees of the ACA 2016 Conference & Expo in Montréal will be able to meet both keynote speakers. Laumann will be signing copies of her memoir Unsinkable at the conference.

Bethany Bray is a staff writer and social media coordinator for Counseling Today. Contact her at bbray@counseling.org 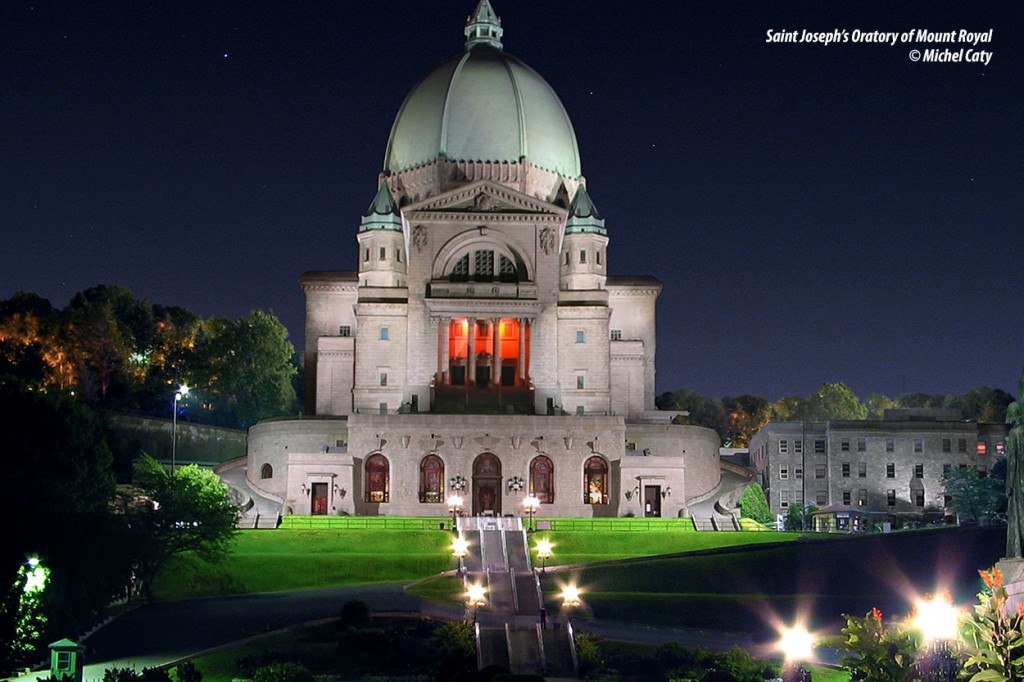