U.S. Sen. Michael Bennet has agreed to co-sponsor a bill that would allow professional counselors to be reimbursed for care of clients who have Medicare health insurance, an issue the American Counseling Association has long advocated for.

The Colorado Democrat’s endorsement of the bill carries significant weight because he sits on the U.S. Senate Committee on Finance.

[Editor’s note: Soon after this article was posted, the bill gained another co-sponsor: Sen. Sherrod Brown (D-Ohio). As of December 2015, the bill has 12 co-sponsors.]

Senate bill 1830, or the Seniors Mental Health Access Improvement Act of 2015, would establish reimbursement of licensed professional counselors (LPCs) and licensed marriage and family counselors (LMFTs) for the treatment of clients whose primary coverage is Medicare, the federal 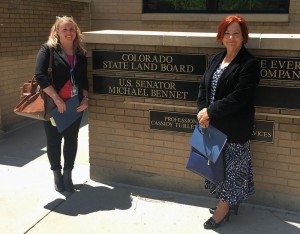 health insurance program for citizens who are age 65 or older. Medicare has covered psychologists and licensed clinical social workers (LCSWs) since 1989, but does not cover LPCs.

“For years now we’ve ben hearing about the baby boomer generation coming onto Medicare. They’re already predicting shortfalls in healthcare, and mental health is no exception,” says Denise Magoto, an ACA member who has advocated for Bennet’s support of S.1830. “There’s not enough licensed clinical social workers to go around. We’re already seeing that shortfall.”

Magoto, a licensed professional counselor candidate (LPCC) at the Mental Health Center of Denver, is all too familiar with the headaches that counselors face over the Medicare reimbursement issue.

Every time a new client comes to the Mental Health Center of Denver, the intake department works to match the client with a clinician based on what insurance they have and whether or not the center would be reimbursed for their care.

“It really complicates the process,” says Magoto, who handles a caseload of clients with serious or persistent mental illness, often coupled with substance abuse.

The crux of the problem is that it keeps professional counselors from helping an entire slice of the U.S. population — more than 40 million people. Senior citizens are far from immune to depression, suicide and other mental health issues, Magoto notes.

Magoto has worked with the ACA government affairs team through the spring and summer to draw Sen. Bennet’s attention to the need for counselor reimbursement through Medicare. She has met with Priscilla Resendiz, a constituent advocate in Bennet’s office, twice; last month, Magoto gave Resendiz a tour of the center where she works.

Resendiz was “incredibly receptive,” Magoto says. When they met for the first time in May, what Magoto expected to be a 10-minute session stretched to an hour and a half.

“(Resendiz’s) visit and the tour were a huge success and it was instrumental in Senator Bennet co-sponsoring this important piece of legislation. Denise was able to highlight the important work that LPCs do and show the staff member why this bill must be passed,” says Harp, who attended Magoto’s meeting with Resendiz in October. “Getting Senator Bennet’s co-sponsorship was a major milestone in ACA’s efforts to get this bill passed. Obtaining Senator Bennet’s support was a crucial because of his seniority in the Senate and because he is a senior member who sits on the all-important Senate Finance Committee, which has jurisdiction over the Medicare program. ACA could not have secured Senator Bennet’s support without all the advocacy work that ACA members in Colorado performed.”

Bill S.1830 was introduced into the Senate on July 22 by Sen. John Barrasso (R-Wyo.) and co-sponsored by Sen. Debbie Stabenow (D-Mich.). After its introduction, the bill was referred to the finance committee; It won’t go for a full Senate vote until more co-sponsors support the bill, says Harp.

One lesson Magoto says she’s learned through this process is to never think that your hands are tied, or that you can’t do advocacy work if you aren’t politically savvy. She admits she’s a novice when it comes to the intricacies of government. Magoto simply knew there was a problem that was affecting her daily work as a counselor and contacted ACA to see what could be done.

“Initially I had some fear … The biggest thing that I’ve learned is that it (advocacy) is a learning process and that’s OK. It doesn’t mean you shouldn’t (advocate or get involved),” she says. “Even though I had no idea what I was doing, I had a resource [ACA] to reach out to and walk me through it.” 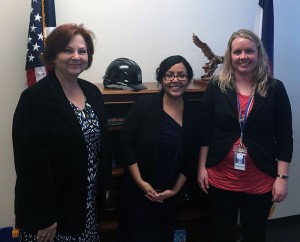 To get involved in ACA’s advocacy for the Medicare bill, and other issues that affect professional counselors, email Dillon Harp at dharp@counseling.org or visit counseling.org/government-affairs