How much would you pay for a piece of equipment that had the ability to modify a person’s mood within minutes, reduce anxiety, heal grief and bring couples closer together? Fortunately, you already have access to this powerful therapy tool, and it costs you little to nothing. Its name is music.

I inadvertently discovered the persuasive power of music when I was an undergraduate working at a shoe store in Atlanta. When we played upbeat music such as soca (a fast-tempo style of calypso) in the store, customers danced in the aisles, and we merrily sold shoes all day long. But after a while, the staff grew tired of listening to steel drums, so we decided to play blues music. Even though customers also swayed to these soulful rhythms, they seemed less pumped up about buying pumps. Sales plummeted.

Ironically, we heard that business increased at a nearby bar. We joked that after a few minutes of listening to the wails of Walter “Wolfman” Washington in the shoe store, patrons started to think, “Ah, 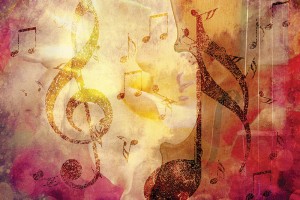 hell. Nobody loves me, and I don’t have any money.” So they would saunter off to the bar down the street instead.

Most of us know intuitively the impact that music can have on our emotions, and neuroscience research is now validating the therapeutic properties of music. Yet many counselors aren’t taking advantage of this mellifluous instrument and using it in their sessions. I was thrilled when I read how American Counseling Association President Thelma Duffey uses music with her clients to help them craft their “musical chronology and emerging life story” (see “Counseling and leading with creative spirit,” July 2015). Prompting clients to create music playlists has also been tremendously helpful for my clients, especially those who are healing from grief and trauma. In this article, I’ll share examples of how you can use music in your sessions, even if you don’t think you’re that creative.

The pain of grief comes from feeling isolated, cut off and separated from someone or something we loved. Composing a playlist of songs that reflects the grieving person’s relationship with a lost loved one can dissolve that sense of isolation and help the client feel an ongoing connection to what he or she has lost.

For example, creating a music playlist sparked a huge breakthrough for my client “Tony,” whose son “Andy” had died of a heroin overdose. Prior to using music in our sessions, Tony had attempted to avoid his emotions by intellectualizing his feelings or abruptly changing the subject whenever a pang of grief surfaced in our sessions.

One day Tony mentioned that the song “I Dreamed a Dream” from the musical Les Misérables perfectly reflected the dejection he felt. When I offered to play this song in our session, he protested, “No! Don’t play it. That song completely levels me. If I hear it, I’ll be a wreck for the rest of the day.”

This led to a discussion about how music can convey the complexity of our feelings better than words can. Rather than focus only on songs that reflected Tony’s grief, however, I suggested that he consider making a playlist of songs that captured the essence of his relationship with his son. Tony liked this idea and began by pulling a few songs from Andy’s favorite artists. Then he added his own preferred music. What follows are several of the songs that Tony selected and his reasons for choosing them.

1) “Father and Son” by Cat Stevens. This song reminded Tony of happy times when he and Andy would camp together and have heart-to-heart talks while they hiked and fished.

2) “My Boy” by Phillip Phillips. This song reflected recent years when Andy was struggling with insecurities and Tony had attempted to reassure him and encourage him to believe in himself.

3) “My Immortal” by Evanescence. Tony wept as we played this pretty song that contains lyrics such as “these wounds won’t seem to heal,” while the song’s words “you still have all of me” affirmed Tony’s continuing bond with Andy.

4) “Stay Gold” by Stevie Wonder. Tony’s affect brightened when he played this tune, stating that it gave him the determination to go on with life in the face of his pain. The lyrics suggest that despite all the suffering, life is but “a twinkling of an eye,” and that love and compassion make life worthwhile in the end.

5) “Sleep” by Eric Whitacre. This song comforted Tony, making him feel OK about taking the time he needed to rest and heal. The song also helped him imagine Andy sleeping peacefully and no longer suffering.

After we listened to the songs together, Tony commented, “Before I did this, all these songs and feelings were rolling around in my head, disjointed and unorganized. This gave me a way to face my fears and bring some order and coherence to my feelings. Even though many of the songs are sad, they give me hope and the will to move forward.”

Creating a playlist that is therapeutic

Even though research suggests that listening to a sad song can offer consolation, you don’t want your clients to make playlists composed solely of songs that will amplify their pain. As Tony commented, the song “I Dreamed a Dream” would have made him “a wreck for the rest of the day” if he had listened to it in isolation.

The secret to making a playlist healing instead of heartbreaking is to start with one or two songs that reflect the client’s current emotional state, then add three or four songs that gradually move the client toward his or her desired emotional state.

This suggestion is based on the concept of entrainment. Entrainment occurs when the rhythm of one object’s movement synchronizes with the rhythm of another. Christiaan Huygens, the Dutch scientist who invented the pendulum clock, documented this phenomenon around 1665 when he observed that two pendulum clocks sitting side by side would fall into a synchronous rhythm with each other. Similarly, our brain waves, heartbeat and motor areas are inclined to align with a song’s rhythm, which helps us to process our emotions and move forward.

Entrainment playlists can also be a very effective way to empower trauma survivors and banish their feelings of helplessness. For instance, in my book The Therapeutic “Aha!”: 10 Strategies for Getting Your Clients Unstuck, I share how music helped my client Maddie, who had been the victim of a gang rape at a friend’s party when she was a teenager.

Maddie came to me for therapy when she was well into her 30s, frustrated that she was still carrying a great deal of rage, shame and guilt related to this incident. A former dancer, Maddie liked the idea of using music to process her traumatic experience. In addition, she discovered that dancing to the music helped her work through emotional material that she had not been able to access previously.

Maddie’s playlist began with the show tune “Everything’s Coming Up Roses,” depicting the naive innocence, excitement and optimism of a child. Then the scene transitioned to Billy Idol’s “Rebel Yell,” reflecting the lightness, fun and excitement of being a cheerleader in high school. Maddie explained that this song also symbolized the way that she and her friends were discovering how to use their sexual power, by flirting and dancing a little sexier as they cheered. She clarified: “I never wanted to use that power other than to find somebody to love me. But women learn to play the game and use this power to get what they think they want.”

The music and dance scene then spiraled downward into the horrific gang rape she had experienced. She chose the song “Fat Bottomed Girls” by Queen for this scene to reflect the randy, entitled attitude the boys used to justify their sexual aggressiveness toward her. Next, the dance meandered through the tormented journey she wandered for years after the incident, vacillating between rage and shame as she continued to look to others for love, approval and acceptance. 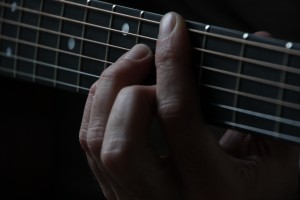 Maddie ended her playlist with an instrumental song titled “Redemption” and the song “Unwell” by Matchbox 20. Puzzled by these two choices, I said, “I’m curious about these last songs. In my mind, you didn’t do anything wrong. What do you think you need to be redeemed from?”

Maddie widened her eyes and dropped her jaw as she exclaimed, “Wow, you’re right. I’m still carrying guilt as if dancing like a cheerleader caused this incident. I’m going to revise this.”

When Maddie returned to our next session, she said, “Most of the songs in the original dance piece don’t resonate strongly for me anymore. They are like pieces of a puzzle that I have already worked. They still fit in the big picture, but I am done with them.”

She concluded that “Black River” by the Lizzy Ross Band now summed up the way she felt about the event because the song was about a woman who had reclaimed her power. Although Maddie had been to many therapists over the years, after just two sessions of processing her traumatic experience through music and dance, she felt like she had finally found the resolution she’d been seeking. Her mood was positive. After a few more sessions, she felt ready to terminate therapy and begin dancing again.

Over the past decade, neuroimaging studies have demonstrated that music influences brain structures involved in emotion and associative learning. Additionally, research has demonstrated that listening to music with slow, “relaxing” tempos or upbeat, “joyful” tempos decreases the release of stress hormones such as cortisol.

Music has also been shown to mitigate pain and release endogenous opioids in the brain. Interestingly, researchers have found that even sad music stimulates activity in the reward and pleasure centers of the brain.

In his book This Is Your Brain on Music, neuroscientist and music researcher Daniel Levitin reported that when humans sing together, our brains release oxytocin, a powerful hormone that promotes emotional bonding. Music making and related activities such as drumming, singing, chanting and dancing have traditionally been pastimes that societies engaged in together to strengthen bonds, connect spiritually and foster group cohesion. Likewise, we can use music in the consulting room to strengthen the therapeutic alliance, help depressed clients feel less isolated and even bring couples closer together.

Incorporating music into your counseling sessions is an enjoyable intervention that can help clients resolve painful feelings more quickly and completely than when using traditional talk therapy alone. I’ve often witnessed dramatic changes when using music in my therapy sessions. Perhaps it is because music helps clients navigate feelings that defy words and integrate those feelings into a more coherent narrative.

Even when music evokes painful emotions, most people find it consoling, and counselors can assist clients in identifying songs that transition them toward more equable emotional states. When used in these intentional ways, music is virtually free of side effects — excepting the occasional flashes of spontaneous smiles, impromptu foot tapping and unsolicited body swaying.

Courtney Armstrong is a licensed professional counselor in private practice who specializes in grief and trauma recovery. She is the author of Transforming Traumatic Grief (2011) and her latest book, The Therapeutic “Aha!”: 10 Strategies for Getting Your Clients Unstuck (2015). Contact her at armstronglpc@gmail.com.